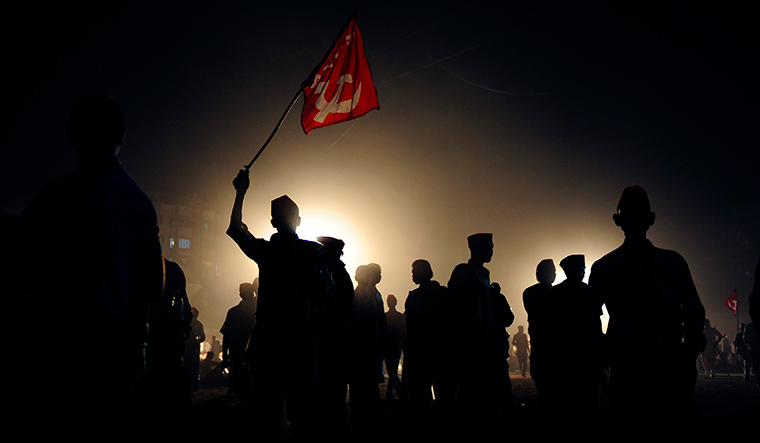 Shantaram Bhoye walked for six days to cover the 180km from Nashik to Mumbai. Hailing from Orambe village in Surgana, Nashik, Bhoye tills three acres for a living. But, the land is not in his name. He said he didn’t get something as basic as a ration card because of this, let alone loans.

Thousands like Bhoye made the storm which hit Mumbai on March 12. Wearing red caps and raising red flags, these tribals and farmers, most of them associated with the All India Kisan Sabha, took their battle to the doorstep of the government, as their Kisan Long March reached Azad Maidan, just two kilometres from the Vidhan Bhavan. An estimate said that some 50,000 farmers participated in the march.

The Kisan Long March was the next logical step for the Kisan Sabha, which had been organising farmer agitations in the past few years. In 2015, nearly 30,000 farmers camped in Nashik for two days to press for their demands, which included a loan waiver. In 2016, thousands of tribal farmers camped in Wada taluk in Thane. The demands included a loan waiver and rights of tribals to till forest land. “The unrest among farmers had been growing,” said Prachi Hatawadekar, an office-bearer of the All India Democratic Women’s Association. “On the one hand, we have industrialists looting the country for thousands of crores of rupees and escaping, and on the other, we have our tribal farmers who are, despite the passage of the Forests Rights Act in 2006, struggling to claim their right to till forest land. So, a month ago the Kisan Sabha leadership committee decided to organise the long march as the next step of the agitation.”

As a committee of Kisan Sabha leaders led by Ashok Dhavle, Ajit Nawale and CPI(M) legislator Jiva Pandu Gavit decided to start the long march from Nashik on March 6, the organisation acivated its village-level committees in four districts. Farmers were asked to form groups of 200 to 400 people. They carried food like bhakri (rotis made from bajra, ragi and jowar) that would last for the first two days. A large amount of foodgrains were collected from people in cities and villages on the way, and was made available to farmers participating in the long march. “We managed to collect more than 4,000kg of rice from Thane and nearby areas. There were households that donated 25kg of rice,” said Hatawadekar. 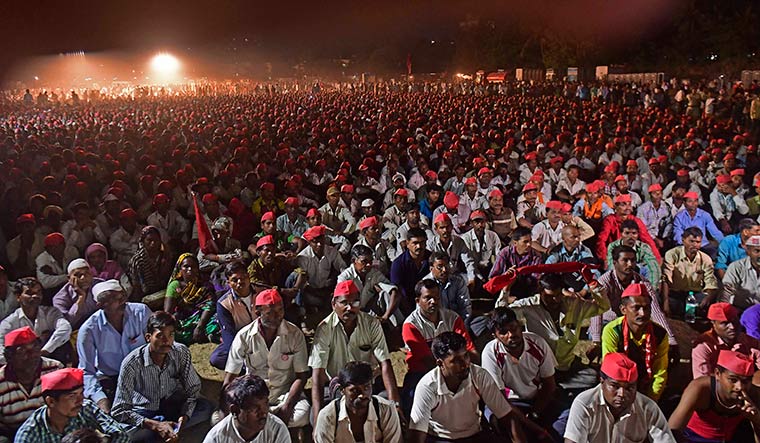 The political support to the march left the Devendra Fadnavis government with no choice but to talk to the farmers. “The government did not reach out to us till we reached Thane on March 9,” said Nawale. “At Thane, irrigation minister Girish Mahajan came to meet us on behalf of chief minister Fadnavis. During the discussion he noted down all our demands and informed us that he would take them to the chief minister and the government would respond soon.”

The organisers of the march took particular care that the agitation did not upset the daily life of Mumbaikars. The farmers walked the last 20km to Azad Maidan after midnight so that they could reach there before daybreak without inconveniencing students appearing for SSC and HSC examinations.

The farmer leaders met a group of ministers led by Fadnavis in the state legislature, and after a three-hour-long discussion, the chief minister agreed to implement the Forest Rights Act and resolve the pending appeals in six months. A special task force will be constituted to ensure the right of farmers and tribals to till forest land. The government has also agreed to include the borrowings by tribals from the year 2000 to 2008 in its loan waiver scheme. The loan waiver up to Rs 1.5 lakh for a family will be given irrespective of the family’s landholding size. The government will give minimum support price to farm produce, as per the recommendations of the Swaminathan Commission. It has also agreed for 31 water conservation projects in the tribal region of north Maharashtra, and to pay higher financial aid to tribals with serious health problems.

The Kisan Sabha leadership demanded that all the promises made by government be given in writing. Accordingly, a note listing the assurances was issued by Chief Secretary Sumit Malik, and it was given to farmer leaders. These assurances were placed before the state legislature in order to give them legal sanctity.

Ulka Mahajan, an activist of Sarvahara Jana Aandolan, who was instrumental in organising a similar march of tribals in 2011, said that the forest department created hurdles in the implementation the Forest Rights Act. “When we had organised our march in 2011, the Prithviraj Chavan government had given us similar assurances,” she said. “But in our experience, forest department creates problems. Revenue department and forest department act hand in hand to deny these rights to tribals. So, it is necessary that the bureaucracy gets a strong message of political will. When the chief minister agrees to implement the Forest Rights Act, a strong message goes to the bureaucracy. This is the success of Kisan Long March. Now, we have to wait and see what mechanism is created to ensure the implementation in six months, as promised by the CM.”

DEMANDS AGREED BY THE GOVERNMENT

Transfer rights of forest land to tribal farmers who cultivate it under the Forest Rights Act, 2006

Minimum support price for farm produce, as per recommendations of the Swaminathan Commission

Solutions for complaint about ration cards Pension and insurance schemes