The World Cup this year was like fantasy cricket. Many nerve-jangling matches through the league stage climaxing with the best-ever final, where even the Super Over could not decide the fate of the game. The chances of this happening in 50-over cricket are almost zero. That is how rare the game was!

For the past few years now, 50-over cricket has been showing a steady decline in fan interest, but then the World Cup comes along and suddenly there is spike in viewership.

Organisers are in a bit of a fix. The format gets true global attention only once in four years and that is insufficient to sustain cricket’s economy. Test cricket has also not been too different this year; most Tests are now getting results as pitches are getting spicier and batsmen trained to play the attacking, power game are struggling to defend to survive. Attack can only take you so far in Tests. 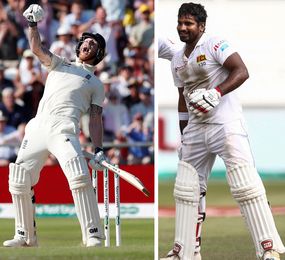 To succeed in Test cricket, a certain amount of defence is absolutely necessary. Even the great Virat Kohli had to draw on his defensive game in big doses against Jimmy Anderson in England last year.

Like the World Cup this year, in Tests, too, we saw some terrific matches, including two games that had unbelievable results made possible by two all-time great innings. And when one says “all-time” in the context of Tests, it carries a lot of weight. Test cricket today is 142 years old!

Sri Lanka beating South Africa in the Durban Test in February was one such game. It was a David and Goliath situation, with the current Sri Lankan team being the weakest it has ever been. Then in comes Kusal Perera, a replica of Sanath Jayasuriya, to play one of the greatest innings in Tests (153 not out). It was not only a great spectacle, but if you feed all the data of that innings into a computer, it will rate that innings as one of the best ever.

Six months later, we had another one! This time crafted by Ben Stokes, the talismanic all-rounder from England. On the brink of losing another Ashes Test, Stokes, in the company of the number 11 batsman, took his team to an impossible win! The last wicket added 76 runs to win the game for England and the contribution of the other batsman in that partnership was one run! That shows how special Stokes’s innings (135 not out) was.

Now here is where being an attacking player really helps; a defensive player cannot accomplish such a feat.

Sadly, despite such great advertisements for the two formats of the game, these formats may still struggle to stay relevant. Perera’s great innings was watched by only a handful of spectators. In fact, the applause we heard on television after every shot was of the Sri Lankan players cheering from the balcony.

Thankfully, Stokes’s blinder came in England, a country that loves Test cricket like no other, and thousands saw his innings at the ground and it got more attention worldwide than Perera’s innings.

That the two formats are losing ground to T20s is from no fault of the players. The world is changing and so are the tastes of sports fans. What I find amazing is that the modern players who are groomed to thrive in the power game are still putting on such great performances in the longer formats.

Tests will clearly not make the sport rich, but will be a platform for us to discover true greatness and performances that fans will remember for years, and not for just a week, like it can be with a performance in a private T20 league.

We still have classical singing and also an audience for it, and I guess so it will be for Tests and ODIs. Fingers crossed.