Tough for Singapore to balance its relationship with China, India: Sanjaya Baru

It was just as well that Arvind Kejriwal was ticked off for his Singapore sling. Attempts to offer post-facto justification for his baseless remarks about a Singapore variant of Covid and a call for suspension of Singapore Airlines flights were totally out of line. Important public functionaries in the Union and state governments must learn to educate themselves about the foreign policy implications of their casual political statements before holding forth.

Whatever Singapore’s faults as a defender of free speech, and the island republic has that problem, and the appropriateness of the high commissioner’s remarks about invoking a Singaporean law in response to Kejriwal’s remarks, the fact is that the Delhi CM made inappropriate remarks and was rightly rapped on the knuckles by the External Affairs Minister S. Jaishankar. 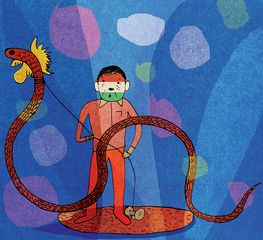 In 1992, prime ministers P.V. Narasimha Rao and Goh Chok Tong launched a strategic partnership between the two nations that has since made Singapore the fulcrum of India’s policy towards south-east Asia and the Indo-Pacific. The city state has become a preferred destination for millions of Indian tourists, students and professionals. Even though China is Singapore’s most important trade and economic partner, India has emerged as a major security partner for Singapore. Balancing its relationship with China and India has been a tough diplomatic act for the island republic. However, in recent years, this relationship is being tested by a variety of factors including the increasingly tense China-India relationship, India’s uncertain approach to regional economic integration and Singapore’s disappointments in its business and economic relationship with India, made worse by the turn of events in Andhra Pradesh’s capital city project.

An important backdrop to the Kejriwal kerfuffle is the issue of race relations in Singapore and communal tensions in India that political leaders in both countries must handle with care. Two developments over the past decade have created problems for the bilateral relationship. First, the growing profile of mainland China across the region and the consequent assertion of a pan-Asian Chinese nationalism; second, the communal politics of Islamic, Hindu and Buddhist extremist groups across the Indo-Pacific. Singapore has had to deal with the increasing assertion of both Chinese and Islamic elements at home and it has, so far, managed this well.

While Singapore’s leadership has always been mindful of racial differences and tensions at home, and has for long pursued a range of social policies aimed at ensuring social cohesion, India is increasingly viewed in the region as a country with similar challenges, but one that is not doing enough to address them. On top of this, China-India geopolitical tensions are generating social discord between people of Indian and Chinese origin in the Indo-China region, as a whole, and in Singapore, in particular.

Indian leadership must remain acutely conscious of the racial, religious and ethnic composition of its south-east Asian neighbourhood and manage its relations with the region with care. After all, before the region came to be called ‘south-east Asia’, it was referred to as Indo-China. The Indo-China region ran all the way through Myanmar, Laos, Cambodia, Thailand, Malaysia, Vietnam, Singapore and even Indonesia, because it was culturally shaped by the two great civilisations of China and India.

Indian leaders and strategic analysts must appreciate that China’s rise and China-India tensions have cast a long shadow across the region. Even as the two Asian giants are engaged in a new ‘great game’ for influence, resources, markets and more across Asia, India’s image in the region has been dented over the past seven years.