Tale of two public addresses in Maharashtra on Vijayadashami

For the last five decades, two public addresses made in Maharashtra on Vijayadashami day have always attracted national attention. Every single word uttered by the RSS chief in Nagpur and by the Thackerays in Mumbai have been followed closely by politicians, analysts and the media.

This year, the speech space is likely to get even more crowded with the Shiv Sena split into two factions. Both groups are determined to hold big rallies in Mumbai, although the Brihanmumbai Municipal Corporation has not yet revealed whether it would sanction a rally at Shivaji Park, where Sena founder Balasaheb Thackeray roared every year with his own brand of hindutva and Marathi pride till his death in 2012. The factions led by Uddhav Thackeray and Eknath Shinde have applied for the venue, with Uddhav making the first move. Shinde has already received permission to hold the rally at the Bandra Kurla Complex (BKC) ground. He is, however, keen on Shivaji Park because of its historic status. Shinde is being egged on by big brother BJP, which wants to deny any legitimacy to Uddhav as Balasaheb’s successor. Both Shinde and the BJP accuse Uddhav of ditching the hindutva ideology in favour of the chief minister’s chair. 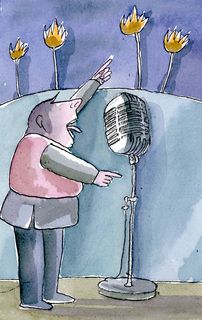 RSS chief Mohan Bhagwat, on the other hand, faces no such challenge and his address will be telecast live by national broadcaster Doordarshan. The speech is a tradition started by RSS founder K.B. Hedgewar in the 1930s. All his five successors in the 97-year-old organisation have addressed the faithful on Vijayadashami, although the last two editions were delivered online because of Covid-19 restrictions.

Ever since the Ram Janmabhoomi struggle was launched in the 1980s by RSS affiliate Vishva Hindu Parishad–later taken up by BJP president L.K. Advani through his rath yatra–speeches by RSS chiefs Balasaheb Deoras, Rajendra Singh, K.S. Sudarshan and Bhagwat have been followed even more closely, with each and every word scrutinised for its meaning as well as its intended target. With the BJP led by Prime Minister Narendra Modi in power with a thumping majority since 2014, the Union government has implemented many of the core demands of the RSS, including a judicial solution to the Ayodhya dispute and the construction of a grand Ram temple, the removal of Jammu and Kashmir’s special privileges, the dilution of the provisions of personal laws of minorities which could eventually lead to a uniform civil code and a new education policy incorporating cultural nationalism and the primacy of Indian languages.

Bhagwat, however, has also been floating a few ideas in his speeches which are more difficult for the Union government to implement, like a vigorous policy to limit population growth and more equality in opportunities, which is seen as a long time RSS agenda for scrapping reservations for the socially backward classes. But the RSS, which has waited patiently for its affiliates to take charge in Delhi, is more than pleased with the present situation, and it is expected that Bhagwat, in his latest speech, would call for more social and economic decisions in tune with some other elements of the RSS vision. While he will address an audience of discipline and attention in Nagpur, Mumbai could witness heated exchanges and even some fisticuffs because of the nasty feud between the two Sena factions.