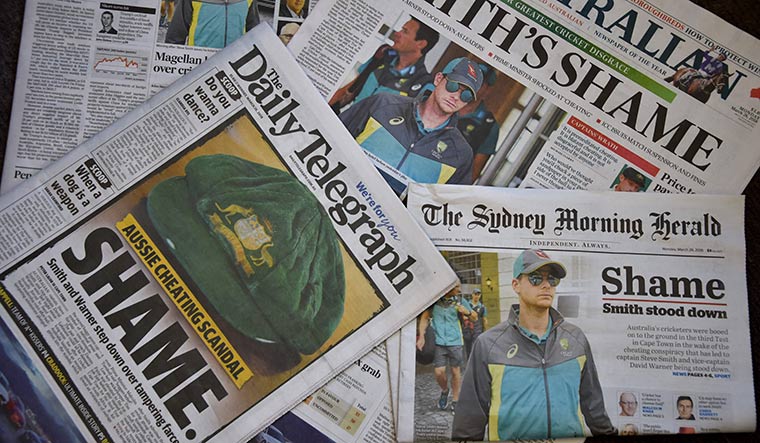 Australians are livid. Sport is paramount in their psyche. Cameron Bancroft’s brazen and premeditated attempt to tamper the ball, at the behest of captain Steve Smith and vice captain David Warner, has shocked and horrified Australians. These are people who espouse the tenets of ‘Advance Australia Fair’, which is enshrined in their national anthem sung with pride before every game.

Ishaan Oak and his classmates at Glenunga International High School in Adelaide were crestfallen to see the ball-tampering news unfold. “We were surprised, angry and saddened because all of us looked up to Steve Smith as the captain of the baggy green,” said Ishaan, 13, who had started playing cricket at the age of four, with his father in their suburban backyard.

He now plays in the Under-14 team at the Kensington Cricket Club and dreams of representing his country one day. “We always try to emulate cricketers in the Australian national team because they have achieved what we are aspiring to. They are my heroes. But, this episode is making me question their sportsmanship,” said Ishaan. The budding cricketer has his own explanation on what could have driven Smith to go to such lengths to dismiss a batsman. “In the age of big bats, flat pitches and small boundaries, I have found that, even at the junior level, the bat always seems to outweigh the ball,” he said. “As a bowler, I find it extremely difficult to take wickets after the shine is lost and the ball stops swinging and seaming. Everyone wants to win, and sport in Australia is very competitive. But, we always play by the rules”. 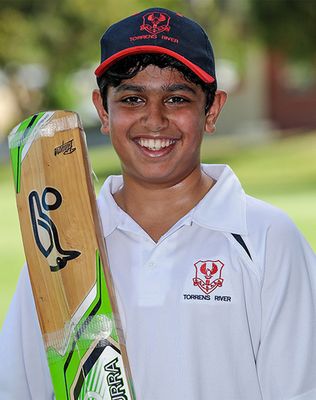 In his apology to fans, Cricket Australia CEO James Sutherland made a special mention of the next generation, “especially kids who love cricket and who have idolised these players”.

Dr G. Harinath, who was a board member of Cricket Australia and president of the Sydney Cricket Club, could not explain to his eight-year-old grandson what Cameron Bancroft was doing as they together watched the replay. “Kids are taught fairness and sportsmanship irrespective of the end result. It has brought the sport and the country into disrepute. The tag ‘cheaters’ would cloud our victories, even if we excel in the future,” said the practising doctor.

The scandal has damaged the country’s reputation overseas and many high commissioners and ambassadors in Canberra were “stunned” by the players’ deeds, Australia’s foreign minister Julie Bishop told the local media. “Australia is seen as a country that plays fair, that plays by the rules [and] abides by the rules. Any attempt to gain an unfair advantage … essentially cheating, is a surprise. I think people were taken aback,” she said.

The eyes of the world are on the Australian team and the administrators. Karen Grega—who has worked in sports management and marketing in football, cricket and now sailing—said, “If we do not or cannot play sport ourselves, the next best thing is to work in sport and/or support a team. This satisfies our competitive streak, instils pride, fuels our passion and gives us bragging rights in the international arena. Our sporting wins and gutsy losses generate animated conversation from the board room to the bedroom. I am hoping that we can turn this around and gain back the national pride and international respect we have lost. We have never had a ‘win at any cost’ attitude. We have openly frowned on those nations that do. This episode has been like someone sucking the air out of our fighting spirit with the ‘cheater’ tag. It almost parallels the five stages of grief—denial, anger, bargaining, depression, except for the last phase, acceptance, [which] is one we will never give into.” 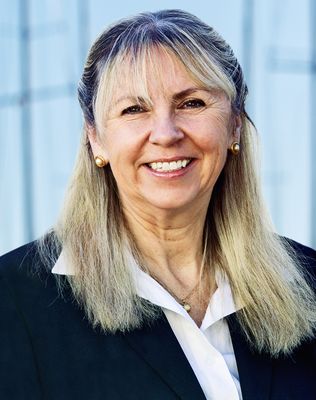 Another avid cricket follower, Gilbert Arnold, said, “The very word ‘tamper’ reminds us of the depth of the malaise. Australia’s self-image is ‘a fair go for all’, and Australians resent the possibility that this perception is not universally shared. We believe our sporting heroes do not need to cheat and never do. When they do, they are condemned.”

In the land of the revered Sir Donald Bradman, this conduct has been hard to stomach. The punishment would have to be significant to reflect the gravity of what has happened and the public outcry over it.

“The Australian public usually always supports their team, but in this Test series they have been questioning the team ethos and how they have been playing,” said Dr Jack Anderson, professor of sports law at the University of Melbourne. “I have been shocked that the players in question did it and thought they could get away with it. India will be touring Australia later this year. It will be interesting to see how many players will be banned from playing, and for how long.”

However, Kerala-born Sabu John, a professor at RMIT University, Melbourne, and the brain behind the smart cricket bat (which reduces the vibration felt on impact with the ball), said: “Australia is an extremely proud sporting nation, and I am sure we will come back from the current lows”.