I regret the act at Lord’s 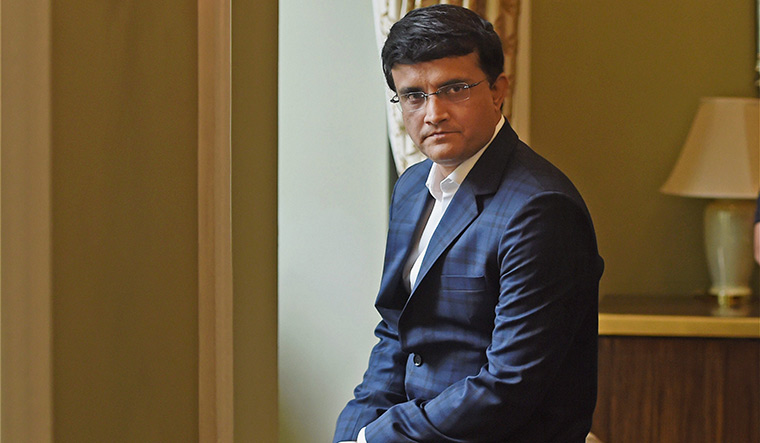 Former Indian captain Sourav Ganguly’s cricketing career saw dramatic twists and turns. Ganguly writes about those emotional moments in his book A Century Is Not Enough. Co-authored by Gautam Bhattacharya, the book is published by Juggernaut.

Edited excerpts from an exclusive interview:

The reason this book [A Century Is Not Enough] is so interesting is that it is about your life as a cricketer, but it is also about anybody’s mental struggle in any profession. Was it difficult to share, given how we want our heroes to be invincible?

No, I think it’s a picture of what happens at the top level. It’s a world where even if you’re playing well, you are still on the edge because you want to remain successful. So, that circle doesn’t stop. The circle of being nervous, having a good day and then going back to a bad day. It’s an emotional journey whether you are the best or whether you are the worst. I have seen the greatest closely. I have seen Sachin [Tendulkar] in his prime. And, I will tell you a story in Australia. He was just an 18-year-old kid and I was about 18 as well, and we were sharing a room in 1991, before the Sydney Test match. I was not playing. So, I was not nervous and I had gone to bed [at] about 10 o’ clock. I woke up suddenly at 2 o’ clock and saw all the lights switched on in the room. So, I looked at Sachin and I saw him walking up and down in the room. He said, ‘I can’t sleep, my adrenaline is pumping. It’s pumping so much and I want to go and get some runs. I haven’t played well at Melbourne in the second Test match.’ And, then he went on to get a hundred in Sydney. So, the journey of a successful person is an emotional turbulence, even when you are at the top.

But, you are more emotional than most people.

I am. But I think there are lots others as well. Some show it, some don’t show it. You look at young Virat Kohli on the cricket field.

Virender Sehwag just said that Virat Kohli reminds him of you.

Did you ever regret any moment of your professional life?

Yes, I did. Waving the shirt at Lord’s!

But, it is the most iconic, popular culture memory of you.

Everybody says that. But, I wouldn’t do it again. My daughter sees it now and said, ‘Why did you do that?’ I said, because I was happy that we won. But, I come from a very conservative shy Bengali family. And, it happened in the heat of the moment. Off the field I was a completely different person.

Why do you regret taking that T-shirt off? It was your payback to Andrew Flintoff; he had done the same thing to mock the Indian side.

I regret it because there are better ways to show happiness at beating England at Lord’s. I am not the sort of a person to take my shirt off and get agitated. I am normally a very docile person. But the cricket field somehow turned me differently. Everybody tells me that’s one of the most defining moments. But, I keep telling them, I wish I had not done that.

Because it doesn’t define you.

Did your daughter think it was uncool?

Yes, she said, you shouldn’t have done that. She is brought up in a convent school and children of convent school are slightly different. She said, ‘That didn’t look good on TV’. I said, ‘Yeah, I also feel the same, but, don’t worry about it. You were not even born when I did that.’

Greg Chappell remains a bad memory. You call it the darkest chapter of your cricketing life. And, you say, you conquered the country with the Australia series, but you could not conquer one of its citizens.

Could not understand one of its citizens.

Do you, today, understand what Chappell had against you?

No. I still don’t understand. I never asked him. I did not get to sit across a table and ask Chappell, ‘What was my mistake?’

What was he judging you on?

For him, it became personal, that it’s either me or him. That should not happen on a cricket field. Yes, you can feel somebody is not a good player. But, there are ways of doing it. It happened in my time when I was captain. I could only pick eleven. And I had to leave another 25 out. But, you should be human enough or professional enough to talk to the other person. When that conversation doesn’t exist in a competitive world, that’s where the problem starts.

It’s quite ironic that [recently] you had a voice in who will be the next coach. But that also came against the backdrop of simmering tensions between Virat Kohli and Anil Kumble. Life came full circle. Did you see that it was poetic justice of some kind?

Yes. As I was going through that incident and I was trying to solve it—trying to get Anil and Virat together because both are excellent cricketers and both have done so much for the country—I thought, ‘Oh God, I don’t want this to happen again.’ You know, get together, sort it out.

It reminded you of your time with Chappell?

Yes, and let the game go on. The only difference was the casualty that time was a captain, and the casualty this time was a coach. So, that was a major difference, but I am actually so fond of both individuals. And I have known Anil so closely. And, there is not a bad bone in his body. Yes, he is intense, he wants to win, he is aggressive when he bowls; you could see it on his face, that’s the personality. But, that doesn’t mean he is a bad person. And, I thought, together they could be a fantastic partnership. The team is still doing well; the way they played one-day cricket in South Africa was remarkable. But, even with Anil, it could have been remarkable.

Did you try and make peace between Virat and Anil?

We did. We tried. We went to Virat and said, ‘Do something, sort it out and move on because I think he will be helpful, he is a good man, he doesn’t have a bad bone in his body.’ I think some miscommunication happened somewhere. And, Virat is a great person, too. I don’t meet him much but when I see him on TV and what he does in life, you see that there is a heart somewhere.

In the book you don’t tell us how you felt about Shah Rukh [Khan] taking the decision to drop you [from the Kolkata Knight Riders team]?

As I said, it is pretty acceptable. Even for him, if he doesn’t give a hit, I am sure the producer would look for somebody else for the next film. And, I said he can produce his own films; we can’t, because we have to get selected by someone.

But, you were not such a fan of the IPL auctions being a measure of the cricketer’s worth?

The IPL auction is not a reflection of how good the cricketer is. Because, a lot of it is on supply and demand. I have seen franchise owners panic on the table.