Theoretical physicist E.C.G. Sudarshan was a great orator and listener too 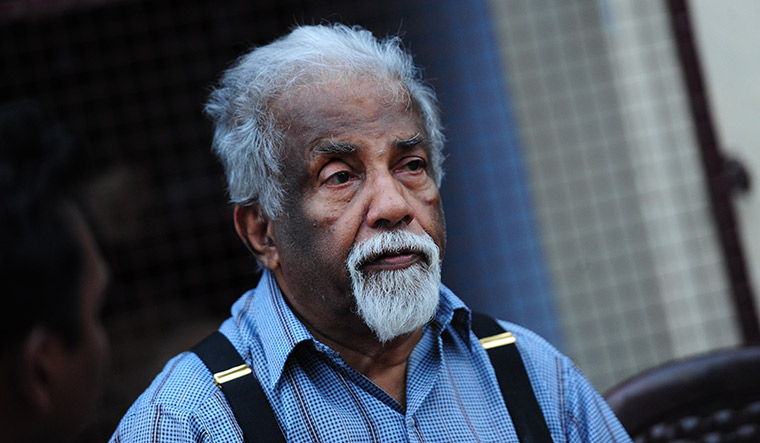 The University of Texas at Austin, in its obituary notice, “mourns passing of George Sudarshan, titan of 20th century physics”. They did well by him after the event, but perhaps not enough. Why would a titan not have been honoured with a chair, as his American colleague Steven Weinberg had been? In fact, George had persuaded American theoretical physicist John Wheeler and Belgian chemist and physicist Ilya Prigogine to move to Austin. Weinberg followed. George was interested in some of the most fundamental problems that theoretical physics was confronted with and took a giant stride when he formulated the V-A theory of the weak nuclear forces, having analysed the problem theoretically for his PhD thesis, supervised by Robert Marshak.

When I first met George, I was a 20-year-old headed to Cambridge University. Sudarshan was then director of the Centre for Theoretical Studies at the Indian Institute of Science at Bengaluru. I was allowed to make use of its facilities and attend the seminars held at the centre. The fact that George would listen to me as I discussed my ideas with him was a great honour for me. He took students seriously, and was very encouraging.

I had lost touch with George for a considerable period of time. In the interim, I had heard and read about his connections with Maharishi Mahesh Yogi, which did little to enhance his reputation as a physicist. In those days, topics like consciousness and the mind were not regarded as being amenable to scientific research. As luck would have it, within a few days of my arrival in Delhi [from Cambridge], I met him at the India International Centre (IIC), where M.L. Sondhi of the School of International Studies, Jawaharlal Nehru University, was holding a conference with George as one of the speakers. He did not recognise me then, as so many years had elapsed.

A year later, we had a conference on the foundations of quantum theory, and George had agreed to be on the advisory committee. He was a huge asset at any conference, with his ready wit and his stature as a theoretical physicist. Eminent foreign scientists met more than their match in him. When he could not come to a conference, it was invariably on account of illness. He had a heart problem, which was discovered during a medical checkup, and he could not come that year.

George was particular about his early morning walks, and I joined him whenever I visited him in Austin or when he came to Delhi. In the early days, he used to stay with a nephew in Jia Sarai near IIT Delhi. He would use the small turnstile that led from the village to the verdant IIT campus. His nephew had rented a barsati (a small room on the terrace), which was not exactly roomy. But, George had no problem sleeping there.

In 1997, we had a conference at the IIC with Ruth Braunizer, the daughter of Austrian physicist Erwin Schrödinger, present. George gave a command performance that had the audience in splits. The conference that we put together on 70 years of Schrödinger’s wave mechanics was pivotal to the creation of Centre for Philosophy & Foundations of Science (CPFS). Later, when CPFS had moved to Panchshila Park, the park proved to be a good alternative for our walks, except that on occasion we would lose our way. Talking about the arrow of time, we would often forget its passage.

George was a very considerate person, who took into account people’s feelings. At the same time, he stood his ground, as I found once when he was involved in an argument with Prigogine in his office. Not too long afterwards, Prigogine passed away.

At no time did we think it could happen to George, as he bounced back from many a crisis. Sic transit gloria mundi [thus passes the glory of the world].

The writer is director, Centre for Philosophy & Foundations of Science, and president, World Institute for Advanced Study.