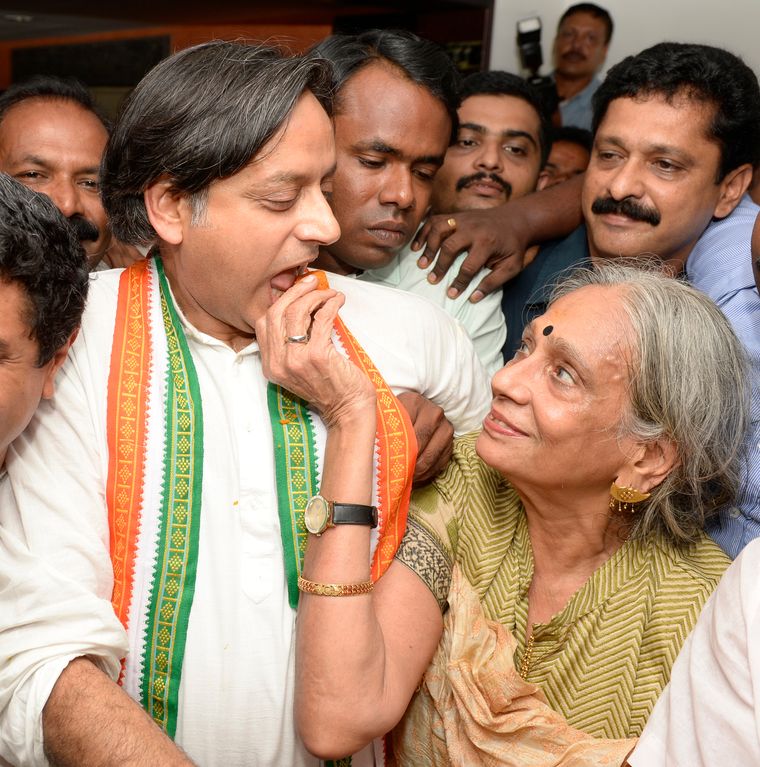 My mother just bought a new car. It is a gleaming red Nissan Micra, and she proudly drove it to the temple to get it blessed before journeying to the market and bank. Nothing exceptional about any of this—except that she is 82.

I have been pleading with her for years to get a full-time driver, but to no avail. She relishes her independence. A couple of years ago, she finally agreed to hire a driver for her frequent four-hour drives from Kochi to her tharavadu veedu (ancestral home) in Palakkad district. But for shorter trips, she prefers to be behind the wheel, not in the back seat.

She also stubbornly refuses to hire full-time domestic help. She cooks, cleans and entertains guests. Yes, a maid comes in for an hour a day to scour the dishes and mop the floors, but that’s it. Self-reliance is my mother’s mantra. She doesn’t like depending on others’ help.

My sisters live abroad. My mother lives alone. In recent years, I have begged and pleaded with her to move in with me, but she declines. She comes for a few weeks at a time and gets restless. She likes being in control, enjoys her routine and her neighbours. She regularly phones a wide circle of friends and relatives. She reads incessantly and borrows books from a circulating book club. She admits she feels lonely, but that has been the case since my father, a larger-than-life dynamo, passed away a quarter of a century ago at 63.

Her antidote to boredom is the internet. She is a tireless emailer and browser of articles, which she forwards widely. Recently, she has discovered WhatsApp and is unremitting when it comes to passing on morning greetings, trending videos, and, occasionally, ‘fake news’. In her time anything that appeared in print was reliable, and she extends the same credulity to what she reads on the internet. But offline, her scepticism is her shield.

My mother and I have not always had the easiest of relationships. What mother and son do? I know my personal and professional journeys have challenged her. And, as I know too well, she is a direct, no-nonsense woman. She can be charming if she wants, but generally does not waste time on pleasantries. When others feel the whiplash of her tongue, I shrug apologetically: “Welcome to the club.”

Growing up, I often felt that nothing I did was good enough for my mother. She had the highest expectations of me, which meant she never allowed me the luxury of self-satisfaction. She never congratulated me on my prizes or distinctions; they were expected, nothing more.

The result was that she drove me to excellence. She drove me, too, to debate and quiz competitions, to All India Radio to participate in children’s programmes, and to act in school plays. As the mother of two beautiful daughters, she pressed them to enter the Miss Calcutta contest in 1979. One sister won, the other was first runner-up. My mother expected nothing less.

My mother is multi-talented, but does not stay focused for long. She sings beautifully, but is untrained. A music director who heard her at a party once called her for an audition, but she chose an unwisely high-pitched song and, unused to the studio’s sound system, screeched herself out of a playback career. She has tried pottery and ceramics. Every visitor to my home is awestruck by a Ganesh she painted on glass in the Thanjavur style, and yet she has given up painting. I dedicated my 2001 novel, Riot, to her: “tireless seeker who taught me to value her divine discontent”.

Still, she can be determined when she has something to prove. After my father passed away, she single-handedly built a house in the Coimbatore suburbs, overcoming innumerable obstacles, and named it for her childhood home. Her point made—that she could do it—she sold it thereafter.

She disapproved of my entering politics, and prays regularly that I quit and return to what she sees as respectability. But, she has queued up to vote for me each time, and when I faced a particularly tough race in 2014, gamely climbed onto my campaign wagon to show her solidarity and support.

She goes on vacations with her septuagenarian friends, pays tribute annually to Sai Baba’s samadhi at Puttaparthi and travels widely solo. She embodies the principle that you are only as old as you allow yourself to feel.

As she confidently soldiers on in her 80s, with two titanium knees, both eyes surgically freed of cataracts, but refusing to surrender to age, I feel an admiration welling up for her that I have rarely been able to express before. I grew up thinking of my mother as critical and temperamental. But, I failed to see the steel beneath signs of her insecurity, brought on by the ill-health of an improvident husband. Her strength in coping with such an early bereavement, independence of mind and body, faith in herself and determination to face life on her own are an extraordinary lesson.

I am lucky to have a mother who sets such an amazing example. Happy Mother’s Day, Mummy.