A look at the reasons behind the worsening Sinhala-Muslim rift 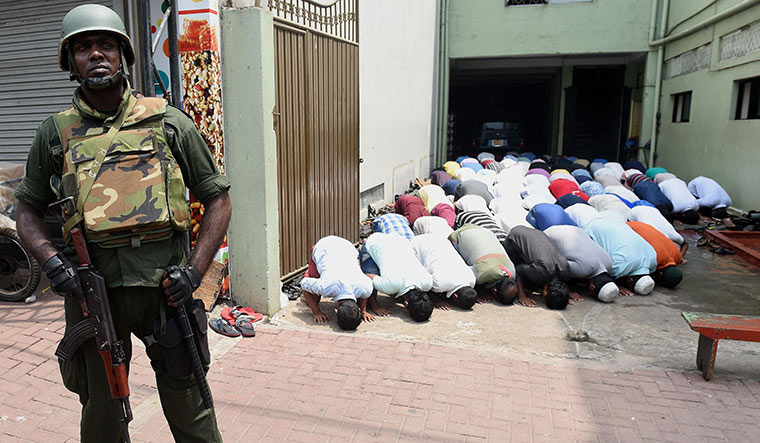 In search of peace: A soldier stands guard at a mosque in Colombo as Sri Lanka recovers from a bout of Sinhala-Muslim riots | Getty Images

Mohammed Lafeel was once the proud owner of a shop that sold mobile phones and accessories. His shop in Digana, near Kandy, was located in an area where nearly 70 per cent of the businesses were owned by Muslims. Today, charred remains mark the spot where his shop stood. On March 5, a Sinhala mob looted and torched shops owned by Muslims. Shops selling expensive items like mobile phones were specifically targeted.

Trouble has been brewing in Kandy district since February 22, when four Muslims attacked a middle-aged Sinhala truck driver following a minor accident. The victim, a Buddhist, succumbed to injuries on March 3. As March 5 was declared a day of mourning, Lafeel and other traders did not open their shops. That, however, did not deter the violent mob.

“Ten years of hard work has turned into ashes. I never imagined that it would turn into a major riot,” said Lafeel, standing in a neighbouring shop, owned by S.B. Ekanayake, a Sinhala. Ekanayake’s shop also caught fire in the attack, and was partially destroyed. Hanif Mohammed had a fabric store in the same row. That, too, was burned down completely. “We sold denim cloth and different types of material which we bought wholesale from factories,” said Hanif. “My loss is over seven million Sri Lankan rupees (Rs 30 lakh). The local council said we were eligible for some compensation. But, will it be sufficient to cover our losses?”

As violence spread, the government declared a ten-day emergency. By March 18, the security forces managed to take charge of the situation, after which the emergency and curbs on social media were withdrawn. 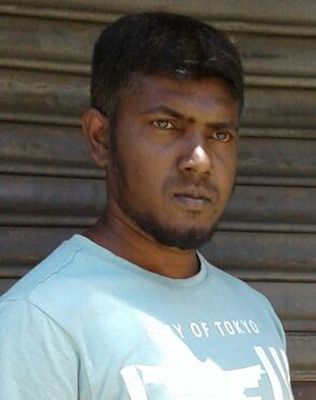 While the death of the Sinhala driver is said to be the immediate cause behind the riots, ineptitude and inaction by local police also played a role. Anti-Muslim rhetoric by communal elements added fuel to the fire. But, none of these explanations could adequately explain the frequent outbreak of riots in south and east Sri Lanka since the war with the Tamil separatists ended in 2009.

There are certain entrenched socio-economic, historic and political factors behind the Sinhala-Muslim conflict. The growing Arabisation of Sri Lankan Muslims is one such issue. Over the past three decades, they have shifted from the traditional sufi Islam to the Saudi Arabian brand of Wahhabi Islam, especially in eastern Sri Lanka. The growing ghetto mentality has driven the Muslims further away from the mainstream. The emergence of militant Buddhist groups such as the Bodu Bala Sena after the civil war, and the manner in which they target Muslims have added to the sense of alienation among Muslims. Such groups have been successful in creating a fear psychosis among the Sinhalas, too, making them worried about the cultural and religious practices of the Muslims and their alleged links to jihadi groups.

Even before the recent riots, there was tension in the region because of a series of incidents in southeastern Ampara. Rumour-mongers, especially those on social media, spread word that local Muslims mixed “sterilising pills” in food being sold in eateries. Although a government analyst later certified that what was found in the food were lumps of carbohydrate, the impact the rumour had on the Sinhalas, especially those from rural areas, was huge. They have now started thinking of Muslims as a cultural and economic threat.

The economic angle is significant. In riot-prone areas like Digana, Teldeniya, Ampara and Aluthgama, the Sinhalese fear the domination of Muslims because of the perceived success of the Muslims, especially in trade and business, although a scientific analysis of the economic status of Muslims is unlikely to reveal any significant advantage. The Muslims, however, have started dressing differently, changing from the traditional Sri Lankan attire to Arab dresses, conveying a sense of affluence. So, the Sinhala majority believe that the Muslims are doing better, growing fast and are fostering a culture which is alien to Sri Lanka. 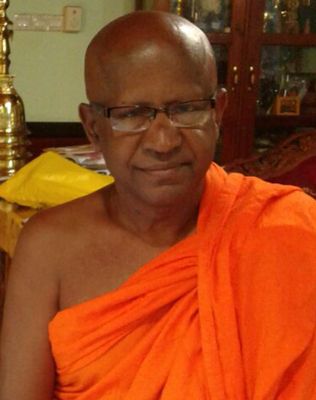 The recent riots broke out immediately after the local elections, which former president Mahinda Rajapaksa’s party won in a landslide. There have been insinuations by the current regime that Rajapaksa and his supporters were behind the instigation to target Muslims. The charge was supported by military intelligence as well. Rajapaksa, however, said peace and stability could be achieved only by multiethnic and multicultural political parties.

People from the riot-hit areas, meanwhile, hope to create something good out of the crisis. “We are planning to form multiethnic committees in business societies and interact more regularly with chief monks in temples,” said Mohammed H.A. Sameeu, a former school principal from Digana. He said Buddhist monks were working to prevent the violence from engulfing the whole of Kandy. “The Venerable Thalpotha Dhamma Jothi Nahimi, the chief monk of the Buddhist centre in Balagolla, came to our mosque and offered us protection during our prayers,” said Sameeu.

Monk Dhamma Jothi helped protect the Balagolla mosque and the Kumbukkadura mosque and persuaded local Sinhalas not to attack Muslims. “On the fifth evening, when it was evident that things were getting out of hand, I used loudspeakers to get all villagers, including Muslims, to come to the temple premises. Over 3,000 people turned up,” said monk Dhamma Jothi. “I reminded them of the importance of seeking refuge in kindness, understanding and wisdom as preached by the Buddha. The Sinhalas collected rations worth 25,000 Sri Lankan rupees (Rs 10,000) and we handed it over to the Muslims,” he said. “Monks from different locations in Kandy worked in unison to ensure that the violence did not spread. If it had, the whole of Kandy would have been engulfed in violence, and we would have had a horrendous situation.”