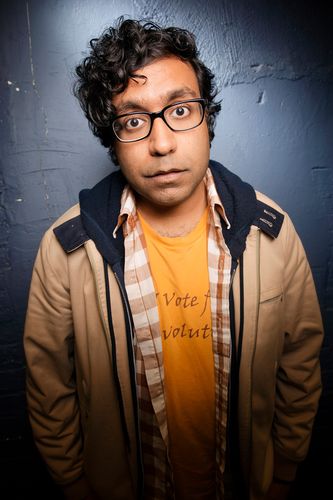 In the Netflix special Warn Your Relatives, comedian Hari Kondabolu shadowboxes on stage, figuratively. The bespectacled second generation Indian-origin entertainer does not display any tic. Unlike Dave Chappelle, he does not rub his fingers over his mouth, eyes lost in a distant dream, before he launches into a polemic that inevitably draws first blood. Unlike his contemporary John Mulaney, the shadow of a snigger does not flash across his face before his devilish tongue spritzes into action. Unlike Chris Rock, he does not rave and rant like a preacher gone rogue.

Kondabolu’s work is more a game of hide and seek with the audience. With a straight face, he launches into jokes about his heritage—population in India and controlling parents (“It is important that I know how many people are here, because my father will ask me after the show how many people showed up. Being from India, a crowd of 800 would not impress them.”). But, the tone changes at the speed of light, as he shuttles between 9/11 jokes, race, politics, and god masturbating to gay men, peppered with Jonathan Swift and Kurt Vonnegut references. Kondabolu remains elusive, always keeping the audience at an arm’s length, as he shifts lightning fast between conflicting identities. One second, he is the nerd; the next, the cool guy. One second, he is the victim; the next, the villain. Is it so important that he not be pigeonholed? “I want to control how I am viewed, how I am defined. You are gonna make fun of me, but it will be based on what I tell you,” he says.

At the core of his artistic persona is a very unlikely character—Apu Nahasapeemapetilon, an convenience store clerk with an exaggerated Indian accent, from the legendary American sitcom The Simpsons. Kondabolu had, in 2017, produced a documentary, The Problem With Apu, where he berated the character as a gross stereotype of Indian immigrants, and for making their life hell as children. At a time when there was practically no representation of southeast Asians in the media, Apu and his catchphrase—“Thank you, come again”—cemented how the Indian immigrants were viewed in the US. Interestingly, Kondabolu’s assertion in the special, “My comedy is not for everyone”, seems an almost subconscious negation of his cartoon nemesis’ punchline. The worst thing, says Kondabolu, was that the character was voiced by a white actor Hank Azaria. “It was like a white guy doing an impression of a white guy making fun of my father,” he says in the documentary.

“To me, it was less about The Simpsons. With Apu, it was personal. I was pointing more to a lack of representation of southeast Asian comedians in media, and how a single character can cement an impression for generations,” says Kondabolu. 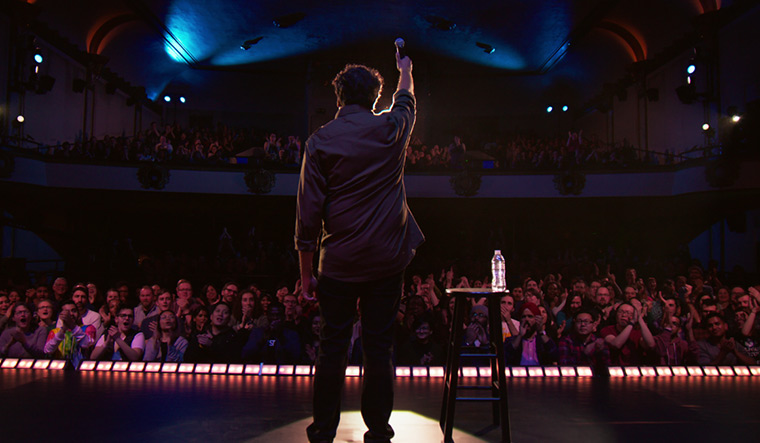 In Showtime television show The Green Room with Paul Provenza, the host asks Indian-origin comedian Russell Peters, one of the biggest names from Asia: How did he deal with the fact that, while doing accents, many in the audience took a perverse glee in their dislike of Indians. “I know it. From the laughs, and their timing. It does f**k with my head a little,” Peters says. As a new generation of Indian-American entertainers take centrestage, do the audience still harbour preconceived expectations? Is that something Kondabolu is rebelling against? “When I first started performing, it was there,”says Kondabolu. “I would be on stage, doing what I was doing, and I would almost have to address the fact that I was an Indian or they wouldn’t know how to carry on from there. But the situation has definitely changed.”

His parents emigrated from Tenali in Andhra Pradesh, and Kondabolu was born and raised in Queens, New York. His Indian identity is certainly not something Kondabolu wishes to countermand in his comedy. Instead, he places it in a larger context. He speaks about mangoes, its cultural significance in an Indian household, and the Alphonso mango—the most famous brand in the world; the narrative soon shifts to the unsavoury colonial history of the Portuguese conqueror Afonso de Albuquerque, after whom the fruit is named. He addresses the trope of domineering Indian parents, on his own terms. He speaks about his mother, her vicious sense of humour which he inherited, and how she liked setting up gay men in an era before it was cool to do so. “A Grindr before Grindr,” says Kondabolu in the special.

For now, he is busy planning for his next hour. He is also working on a podcast, The Kondabolu Brothers, where he and his brother Ashok riff about every topic under the sun for an hour. When asked what he wishes to address with the podcast, the answer is very Seinfeld-esque. “It is about nothing specific, really. At its core, it is about the relationship of two brothers discovering each other again.” 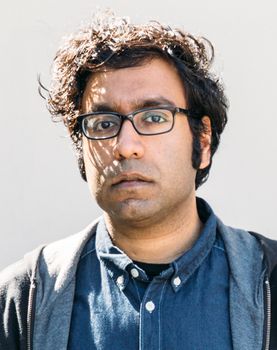 Midway through the special, he addresses the audience, “I know what you are thinking. Why isn’t this guy more famous?” That would be an understatement as The Problem with Apu sparked a nationwide debate on the topic. While The Simpsons creators left cutting replies, the voice of Apu, Hank Azaria, said in a segment of The Late Show With Stephen Colbert that he was ready to step down from the show. Said Azaria, “I really want to see Indian, south Asian writers in the writers’ room…including how [Apu] is voiced or not voiced. I’m perfectly willing to step aside.” But Kondabolu has long warmed to his one-time rival. “Hank did not need to say that, especially since the creators of the show hit back with such anger. And, I don’t think he needs to step down either,” he says. The documentary received rave reviews in the US. Academics have long pointed out the need for more south Asian representation, and mass media, they say, can play a huge role in deflating such stereotypes. “Over time, Indian Americans have grown into one of the most influential communities in the country. But they still feel the cultural stigma associated with being an Indian,” says Dr A.M. Thomas, professor of diaspora studies and American studies at Mahatma Gandhi University.

However, back home, activists have pointed out that while Indian American comedians were at the forefront of addressing race, they did not address issues related to caste discrimination in their communities. “It is a topic that needs to be addressed. I know that, over the generations, myself and my family have been the recipient of privileges. you have to understand that we are writing predominantly for an American audience and we need to address issues that resonate with them. That said, I am quite willing to use my platform to address all such progressive issues,” says Kondabolu.