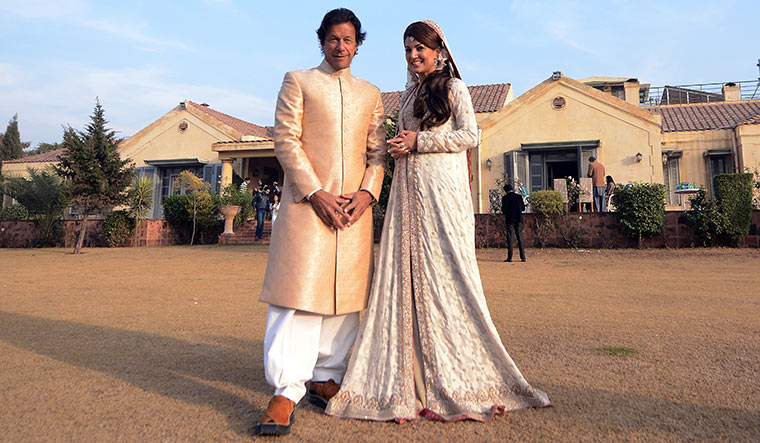 Bowled, over: Imran and Reham during their wedding photoshoot at his residence in Islamabad | AFP

Reham Khan has been propelled to fame. Just ahead of the elections, her soon-to-be-released autobiography made her the most trolled, the most read, the most reviled and, perhaps, the most googled Pakistani, all in the span of a few weeks. She turned Pakistanis into readers just for a brief weekend in a high-octane election campaign. Her book was being sent across the border—pirated copies were being circulated widely, courtesy non-resident Pakistanis. Reham describes her former husband, Imran Khan, as a “playboy”. “Sweet nothings that fall on your ears is what he is good at. That is what he has done all his life,” she says. “He doesn’t deliver. That’s what playboys do. They say I love you, but they don’t mean it. That’s what he has done to the voters.”

Reham Khan has come out with the first bestseller on Imran Khan’s life in his political avatar. She won’t be the last—Imran is likely to be like Modi, a book churner. Reham is in London, telling her story. “You can recover sometime from a punch in the chest. But you can’t recover from deceit that has been planned,’’ she says. “Why couldn’t he just be man enough and say the establishment doesn’t like you? Or, I can’t be PM with you. Or, even, for example, I have fallen out of love with you.”

The allegations she has made are personal, damning—from illegitimate children to sexual favours in return for tickets—and well-timed. Unlike the political accusations thrown at Imran, Reham’s charges are much tougher to contradict. It is also the kind of stuff that goes viral and is lapped up greedily. “They want to silence me,’’ she says. “I walked out. I said that I can’t put up with this. This is too much deceit, too much lies.”

Reham did what most women in her place would not do—reveal details. Even if it was for fame, as her critics claim, it was a reckless route to choose. Well-informed and opinionated, she isn’t just the weather girl that Imran’s Pakistan Tehreek-e-Insaf (PTI) supporters like to dismiss her as. She is ambitious, outspoken and is on a crusade. The book—however distasteful it may have been for his supporters—brought to the fore, in a very ugly manner, the underlying misogyny. The PTI pack, as powerful as the troll army of Donald Trump or the bhakts on Twitter in India, turned the full force of their hatred on her. Did she expect it? “Yes,’’ she says. “I expected worse. Even before the book came out I was being abused right, left and centre. My privacy is compromised. I know what they are capable of. I know that they were scared. If anything, they have baited me to write this book.”

The book will be out in India in August, and is being published by HarperCollins India. Filled with details—the kind that tabloids would love, of drugs, women and peccadilloes—Reham’s book is a portrait of a man who has been created by the army. She talks about his relationship with former Inter-Services Intelligence chief Hamid Gul. “Gul was obsessed with him,’’ she says. “I was told back in 2015, this is how they were going to do it [make Imran the prime minister]. This is painful for me to accept because I thought they couldn’t. I was told that, step by step, this would be done judicially. There will be no martial law. This was written down by someone at the lower level in the crew who had been fed this information straight from the Hamid Gul lobby.... So, that is what is depressing. For die-hard optimists like me, we believe that we must not give up. And, that is why I want to go back [to Pakistan].” 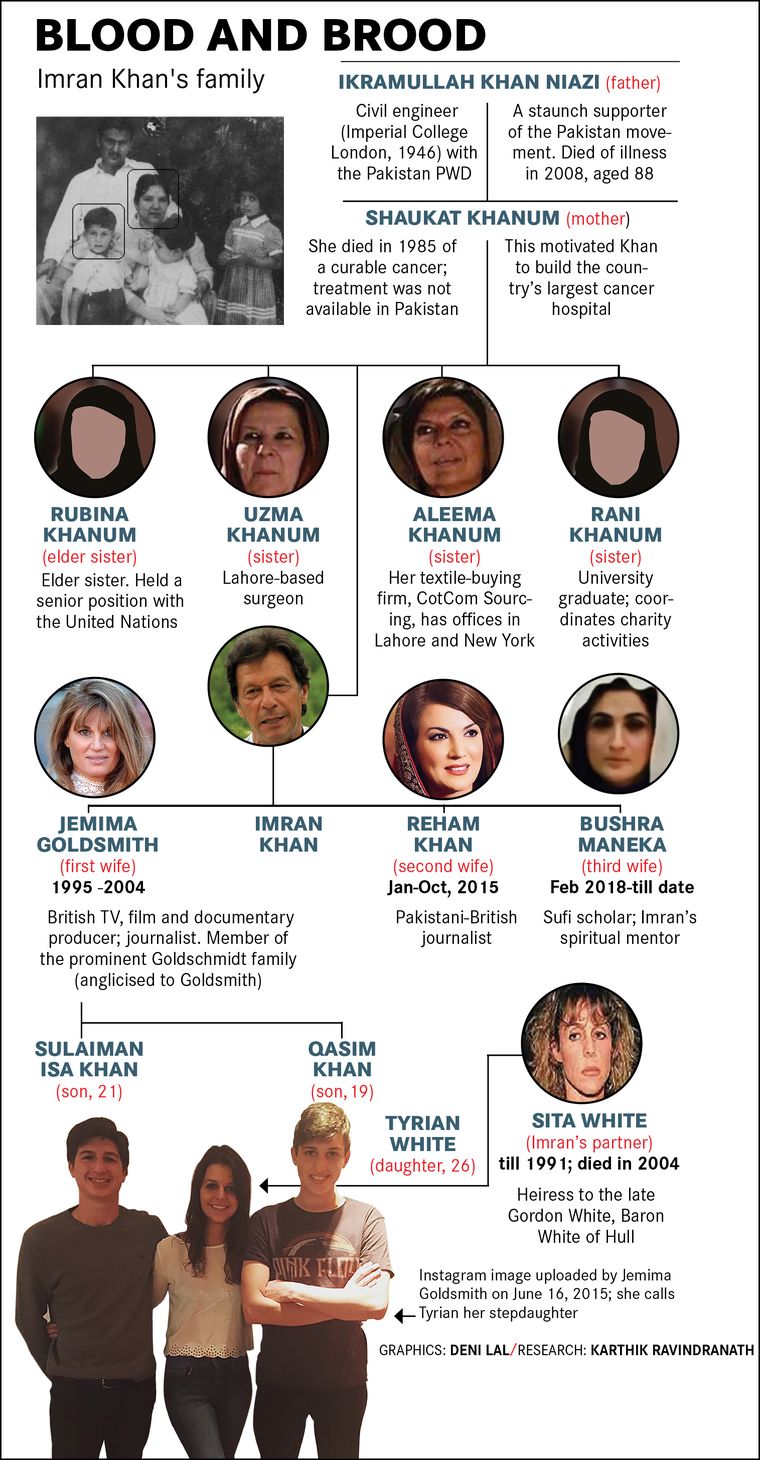