The curious case of Karan Oberoi: Is it time for #MenToo?

Karan Oberoi’s lawyer, the victim’s lawyer and Pooja Bedi speak to THE WEEK 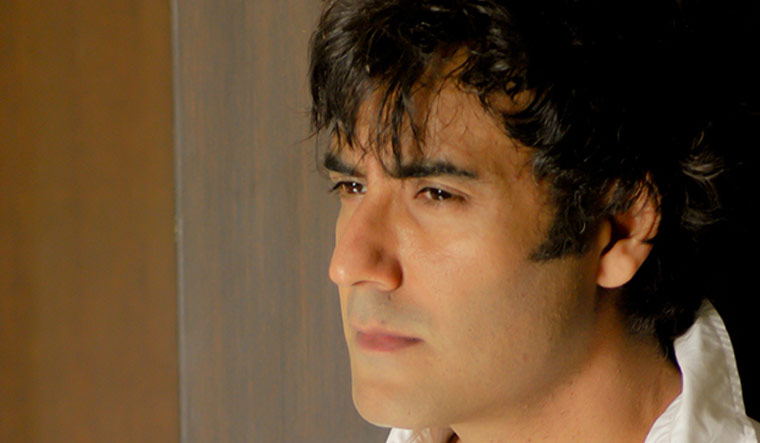 Television actor and anchor Karan Oberoi, who is best known as a member of the boy band, 'A Band of Boys', is facing charges of rape and extortion. On Friday, Mumbai Court turned down his bail application.

The victim’s lawyer, Sheetal Pandya, told THE WEEK, that both her client and Karan Oberoi, who were unmarried, met on a dating app. She said from the beginning, the woman had made it very clear to Oberoi that she was seeking a serious and committed relationship. Pandya said Oberoi had replied saying he too didn’t like indulging in “time pass”.

The victim claimed that once when she was visiting Oberoi at his residence, he spiked her coconut water and raped her. That’s not all. The woman said Oberoi also filmed the entire episode and continued to use it to extort money from her. Based on her complaint, Mumbai Police swung into action and arrested Oberoi who has been in custody since then.

Oberoi’s lawyer, Dinesh Tiwari, said, “The allegation of rape is being misused” and rued the fact that Oberoi is still behind bars. “Unfortunately, Oberoi continues to remain in custody until bail,” he said. “The police have conducted a horrifying investigation,” he added.

Further, Tiwari slammed the judiciary saying, “They are not applying their mind”. “The allegations have been leveled blindly...the implementation is questionable,” he said.

He claimed that the victim is “into voodoo and black magic and (talks about things such as) danger and crime. No sane person would want to be with her”.

Pandya said Oberoi was evading a committed relationship and marriage. Defending her client, she said, “Oberoi is trying to prove that this was a one-sided relationship and that she was a possessive woman, obsessed with him, and that she was constantly showering him with gifts. If he accepted a few gifts that is perfectly fine. Why was he accepting expensive gifts from her regularly?”

According to Pandya, her client not only financed his expensive lifestyle, including paying for his luxurious cosmetic treatments such as anti-ageing injections, food, clothes and furniture, but also gifted him musical instruments, cash, good luck gems, a refrigerator and even a ‘Being Human’ bicycle costing Rs. 60,000. She further said her client also gifted things to Oberoi’s family members, who were aware of her presence in his life, and claimed that she has messages to prove that his nephews and other relatives liked and approved of the gifts given by her client.

Pandya went on to say that Oberoi’s celebrity friends held a press meet to defend him, where they ended up revealing her client’s name, not once but thrice. “Those people are trying to degrade her, suppress her and bring down her morale so that it leads to a breakdown, but we have filed a case against those celebs,” she said.

Actor and columnist Pooja Bedi is one of the people who has been defending Oberoi ever since the news of the rape broke. She is of the opinion that it is time for a #MenToo movement. “Karan has been my best friend for the last 15 years and he is a sterling human being. He is kind, generous, gentle and a really decent and good man. We share a deep and meaningful friendship. It is natural to jump in on seeing your best friend in trouble,” she said.

“Karan’s great grandfather was awarded the Order of the British Empire (OBE), his grandfather was an IPS Officer. His father is a decorated war hero from the 1971 war, a Brigadier in the Army, and his uncle is also a decorated officer and a Padmashree awardee,” Bedi said, laying emphasis on the fact that Oberoi comes from a very distinguished family.

According to her, “This is not about being anti-women”. Bedi said she strongly believes in the “equality of both sexes”. However, she felt that a large number of women are misusing the law, which has been formulated to protect women.

Noting that she has been advocating for men’s rights for a while now, she said, “I have not jumped into this because of my best friend Karan Oberoi. In fact, even last year, I gave a speech about men’s rights and their need for rights at the Constitution Club in Delhi”.

What Bedi finds deplorable is the fact that while women’s identities are always protected, men have no such protection. “A man’s identity is never protected, and this way you actually end up punishing his mother, his sister, his wife while also jeopardising his career and shattering his life. They also experience agonising humiliation and their families bear the brunt of the hashtag”.

“Karan Oberoi is symbolic. What is repulsive is that this is actually anti-women and is actually a great disservice to women when they file fake cases of rape, abuse, extortion and dowry like this,” she said, adding, “Instead of making criminals out of honest men, we need to protect our men and revamp the judicial system”.

For now, the sessions court has concluded that there was some commitment between Karan Oberoi and the victim and that Oberoi took advantage of this relationship.

No prudent person would accept such valuable articles if there was no commitment in the relationship, said Pandya, rephrasing the Court’s conclusion. “Truth has prevailed,” she added.

Tiwari said they will be taking the matter to the High Court as early as possible in order to get him bail.