Belgian King, Queen to be treated to Bollywood dance 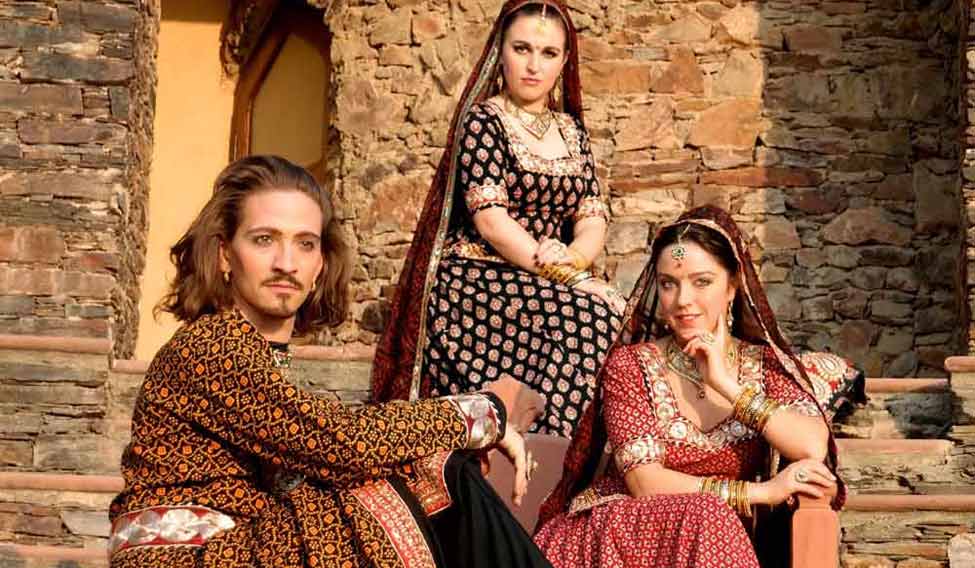 Bollylicious, a four-member Belgium-based dance collective, is set to perform to Bollywood songs inspired by Rajasthani folk and semi-classical music as part of a cultural event to celebrate the visit of Belgian King and Queen to India.

Sooraj Subramaniam, Laura Neyskens, Tom Decuyper and Ayla Joncheere, who make up the group, have been invited to India by Belgian Ambassador Jan Luykx on the occasion of the state visit of the royals.

They will perform on night of November 8 at the Ambassador's residence. Sharing details, Subramaniam said, "We are going to perform a selection of Bollywood favourites, mainly songs inspired by Rajasthani folk and semi-classical genre, giving them all our unique Belgian twist while preserving the authentic Indian flavour."

Neyskens added that they have been especially requested by the Belgian Embassy to present a choreography that "fuses Indian dance with a contemporary sensibility, seeing as Belgian is renowned worldwide for its contemporary dance".

King Philippe and Queen Mathilde arrived here on November 5 on a week-long visit. This is the royal couple's first visit to India since King Philippe's ascension to the throne in 2013.

'Bollylicious' was founded in 2013 with the intention of bringing Indian dance culture in its broadest sense to Europe. The group's India visit started on November 4.

The passion of all four for Indian dance started in 2001 when Neyskens, Decuyper, Joncheere and Subramaniam met each other in a Kalbeliya dance class in Ghent, their hometown in Belgium. They had a common desire to learn and perform Indian dances. Since 2001, they have engaged themselves in learning multiple dance styles from all over the world.

Each dancer of the collective has mastered multiple dance styles. Between them, they have been trained in Rajasthani folk dance such as Kalbeliya, Ghoomar, Chari and Terah Taali in Jodhpur with Khatu Sapera and her family; Kathak with Sheela Mehta, Maulik Shah, Sanjukta Sinha, Prashant Shah and the legendary Kumudini Lakhiaji; Latin American Salsa; Gypsy Flamenco from Spain; belly dance from the Middle East and Western contemporary dance.

With the current popularity of Hindi films with its dances, they soon broadened their scope to embrace Bollywood dancing.

So how different is it to perform in India?

"India is rock'n'roll! You can be sure to expect the unexpected. Our similarities are that in both our cultures art plays an important role in day-to-day lives and we partake in it intensively," said Decuyper.

Joncheere added that they specialise in Rajasthani dances, "which we learned with the Kalbeliya communities of Jodhpur. We have also attended workshops in classical dance to inform and refine our choreography".

The group will be on an India tour in January and February across New Delhi and Rajasthan.