The world of parasomnias 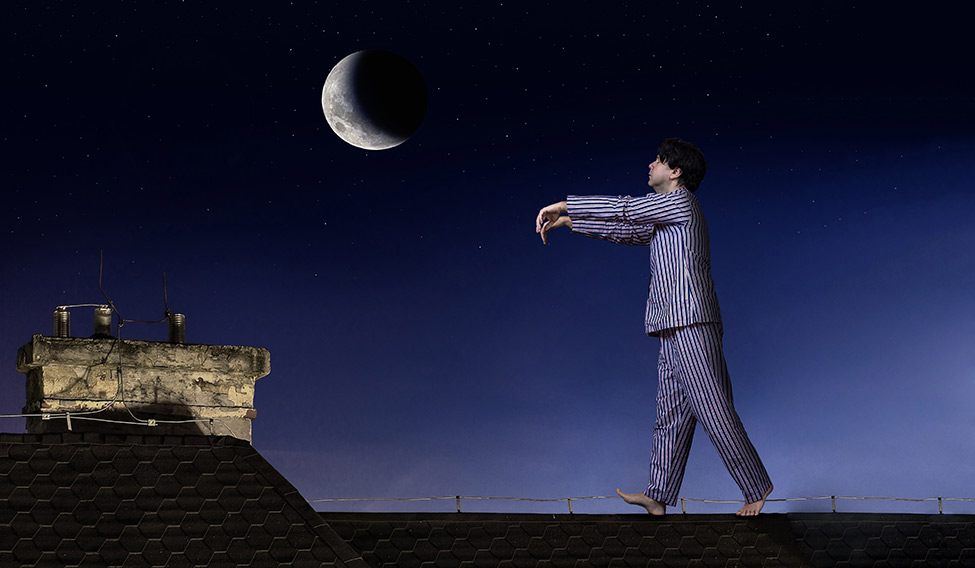 Parasomnias can harm the person suffering from it. Ferreting out the cause may hold the key to its cure

“Help... Help…” I woke up one day to these sounds only to realise it was my mother calling out in her sleep. She soon went back to sleep like nothing happened, while I was awake all night still reeling from the terrifying experience. As soon as I woke up in the morning I asked her about it and strangely she had no memory of it. “I may have had a bad dream,” was all she could say.

While this occurred a few years ago, the memory still haunts me. Speaking to some friends and colleagues made me realise that this is not as uncommon as I thought. Most people knew someone in their family who talked or even walked in their sleep. Sleep talking and sleep walking are called parasomnias, a group of sleep disorders that involve abnormal movements or behaviours during sleep.

“Parasomnias are an intrusion of wakefulness into sleep,” says Dr Manvir Bhatia of the Neurology and Sleep Centre in Delhi. This means that the person does an action like walking or eating without realising it and without being fully awake. “Parasomnias occur when one part of the brain sleeps and the other part is awake,” explains Dr Ravi Gupta, sleep physician and associate professor, Himalayan Medical Sciences, Dehradun.

“Five to 10 per cent of the population has sleep problems,” says Dr Ashish Kumar Mittal, consultant psychiatrist, Columbia Asia Hospital, Gurgaon. “There are reports that show about 18 per cent of the population is prone to sleepwalking, commonly seen in children as compared to adolescents and adults. Boys are more likely to sleepwalk than girls. The highest prevalence of sleepwalking was 16.7 per cent at age 11 to 12 years of age,” says Dr Preeti Devnani, clinical director, Sleep Disorders Clinic, Mumbai.

According to many sleep experts, parasomnias have become a lot more common than before. Says Dr Anjali Chhabria, psychiatrist and founder of Mindtemple, Mumbai, “The rise in stress level and expectations from self to do better each day compels one to work hard and this results in less sleep and bad food habits. Thus, the prevalence has increased in the past few years. On an average I come across two cases with underlying sleep disorders, every other day,” she says.

While parasomnias are quite common, most experts advise that unless it disrupts the person or his bed partner or others in the home on a regular basis, one need not worry too much about it. “Sleep talking or sleep walking are not considered disorders until it disrupts a person’s daily life,” says Dr Manjari Tripathi, professor, neurology at the All India Institute of Medical Sciences, New Delhi. “If it leads to fragmented sleep, day-time fatigue, impaired functioning, behavioural problems, only then one needs to seek help from a professional.” 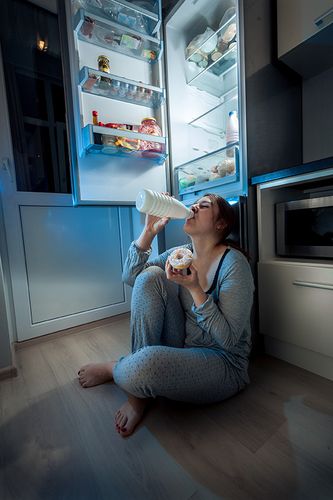 There are different factors causing parasomnias. “Sleep talking often occurs concurrently with other sleep disorders such as nightmares, confusional arousals, sleep apnoea and REM sleep behaviour disorder,” says Preeti. This is because parasomnias are often masking another problem, says Manjari. For example, sleep talking can be caused by obstructive sleep apnoea, a sleep disorder. “Some kids have large tonsils and this can cause sleep apnoea leading to the parasomnia,” explains Manjari.

“Sleep walking is also common in kids and it can be part of the developmental process,” says Ravi. But if sleep walking does not reduce as the child grows, it indicates that he or she is not getting into deep sleep or not getting adequate sleep. “Sleep deprivation in a child is often a cause for parasomnia,” says Manjari. Sleep walking can also be due to restless leg syndrome. “There is an intense desire to move the leg and the person moves without realising it,” explains Ravi.

Stress is another important cause for parasomnias. “With stress, some part of the brain that deals with stress gets activated not allowing the person to completely fall asleep,” says Ravi. Many psychological factors also lead to disturbances in sleep. “Fear, anxiety, depression, and environmental stressors could trigger such sleep conditions,” says Anjali. Some other causes are addiction to stimulants, alcohol consumption, excessive consumption of energy drinks and certain drugs, like psychiatric medicines. “It can also be genetic or occur due to an underlying mental disorder,” says Manvir.

Many a time, the cause or the reason for the parasomnia cannot be identified. “In many cases, we find no identifying causes. In such cases, we talk to the person, counsel the family and try to improve the sleep hygiene of the person,” says Ashish.

A sleep expert conducts a sleep study to identify the problem. “The sleep disorder can be diagnosed using a polysomnogram,” says Manjari. A polysomnography is a study that records your brain waves, the oxygen level in your blood, heart rate and breathing, as well as eye and leg movements and the result, called the polysomnogram, can help identify whether the person has unstable sleep and its cause.

Manjari recounts the instance of a young live-in couple who had consulted her to find out if the boy suffered from sexomnia. “The girl had conceived and the boy claimed he did not remember indulging in sexual activity. The polysomnogram showed that his sleep was stable so I think he was lying to get out of the situation,” says Manjari. While sleep talking may not be harmful, sleep walking can end up injuring the person suffering from the parasomnia as well as others. “There have been reports of people indulging in daily chores while sleep walking (going up or down the stairs, eating, and at times even driving). The brain isn’t fully functional and, hence, involving oneself in such activities increases threat to self as well as others,” says Anjali. She recounts the experience of a patient: “He was consciously trying to quit smoking and was successful during the day, i.e. he reduced the intake from 15 a day to three a day in a month. He was so restless because of the reduction that in his sleep walking episode he went out of his house and smoked cigarettes until one day he accidently left a cigarette bud on the couch which caused fire. The near-loss experience made him seek help.”

When you have a sleep walker at home, the environment needs to be geared up to deal with him. “Sleep walkers can injure themselves,” warns Manjari. “So, it is important to keep the doors and windows locked and keep sharp objects away from their reach.”

Such patients are advised medications if the condition is detrimental to their personal safety. “In a few other cases if it is comorbid with any of the psychological disorders, working on those issues through counselling helps in curing the parasomnia,” says Anjali.

Dealing with the disorder

Identifying the cause of the parasomnia is an important part of dealing with it. “Cognitive behaviour therapy, safe environment, adequate sleep can all help deal with parasomnias. Sometimes medications may be needed,” says Manjari. “People with parasomnias have unstable sleep. So yoga nidra and meditation techniques also help.”

Improving sleep hygiene can help in dealing with parasomnias, feels Ashish. “Fixing the sleep schedule, doing something relaxing before going to bed, not watching any screen for 30 to 60 minutes before sleeping, eating light at night can all help. Stress management techniques can also be followed,” he says. “Sometimes, just maintaining a regular sleep-wake schedule and a relaxing bed time routine helps deal with the parasomnia,” says Manvir.

Whether you have a parasomnia or know someone suffering from it, know that getting adequate and restful sleep is important. So, if simple home measures do not help, consult a professional. 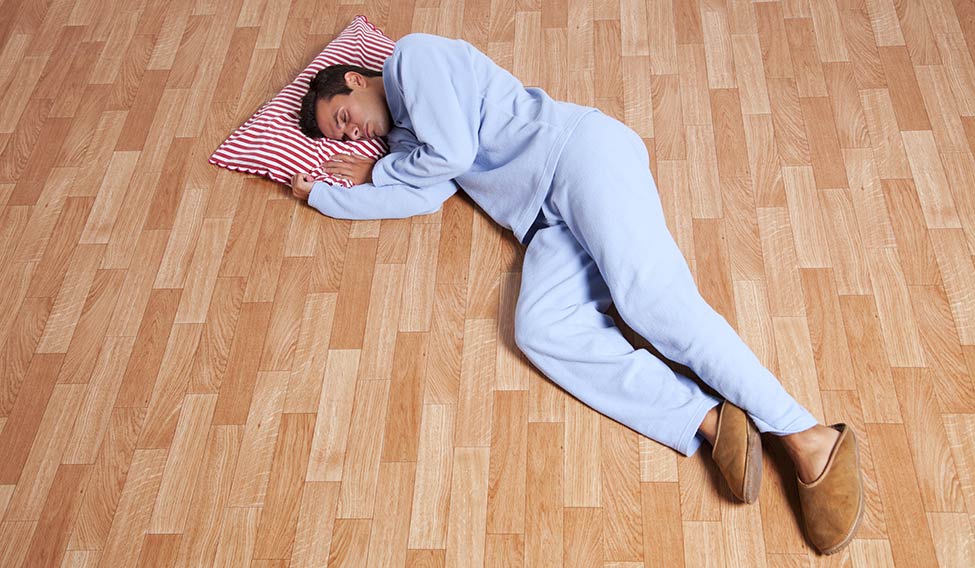 Sleep walking: Getting up from bed and walking around while still asleep. The person has no memory of the walking episode.

Sleep talking: Talking in sleep without knowing what they are saying.

Night terror: Waking up during sleep terrified and unable to communicate. They go back to sleep without fully waking up.

Confusional arousals: Having an exaggerated slowness upon waking up. They react slowly, have trouble understanding others and are confused upon waking.

Sleep paralysis: Unable to move when falling asleep or when waking up. Brief episodes of partial or complete skeletal muscle paralysis can occur during sleep paralysis.

REM sleep behaviour disorder: Acting out dramatic or violent dreams in the REM phase of sleep. The sleeper can be awakened and can recall the dream vividly.

Sleep-related eating disorder: Getting up from bed to binge eat and drink while not being fully awake. The person may have no memory of the episode.

Sexomnia: Engaging in sexual behaviour during sleep. The person has no memory of the episode in the morning.

*Ensure the person suffering from the parasomnia is sleeping in a
bedroom on the ground floor.

*Lock all doors and windows.

*Place an alarm or bell on the door of the sleep walker’s bedroom.