Fighting the ghosts of patriarchy 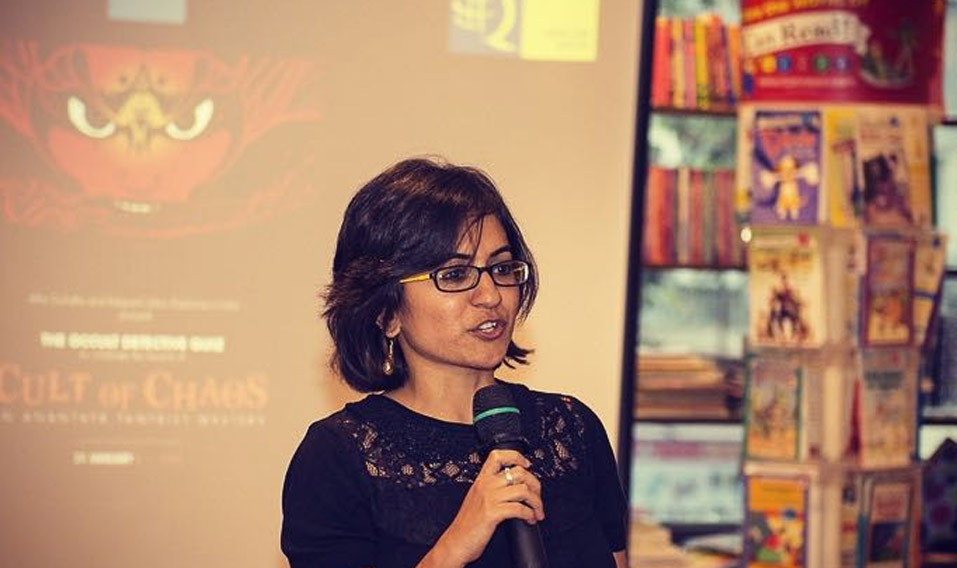 Reading about Anantya Tantrist transports you to another world, literally. It gives you a peek into another side of Delhi, through the eyes of a detective who practises the occult, knows a great deal about non-human creatures, paranormal beings and is an independent, sassy woman. Her outspoken self fights many societal norms including naysayers as she helps city cop Madhu solve bizarre cases with a connect with the paranormal universe.

In a chat with author Shweta Taneja, we find out what urged her to create 23-year-old Anantya Tantrist, the protagonist in the series of detective adventures. The second book in the series—The Matsya Curse—was launched last month.

“Anantya is an amalgamation of what society doesn't accept as a woman. Our society has certain expectations of women—morals, societal codes, ways of dressing, behaviour and so on. But Anantya is a complete opposite of that,” says Shweta.

“She is the exact inversion of how Indian women are expected to behave. She is out there, being fearless, independent and having adventures roaming around at night. She has chosen to be a detective, where her professional world is chauvinistic, too, and she is constantly experimenting and seeking out new things. Her reaction to everything is different and that's what brings out the humour,” says Shweta who said it was important to create a female protagonist to have a female perspective of a detective.

Her aim was to hold a mirror to our society through fantasy fiction and humour, she adds, just like Terry Pratchett does. A self-confessed fan of Terry Pratchett's she also enjoys reading works of feminist science fiction writers like Ursula Le Guin, Margaret Atwood and Octavia E. Butler, urban fantasies by J.K. Rowling, Neil Gaiman’s comics and Stephen King’s horror short stories.

“With the Anantya Tantrist adventures I hope to do what Terry Pratchett did in his writings- hold a mirror to his society with the help of fantasy fiction but by putting a fun spin on things, adding some humour to point out the different issues in society be it inequality, gender bias or sex trafficking,” she adds.

Having grown up in Delhi, Shweta confesses that writing about Anantya and her adventures in Delhi freed her as a person, and as a woman. Shweta, who has worked with magazines like Femina and Men's Health says, “I wanted there to be a character of an Indian woman detective, because, I could not relate to the western male perspective of things, though I enjoyed their adventures. A woman's experience and her reaction to everything is different than that of a man.

"I wanted young women who read Anantya's adventures to feel that 'I can do this too.' When I would be out late in Delhi as a journalist, my family would be worried and ask me to be careful. And I would be careful too, as it is the sensible thing to do. But when a character like Anantya conquers public spaces at night, goes to her favourite bar after an adventure and has casual sex, I feel it liberates the woman in me and hope does the same for the readers.”

She confesses that she created Anantya for herself, wanting to free herself of the fear of being raped, molested or kidnapped while living in the capital city. She realised that she saw this in most women in the country and hence created Anantya who is carefree, dresses in a ganji (t-shirt vest) and salwar, is foul-mouthed and doesn't care about what the society thinks. For instance, in the book, when another city cop reminds Anantya of her 'jurisdiction', she firmly stands ground and says she wants to join the investigation as non-human creatures are involved.

Shweta's fascination with mythology and the paranormal is evident from her previous works. She has written graphic novels—Krishna: Defender of Dharma and The Skull Rosary, The Ghost Hunters of Kurseong and Cult of Chaos: An Anantya Tantrist Mystery, both novels. “I have always been interested in the paranormal. While growing up, when lights would go out, I would sit with my cousins and narrate ghost stories. I also like to collect folk tales, poems, urban legends from various places. I like listening to such stories and you would notice that my blog is full of them, too.”

Talking about writing on sex trafficking in a book meant for young adults, she says, “Children need not be protected from realities in life. In fact, they need to be told how different and difficult life outside can be. Sometimes, children are more prepared, more mature to understand these things. They can take hardships more easily than we give them credit for.”

The writer who enjoys going for walks, hikes and bird watching in her spare time, says all of us have had to face some or the other kind of discrimination in the society. And one needs to fight it constantly.