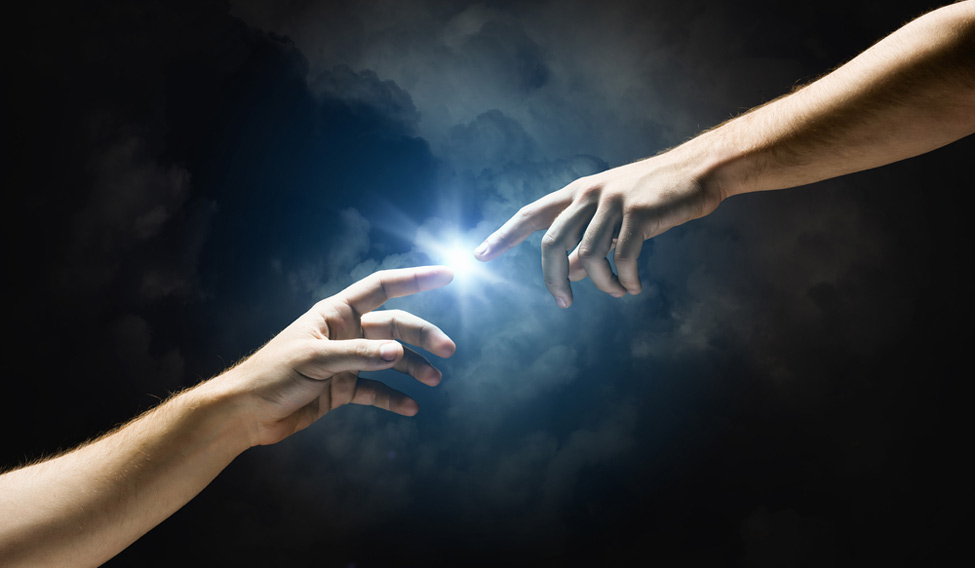 The story of Wonder Woman has it that Diana (future Wonder Woman) is brought up by the Amazons, who are the link between God and mankind. The Amazons are masters of warfare, performing fantastic feats among several other things that they are, and do. They also are all women, beautiful and free of disease, and so Diana (Gal Gadot) has never seen a man, until Steve (Chris Pine) comes crashing into their zone.

Her curiosity, naturally, is aroused. She asks him many questions, including if he—handsome, blithe and all toned up—is a typical example of his gender. “No!” he says. “I am above average” he tells her, more than once, in trying to distinguish himself in her eyes, and to give her a clearer picture of the world of men she so far hasn’t seen.

Not far into our future, though, there will come a time when the rather average man may well be considered God.

Implants
Over the past two years, a Swedish company has been implanting a chip, the size of a grain of rice, between the thumb and index finger of some of its employees. The chip helps open doors, operate office equipment and buy cold drinks. In effect, it functions as a credit card and an access key. A company in Belgium is looking to do something similar, among other random instances around the world of implanting chips in the human body.

This is not conceptually new or novel. Pacemakers are an example of electronics as a body part; other types of chips have been implanted in the eyes, brain or limbs of people who suffer a disease or disability. In that sense, chips have been a step ahead in giving people with challenges, hope and the ability to function.

However, now chips are being considered for convenience. Why carry keys when you can open doors with a wave of a hand. Why read or learn stuff or bother with memory, when a chip with all relevant data could be put into the brain, making the person a walking encyclopedia. Children will have microchips embedded into their bones, as a researcher admits to do in the film The Circle, so that parents and caregivers can keep track of them.

The downside is that hackers could gain a lot of private data from embedded chips—tracking movements, tasks and other private matters. Or they could make a chip malfunction and endanger a life. A person with a chip may have an advantage over others, but would become more vulnerable than before. The gap between the haves (those who can afford chips) and the have-nots would widen as well. Experts acknowledge that the ethical dilemmas will become increasingly complex with the use of body microchips and related technology.

Natural as divine
A more amusing consequence may be that a chip-less, ordinary human being, born and alive with all body parts functioning, would suddenly become an anomaly—a divine being, capable of inspiring wonder and awe in humanoids or cyborgs, who couldn’t possibly conceive of functioning without several types of man-made tech and gizmo support.

People with average health may find themselves in clinical trials, with experts trying to decipher their genetic make-up to duplicate and inject into other beings. That would be the new aspiration, to go “all natural”.

In which case, Steve would no longer have to describe himself as “above average”. In the world of tech-man, he would be a God, perhaps Zeus himself.