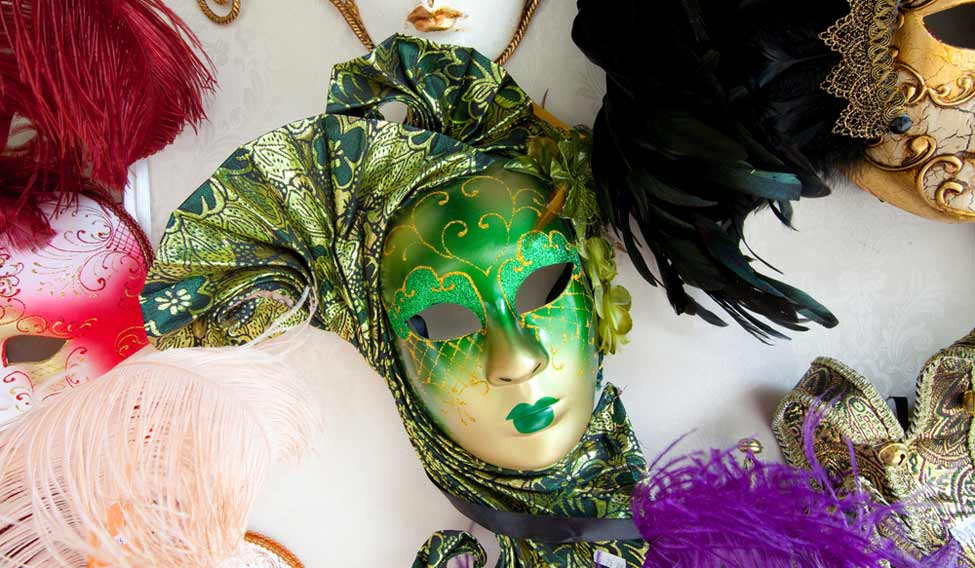 In a popular advertisement on television, two women want to know where their colleague Sam is from. One of them (Alia Bhatt) asks Sam (Ranveer Singh) if his trip to London has been finalised. “’Course” he says, in a Brit accent. “Why do you ask?” Bhatt’s character proceeds to show him relevant discounts on a travel website. Sam lets out an expression in dismay, and, inadvertently, reveals his roots which evidently aren’t as sophisticated as his front face!

The needle
It’s true for most of us that we may present a different face to what we usually wear, when needled. In the advertisement, Sam is provoked. He realises he’s missed out on some good deals and is unable to contain his disappointment and anger. This provocation goads him into a less alert state of mind, or rather, a more inherent state of being, where his highbrow visage gives way to a more provincial inner.

Apart from provocation from anger or disappointment, a pervasive needling may come from stress. However collected a person may seem from the outside, it is under the pressure of stress that a different face may show itself.

Stress is the feeling of being out of control in varied degrees. It could come from a feeling that we have missed out or will miss out on something significant. It also translates often into a constant underlying battle against time. This could happen day in and day out in high-pressure work of family situations. It is here that a person’s more aggressive face may play up.

Many faces
Each of us deals or cracks under pressure in our own ways. I knew a young woman once who would react with rage to grief. For things that made her deeply unhappy, her reaction was one of extreme anger. At other times, she was pleasant and happy to be with. Her anger would stun the people around her, until her closest sibling understood that the provocation was grief, rather than pure aggression, and was able to address the deeper cause for it.

In this case, there was a face even behind the one she showed under pressure. In another example, a successful professional had a short and violent temper. He was handsome, intelligent and impressive. But he had little patience and would fly into a violent rage often at the drop of a hat, under the slightest stress. If the driver was a few minutes late, or if the staff took 10 extra minutes to respond to his instructions, he would shout expletives of the worst kind and bully them into silence and fear. Such scenes would play up in his board meetings as well, if the discussion wasn’t going in the direction he thought fit.

It was evident that he was hopeless at handling stress, of the usual, daily kind. Yet, when a real crisis would arise, he would surprise everyone by being amongst the calmest people to work with. Here, behind the ugliness of his stressed out face, which, in turn, was behind his charming visage, was yet another self—a reliant one, and even a courageous one that could confront challenges when things got truly rough.

Beyond the superficial stuff lies a more inherent self. What that is for each of us, to recognise and understand it, might be helpful for those who care to know. To observe our changing faces—the pleasant or not so pleasant ones—and what causes them, would be a step away from illusion, and a step ahead in knowing our true selves.