A bond beyond species 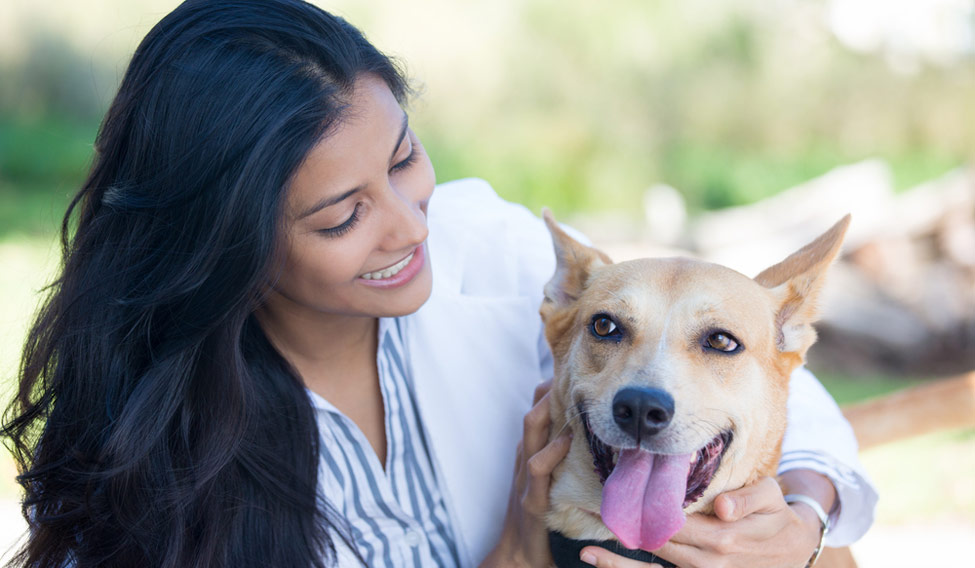 Several years ago, on Eid, a friend of mine found a stray puppy. She took him in and called him Allaudin, since he came to her on the day (din) of Allah. Every time I’d visit her in Pune, I’d notice Allaudin. He was usually silent, though alert, sizing up every visitor to the house. Not very accustomed to being around dogs back then, I was somewhat unsure of how he might react were I to put out my hand to pet him. So I mostly stayed out of his way.

My friend married and had her first child, Mokshali. One afternoon, Mokshali, then a child of three, decided to potter around the garden. I ambled along, keeping an eye on her, but after a short while, realised there was no need for me to watch over her. Allaudin was doing that. As the child, gently talking to herself, walked around the garden and its sprawling periphery, Allaudin followed her around all the way, all the time. Whenever she’d stop at something, he would stand—straight, silent and alert—a couple of feet behind the child, watching over her.

At first I thought this would go on for a short while, but through almost an hour that Mokshali walked around the estate, Allaudin stood behind her, dutifully and beautifully. For all that time he remained undistracted, his unwavering focus gently but firmly on Mokshali. A human attendant couldn’t have done better.

Sharing emotions
Emotions are shared across species. While animal lovers have known this as fact perhaps forever, scientific research continues to corroborate this phenomenon—that animals know empathy as humans do, and react and respond to human emotions, both negative and positive, accordingly.

Specialised services in the US, for instance, train dogs to be with people who suffer a disability. Dogs commonly act as guides for the visually impaired. Trainers notice that the animals are able to sense if the person holding their leash is nervous or unsure.

Another facility provides ex-servicemen with dogs trained to relieve them from negative emotions arising from Post Traumatic Stress Disorder, for instance. In a particular case reported recently, the dog would sense whenever the soldier was inwardly angry or anxious. She would lay her head on his lap or would lead him to begin prescribed exercises to help him calm his agitation. Apparently, in two years with her around, he was doing better at managing his anger with a decreased dependence on medication.

Transference?
Another friend once mentioned that the family had an unusual cat as a pet, when her mother was a teen. Whenever her mother suffered from menstrual pain, the cat would come to her and sit by her feet, silent and still, staring at the girl. Then, within sometime, the girl would be relieved off her pain, while the cat would seemingly suffer it.

For animal lovers, this stuff may well be passé. For scientists though, emotional contagion, or shared emotions across species, is still nascent as an area of research and study, leave alone transference, which may seem too fantastic to believe. Yet, it merits attention and study, especially now, when our vision of progress is driving us furiously towards building artificial intelligence. We would do well, to simultaneously regard natural life around us—plants and creatures—with respectful curiosity. There may be much more there to tap into, as well.