Time for a change

Back in 1974, as a teenage collegian, I spent a summer holiday at the tea estate of a classmate’s father near Jorhat in Assam. One of the first things I discovered during that idyllic escape was that I had to reset my watch to “tea time”, an imaginary clock invented by the planters that was the time on my watch plus two hours.

Indian Standard Time, my friend’s father explained, made no sense in a place where the sun would be rising by 4am and setting by 3.30pm if the planters used the same clock as the people in New Delhi.

I was sufficiently schooled in nationalist sentiment to be vaguely offended by this, seeing it as something of a betrayal of Indianness not to be on the same time zone as the rest of the nation. And yet, within a couple of days, I realised that it made eminent practical sense, if for no other reason than to avoid the confusion of getting up well after the crack of dawn and finding one’s watch claiming it was the middle of the night.

Soon after, I went off to graduate studies in the United States, where one adjusted quickly enough to four time zones on the American mainland, and two more besides, to accommodate its far-flung states of Alaska and Hawaii. The US, of course, also adopted daylight saving time in the summer, whereby everyone set their clocks one hour ahead in the springtime to take advantage of the longer hours of sunlight, setting them back again in the autumn.

I wondered initially that an entire nation would be able to fiddle so comfortably with what I had grown up believing was the immutable sanctity of the national clock. But soon enough, changing one’s watch every spring and fall, and again almost every time one took a domestic flight, became routine enough for me.

Everywhere in the world, I discovered soon enough, the time is set to suit the convenience of human beings, not to obey some inflexible rule. Where the sun rises earlier and sets later in the summer months, changing the time permits one to take advantage of the longer hours of daylight, and it saves energy costs, since fewer lights would need to be switched on during normal working hours. 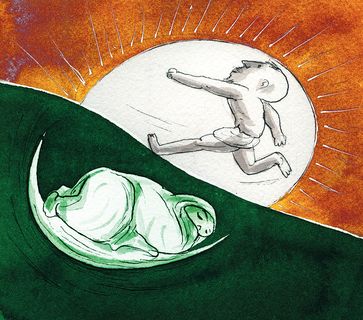 The question is, why not India? We have one time zone from Jaisalmer to Jorhat and beyond, at UTC (the old GMT) plus five and a half hours, even though the nation embraces nearly 30 degrees of longitude and the normal rule of thumb is one new time zone an hour apart per every 15 degrees of longitude. It makes no sense by any practical yardstick for people in Assam or the Andamans to keep their watch to the time of people in Agra. This actually has negative consequences in such diverse areas as lifestyle habits and energy conservation. It has even been suggested that one of the reasons that our northeast doesn’t produce such good cricketers is that, for a day-long sport, they have so much less sunlit time for practice than their counterparts in western India!

At one time, the idea of a single time zone for all of India was adopted out of a desire to promote national unity at a time of perceived fissiparous tendencies. Our independence was still new, and presumed to be fragile; every rule that promoted unity was embraced uncritically. Today our nationhood is secure; we don’t need chronometrical uniformity to make us feel one. A sensible national system could give India three time zones: UTC plus 5 for places like Lakshadweep, Mumbai and Punjab; UTC plus 5 and a half, as at present, from Delhi to Chennai; and UTC plus 6 from Kolkata to the Burmese border, including the Andamans.

A clinching argument: the one country which irrationally defies the logic of time zones and insists on uniformity across its entire breadth is a Communist autocracy, China. Why should democratic India follow such a doctrinaire practice? It is, quite literally, time for a change.