The peaceful battle against Israel

A few months ago, as we were discussing plans for the Palestinian Freedom Theatre’s tour to India with Jana Natya Manch, my dear friend Sudhanva Deshpande of Janam asked if I would join a group of theatrewallahs to Palestine, and promised it would be a life-changing experience. He noticed my body stiffen, and in the pause that followed he tauntingly asked if I was afraid. I asked, “Afraid of what?” He said, “Your life”. Truth be told, I am afraid. But not for my life. I am afraid to face the excessive inhumanity that the Palestinians are subjected to, while living under occupation of an alien power that wishes to dehumanise and vanquish the Palestine spirit. This violence chills my heart, and weakens my ability to deal with it. I am afraid to face this. Afraid to experience what human beings are capable of. Violence has always shaken me and curdled my blood. Not in fear but in disgust and disdain for the baseness of human capacity.

On the flip side, of course, is the incredible inspirational story of the Palestinian people. And, of course, it was this that Sudhanva must have been referring to.

What was so beautiful and rewarding was that, out of the unique collaboration of the Freedom Theatre and Janam came the Freedom Jatha. This winter, after two months of rigorous training and rehearsal of the Freedom Theatre school students in Delhi with Janam, came the creation of a street theatre performance, Hamesha Samida, that travelled across 10 cities, with more than 20 collaborative partners. This collaboration allowed people to come face to face with the Palestinians and for the Palestinians to experience India in this unique way. A sharing that I am sure will have deep impact. I say this with such surety from having experienced a small part of this ambitious tour myself. One of the evenings of the Freedom Jatha in Mumbai was curated and run by Junoon and Tamasha (a young theatre group spearheaded by Sunil Shanbag). It was a wonderful evening showcasing young theatre from Mumbai. The theatre groups could see snippets of each other’s work and hear about the ideas behind their creation. It showed how theatre can speak of social concerns in many different voices and forms. 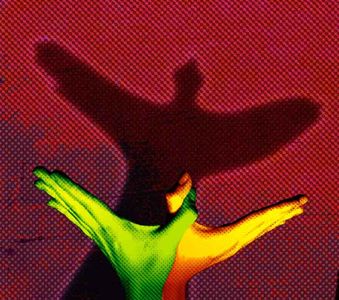 After the brief introduction to the Freedom Theatre by an ex-student and current teacher at the school, Faisal Abu Alhayjaa, we were led further into understanding the Palestinian-Israeli reality through filmmaker and cinematographer Ajay Naronha’s sharing of his experience with Seeds of Peace. The most striking revelation for me was Ajay’s reading of the Israeli’s aggression as a deep-rooted fear. A fear that leads to their ability to commit heinous crimes against humanity in their occupation of Palestine.

What I find debilitating is, when two sides are so unequal, as are Israel and Palestine, there is complete aggression and occupation of the Palestinian land, life and minds by the Israeli armed forces and its citizens. Then what is the route to humanity? In a country where fear has become a normal state of being, how do you keep your head about you? How can the rest of the world be silent, again, like in the 1930s?

There is one thing each one of us can do. We can inform ourselves of the reality and participate in the BDS campaign (Boycott, Divestment, Sanctions), by simply boycotting Israeli goods, as well as cultural and academic institutions.

As the Freedom Jatha states, “when the keys are found, walls will crumble into pathways”. Let us live in hope and search with all our strength for these ‘keys’ to face what seem like insurmountable obstacles. Inshallah and godspeed!.