One for the athletes

I have been appointed a member of the Athletes’ Commission of the International Olympic Committee (IOC). A little history is called for, because the IOC is the supreme autonomous decision-making body of the Olympic Games, the super gala of sports that brings together highly competent athletes from all over the world. It was established in 1894 as a non-profit based out of Lausanne, Switzerland. The IOC consists of international sports federations and national olympic committees of various countries. The IOC is headed by Thomas Bach of Germany and the Athletes’ Commission is chaired by Angela Ruggiero of the United States.

The Athletes’ Commission advises the IOC session, its executive board and the president on matters concerning athletes. It ensures that the athletes’ viewpoint remains at the centre of the decisions taken by the committee. The commission, through proposals and recommendations, can develop toolkits, guidelines and projects to support athletes on and off the field. 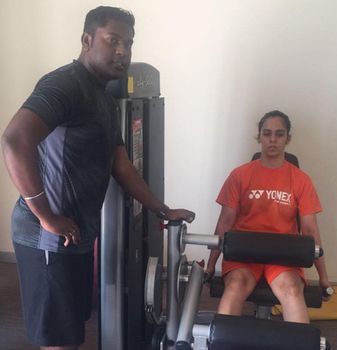 Our responsibilities at the Athletes’ Commission will be to protect and support clean athletes. We will liaise, communicate and engage with athletes worldwide and with relevant IOC-recognised organisations such as the World Anti-Doping Agency, International Paralympic Committee and Court of Arbitration for Sport. We will have to act as role models to promote the Olympic values and history among the youth of the world, and encourage and support the development of international federations and national olympic committee athletes. We will also take part in the evaluation of the cities seeking to host the Olympic and Youth Olympic Games and monitor the organisation of each edition of the games. We have responsibilities off the field of play, too, where we will look into the holistic development of athletes, including education, and take part in the delivery of the IOC Athlete Career Programme and the Athlete Learning Gateway.

The commission has 12 members, each elected for a term of eight years. The IOC president, with the consent of the commission chair, can appoint up to seven members. This year, elections to replace four outgoing members were held in Rio. There were 23 candidates—I was one of them. About 5,000 of the more than 15,000 athletes assembled at Rio voted during the elections, held from July 24 to August 17.

I, however, lost the election. I bagged 1,233 votes, coming in second in the list of 19 defeated candidates. On October 16, the chairman of the IOC, in consultation with the chair of the Athletes’ Commission, selected the top four defeated candidates and appointed us members of the commission. It was a big surprise to me to receive the appointment. Nita Ambani is the first elected member of the IOC from India. Raja Randhir Singh has been an honorary member since 2001. I cannot think of anyone else from India who has been given this honour in the past. There may be two meetings in a year, and the first one will be held in Lausanne from November 6 to 11. The commission may allot me any duty related to forthcoming Olympics.

I am feeling good after the rehab under the able guidance of Chanda Poddar and Heath Matthews (Sir H.N. Reliance Foundation Hospital, Mumbai) from August 27 to October 1 and physiotherapist Arvind Nigam and Mathews from October 2. I have started all exercises and I am doing really well. So, I have started practising at the Prakash Padukone Badminton Academy in Bengaluru with Vimal Kumar sir. And, if all goes well, I may take part in the China Open, starting mid November. I was runner up last time. I hope to change that.