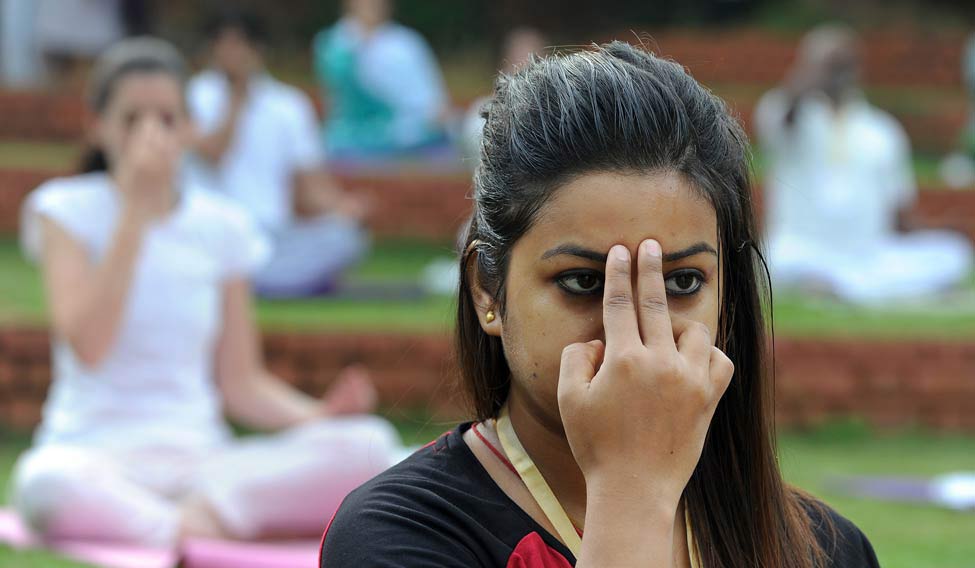 Yoga, for many people, probably means twisting yourself out into some impossible postures. That is not what we are referring to as yoga. Yes, these are various yogic postures and practices, but the word “yoga” refers to a certain state; a way of being. “Yoga” means “union”. Union means you begin to experience the universality of who you are. For example, today, modern science proves to you beyond doubt that the whole existence is just one energy manifesting itself in various forms. If this scientific fact becomes a living reality for you, that is, you begin to experience everything as one, then you are in yoga. In the state of yoga, you are beyond discrimination, prejudice, crime; all evil upon the planet is a consequence of experiencing life in a limited way.

Yoga is not about how to bend your body, which every newborn infant knows, or how to hold your breath, which every unborn infant knows. This is the science of understanding the human mechanism—to be able to conduct it and direct it the way you want. Over 15,000 years ago, the first yogi, Adiyogi, opened up and offered the possibility that a human being can evolve beyond all limitations set by his physical nature, if willing to strive. This predates all religion. Before people devised divisive ways of fracturing humanity to a point where it seems almost impossible to fix, the most powerful tools necessary to raise human consciousness were realised and propagated.

The International Day of Yoga is a great platform to make this inner technology available to all. This year, we want to reach out to the most important segment of human population—the children. My initial plan was to touch at least 10,000 schools across India. On an average, there are about 800-900 children in every school. That means we could reach about eight to nine million children.

After going on a 48-hour, multi-state tour, meeting the respective chief ministers, and receiving positive responses, it has become 35,000 schools. They are all very open to this idea and willing to support it in every possible way. On the face of it, touching so many schools may seem like an impossible task, but we have the methodology and the system to make it happen.

In recent years, the number of children committing suicide has risen drastically. If children are committing suicide, there is something fundamentally wrong in a society. One of the main reasons is they are not able to take the pressure of education and examinations. In one particular district, Kota in Rajasthan, the suicide rate among students is extremely high. Around 1,50,000 students from all over north India are studying there in coaching institutions to prepare for competitive exams.

These children are under so much pressure that some of them break and commit suicide. We have established contacts with all of these institutions, and Isha Foundation teachers have started teaching simple yoga practices there. We will make sure that in the next one-and-a-half months, these 1,50,000 students are getting equipped with at least a simple form of yoga.

As a system of self-alignment, yoga is capable of activating inner energies in a way that your body and mind function at their optimal capacity. It is a means to create inner situations exactly the way you want them. When it comes to external situations, we are all differently capable. But when it comes to the inner situation, we are all equally capable. All human beings, without exception, are capable of turning into the architects of their own joy, the masters of their own destiny. Yoga offers us the key.

It is essential that we empower our youth with this inner technology. All are welcome to assist and fulfil this most important cause for the well-being of future generations. Leaving a better generation of human beings than what we are is a responsibility that we cannot shirk.