Mere tolerance does not cut it 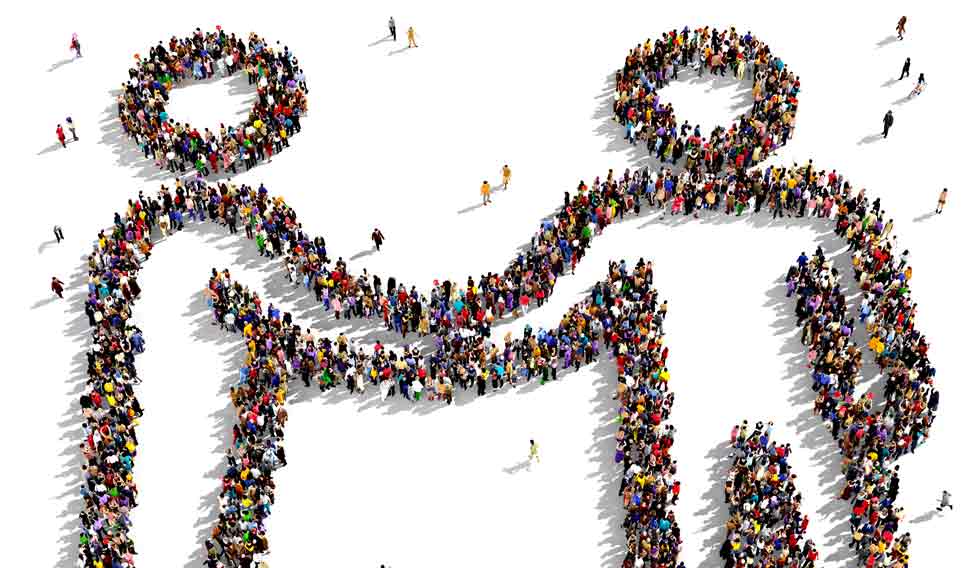 Nations are largely built on the identity of religion, race, caste, creed or language. Sameness has always been the formula in the making of nations. However, India stands in total defiance of this mediocrity. We are a nation which is a multiplicity of religions, races, ethnicities, castes, creeds and languages. We are the most complex and unique nation, and we have been a nation for over 10,000 years.

Every fifty miles, people speak differently, look different, dress differently, cook differently—everything about them is different. Then how is it that we are still one nation? The fundamental thread has always been that we are a nation of seekers. The spiritual evolution in this culture always made space for acceptance and understanding. This is infinitely more enriching than ‘tolerance’. You tolerate someone or something when you cannot accept them for who they are or what they eat or how they pray or who they worship, isn’t it? The spiritual process is about experiencing the oneness of existence. When one seeks to become one with the entire creation, mere tolerance of another does not cut it.

An atmosphere of acceptance that embraces life in all its diversity is a must. This is possible only when one can look beyond limited identities and divisions of humanity and function from a state of inclusiveness.

This milieu sets the right kind of atmosphere for a democratic process. If people are already predetermined which party they will vote for, which caste they will vote for, which creed or which race they are going to vote for, it is feudalism of a different kind. When the opportunity comes in front of us, each one of us should be able to think from our own intelligence and arrive at a decision. So, real democracy can only happen when people do not have strong set of beliefs about anything; they are willing to look at everything fresh. If you are voting for one person, your wife may vote for another person, your children might vote for another person, and it is perfectly fine, and only then democracy will manifest.

But now, people are voting along demographic lines, and the current demographic flux is leading to an insecure majority population. This in turn is bringing the long forgotten atrocities of history come alive in strong resentment. We must remember this is not a land of persecution but of debate and dialogue. It is also the responsibility of the administration that dramatic changes in demographics do not occur. Everybody should be made to understand that what you worship or what you believe is your personal business and it should be kept just personal. Don’t try to do it on the street all the time. If it’s a cultural dimension let it happen on the street so everybody can participate to whatever extent they want. But let religion be a very personal thing, an individual choice.

Balancing individual liberty and social harmony is a very important role of the law and judiciary. All Indians must come under the same purview of law. It must be clear as to what is constitutionally or legally correct and incorrect in the country. Once laws are made, enforcement should happen rather than allowing brutal mob enforcement. Such incidents are coming from insecurity of identity.

Political parties must come clean and take action on those using certain incidents for political profit on both ends of the spectrum. Having said that, media must play a responsible and balanced role. Media, being the fulcrum of successful democratic process, must function as a balancing factor in times of unrest in a society.

Every nation has some nutcases, and we have our share making irresponsible statements. Why are we making it out as if these statements are the discourse of the nation? Except for a few fringe elements, we have remained a peaceful country because the general ethos is that of peacefulness and acceptance. Diversity is our strength. It has arisen in this culture out of wisdom, not divide. We may be divided politically, but culturally we have always been one nation.