Democracy and the spiritual thread - II

India has the necessary fundamental credentials to be a great democracy, and it is. It is incredible how the election process is done. It is the biggest operation on the planet—the way it is pulled off and the efficiency with which it is done are truly incredible. However, in spite of all these, for us to be truly an active and alive democratic process, it is important that we understand this fundamental spiritual thread which has held us together. In spite everything being different about us—the many languages, castes, customs—the one thing that has held us together is our common pursuit of liberation or Mukti.

Unfortunately, there has been an active and organised hacking of this thread for a period of time. If we do not reinforce and strengthen that spiritual thread which holds us together, we will lose something unique. After all, when it comes to human well-being (and I'm not saying this with the prejudice of being Indian); no culture has ever looked at human mechanism as profoundly as this one. When Mark Twain spent more than three months in India, he said, “So far as I am able to judge, nothing has been left undone, either by man or nature, to make India the most extraordinary country that the sun visits on his rounds.” The fact is, that when it comes to the inner nature of the human being, nowhere else have people looked at life more profoundly, without dogma, without belief systems, but by simply looking at the human mechanism and its ultimate possibility for a human being. And this has always been our strength. India has been the spiritual capital of this world for many thousands of years. Right since ancient times people have turned East for answers. 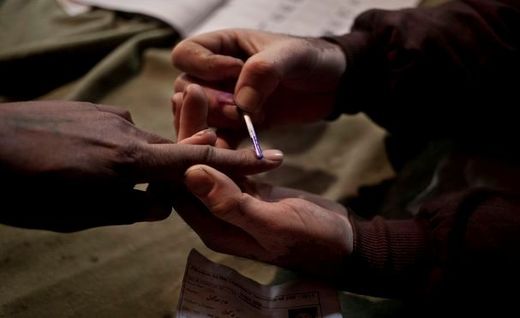 We also have to understand that leadership today has to rise beyond national identities, only then, can real democracy exist across the world. But it cannot be thrust upon anyone. We have also seen it fail when imposed. Democracy is a fundamental thing in a human being that must be respected and is, in fact, the very basis of democracy. Today the world has come to a place where governments are interacting more frequently and are in active collaboration with each other. Businesses are constantly beyond national borders, people are falling in love across borders. You can't stop it. The internet, the social media, is slowly making the national boundaries irrelevant. It is time for tomorrow’s well-being, and we can now start thinking of producing teachers and leaders beyond national boundaries. This is the time to look at it. This is the time to start nurturing it because capitalism is gone.

There is a certain democratic process in the economic system already, and if this has to take root, and if this has to flower into tremendous creativity for the human beings, it is very important that we understand that we can no more be operating always as nations. Nations are still needed, but we have already been looking beyond our boundaries in business, social and cultural spheres. Why not political? Political transcendence will not happen overnight, but in allowing more liberal interaction between societies, businesses, even at a level of bureaucracy, an equitable way of living across the planet can become possible with a common system of justice. We are working for human rights across the planet—everybody should have the same rights, everybody should face the same judicial system. In the same way, we can integrate nations.

Of course we cannot just wipe out boundaries right away, but we can create more porosity. Only then we can work for a better humanity. Today we are cultivating human beings on all levels. To find expression to their talent and their competence, it is important that humans think beyond borders. Only then will true democracy for humanity become a meaningful process.