Render unto Caesar by the calendar

Narendra Modi has attempted two big fiscal reforms till date, and is mulling over a third. The first was the note ban, delivered as a ‘surgical strike’, a military euphemism for ‘bolt from the blue’. It turned out to be a damp squib.

The note-bolt had three aims. One was to stop bad notes, most of which used to come from Pakistan. The bad notes are coming again, now in 2000s and freshly minted in Peshawar. Another was to catch black money. Taxmen haven’t found much—all the money has come back to the banks, and Urjit Patel doesn’t know which was black. A third intent was to make us Indians deal digitally. In the no-note days of November and December we did; but now cash is king again.

The second reform was the introduction of the Goods and Services Tax, better known as GST. Take my word, GST will be a Grand Success Tax. (Why didn’t the regime’s acronymaniacs—Narendra Modi or Venkaiah Naidu—think of this spin!)

There are reasons for GST to succeed. It wasn’t delivered as a bolt from the blue or black; nor has it left us in the red. GST has been served after much contemplation, consternation, consultation, and building of consensus. Unlike what some of the states feared initially, GST isn’t an attempt at robbing Peter (the states) for paying Paul (the Centre). Rather, Peter and Paul will now together rob the people. That’s OK. Let the devils take their dues, divide the spoils as they please, and leave us alone after robbing. A few things will get dearer; a few will get cheaper. In the end, all will be fair and square.

The April-March fiscal year began in 1867, to align with the British government’s. Its rationale was questioned then itself. Indians traditionally planned their finances and festivals after harvest. Most of our festivals of mirth, joy and splurge, such as Diwali, Holi, Baisakhi, Bihu, Pongal and Onam, occur around harvest. We trade and hoard after harvest, and get our fortunes foretold after harvest. 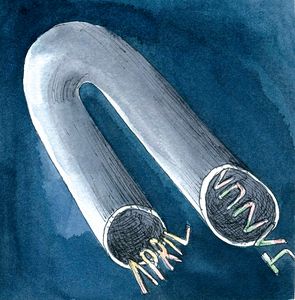 In the current system, the government’s chief soothsayer, the finance minister, does his calculations and divining between November and February, and presents the budget in February end. The main argument against this system is that when he does the divining, he is working without any knowledge of the southwest or the northeast monsoon, which determine whether we will feast or fast for the rest of the year. So a wiser option for him would be to prepare and present his budget in November, when he would have got a rough idea of the size of the kharif crop, get the budget passed in December, and tax us from January till the last day of the year.

Modi has been thinking about it for a while. He made a pitch for a change at a NITI Aayog meeting a few months ago. (Arvind Panagariya’s quitting has nothing to do with it.) The aayogis took note of it, and two of them, Bibek Debroy and Kishore Desai, have prepared a note. A Parliament committee, too, studied the matter and made the same suggestion.

The proposal has other pluses, too. Most MNCs calculate their finances on calendar-year basis. Like it or not, policies get influenced these days more by MNCs than by the monsoons.

The transition won’t be easy. A lot of laws will have to be amended; a lot of account books reprinted, and a lot of software reprogrammed. But all that will be a one-time cost, and will also create quite a few jobs. In this era of jobless growth, wouldn’t we like a few, maybe next year when we are closer to the polls?