That visit, though a transit one, had deeper implications for European and world history than his 1986 and 1993 visits. He had come to brief Indira Gandhi, the one world leader whom both the east and the west had learnt to trust, on one of the last western military actions in the Cold War.

The west had been getting it nasty in the 1970s. At least, that was the pop perception in the west. Watergate had undermined the westerner’s pride in the superior virtues of his liberal-democratic political model. The oil crisis had shown how a few Arab sheikhs could bring the mighty west to its knees. The Vietnamese peasant had shamed the American cowboy into a military defeat and retreat. The Yankee was found wanting against a bunch of Iranian street boys who held a corps of American diplomats hostage for a year and a quarter.

The Russian Commie had blasted his way into Afghanistan. The strategic arms cut, bargained between Jimmy Carter’s America and Leonid Brezhnev’s Soviet Union, had led to a feeling that the latter was cheating by keeping his medium-range nukes targeted against Europe. And the worst of all, the post-war European welfare-state model that a generation of left-leaning intellectual statesmen like Harold Wilson, Willy Brandt and Helmut Schmidt had nurtured in the 1960s and 1970s was causing closure of factories, loss of jobs, militant trade unionism and bankruptcy of businesses.

All these gave rise to a reactionary right-wing politics in the west, led by Margaret Thatcher in Britain, Ronald Reagan in America, and Helmut Kohl in Germany. Though they had been to college, none of them had any intellectual pretensions—rather, they despised the professor-type politicians of the sixties and the seventies, and talked the language of the small-town grocer, the second-rate cine-star, and the foundry manager.

They played their own ‘Trump’ cards in the 1980s, rallied the right, and won their polls. Once in power, they sold off state-run behemoths, cut taxes and doles, and told banks to lend to the dole-drunk youngsters for starting corner-stores. Small businesses flourished, big banking thrived, and the middle classes began making money.

Simultaneously, they flexed muscles. Thatcher sent the Royal Navy to the south Atlantic to defeat a junta in Argentina. Reagan invaded Grenada, sent military ‘advisers’ to El Salvador and Honduras, armed the Contras in Nicaragua, and launched a Star Wars military programme to scare the Soviets. Kohl deployed NATO’s Pershing missiles in Germany. It was to explain the rationale of this move that he came to Indira Gandhi in 1983. 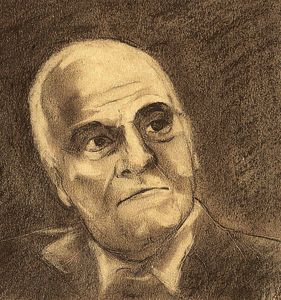 One leader who learnt from Kohl’s lessons was Narasimha Rao, who was Indira’s foreign minister in 1983. When he became PM in 1991, he opened the economy, cut taxes, sold off public sector behemoths, opened the market and released the animal spirit of enterprise.

No wonder, Rao’s first visit abroad as prime minister was to see Kohl in Bonn.