Edward Lear, who wrote a lot of sense and some nonsense, declared after visiting the Taj: “Henceforth let the inhabitants of the world be divided in two classes—them as has seen the Taj Mahal and them as hasn’t.” In these times of strife over mandirs, masjids, maqbaras and mausoleums, we may amend it as ‘those who love the Taj and those who don’t’.

In the latter group fall Aurangzeb, Aldous Huxley, Azam Khan and a few Sanghis like Sangeet Som and Vinay Katiyar. They all dislike the Taj.

Som, a BJP member of the UP Assembly, hates the Taj because he thinks it was built by a man who jailed his father. Som got his history wrong. The whole world knows that Shah Jahan was the victim—and not the perpetrator—of a familial atrocity committed by his son Aurangzeb.

Aurangzeb was a fiend of faith, but let’s be fair—he didn’t particularly despise the Taj. (Once it was built, he grudgingly spent on its upkeep.) The prince of parsimony didn’t like his father spending money on building tombs and towers of opulence. When his own beloved wife died, Aurangzeb spent from his own pocket to build a maqbara in Aurangabad. If you ask me, it looks like the Taj on a poverty diet.

Now Azam Khan, once a minister in the Akhilesh Yadav government who had sent the state police to search for his missing buffalo, has taken a leaf out of Aurangzeb’s calligraphed book of austerity. He too thinks that Shah Jahan had no right to spend crores to build a tomb for his wife.

Huxley, otherwise a profound aesthete of exquisite tastes, must have been eyeless in Agra, to have missed the beauty of the Taj. The humanist author, who dallied in psychedelic drugs, particularly didn’t like the feebly tapering minarets with their black edgings, the balconies on the shafts (he thought they were clumsy), and the pietra dura decorations and flower bas reliefs on the gateway. The drug effect, perhaps!

Now Katiyar and a few other parivaris believe that the Taj Mahal had been a Shiva shrine by name Tejo Mahal, and that Shah Jahan had snatched it from the Hindus for burying his wife. As if the owner of the Kohinoor couldn’t afford a riverside plot. Katiyar and Co derive their history from a looney called P.N. Oak, known in civilised circles as P.N. Hoax.

Anyway, we ought to be relieved that all sanghis aren’t in Aurangzeb’s or Sangeet Som’s company. Both the prime minister of India and the chief minister of Uttar Pradesh have distanced themselves from the sanghi tomfoolery, and even chastised the Taj-haters. Adityanath has asked Som to shut up, and Narendra Modi has asked his partymen to take pride in the heritage of India. 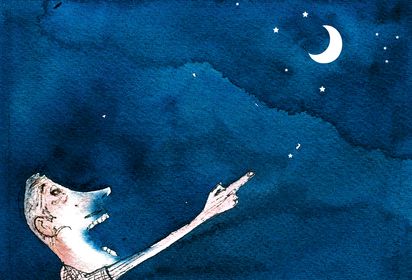 Both the two ought to do more. They ought to tell their partymen to be choosy about the company they keep and the books they read (if at all). Skewed versions of history are spreading through social media, and large sections of the population are getting psychedelic versions of the country’s past. Losers in battles of the past are portrayed as winners, imagined wrongs are being propagated, and the virtuous are made to look vicious. Godses are being glorified; and Tipus being besmirched.

Tailpiece: There is no one to whom India owes more for restoring and resurrecting its architectural heritage than Lord Curzon, perhaps the most vilified among the viceroys of India. Not only did he give huge funds for restoration of India’s decaying monuments, but also took personal care of the Taj.

Ironically, Lord William-Bentinck, hailed as a progressive ruler for his ban on sati, promotion of widow marriage and war on the cult of the Thugs, has a contrary reputation. The governor-general had planned to pull down the Taj and auction the marble. A hue and cry from London stopped him.