A flop show on the frontier

Narendra Modi appeared quite off colour atop the Red Fort this I-Day. The speech was pretty pedestrian—no plan to pull down any plan panel, no plea to clean India or clog India, no bluster over Baluch, no war-chest, no 56-inch chest. Not even a new acronym. The gent looked muchly chastened.

For good reason. Modi was facing the worst crisis of his tenure, similar to the one that Nehru had faced in the 1960s. Nehru had preached Panchsheel to Zhou Enlai, but Zhou coveted Aksai Chin. Modi gave Xi Jinping a dhokla lunch on the Sabarmati banks, but Xi wanted Doklam.

Doklam has since been defused, and all’s well on the Himalayan heights. The gods are in Kailash; the pilgrims are on their way to Mansarovar; the troops are in the barracks; the dragon isn’t breathing fire; India is breathing free; and Modi can fly free—even to China in September.

But Doklam has cost India in prestige. How? Wasn’t it a draw? Haven’t both sides backed off? Indeed, yes. But the men whom China has pulled back are a road-building party—army masons and stone-cutters who had come with pickaxes and shovels. Their combat troops will stay. The men whom we deployed, and withdrew, are the proud soldiers of the much-feted Jat regiment, who had gone with guns cocked, magazines full, and spirits high.

Clearly, Modi had been been led up the mountain path by his strategic managers. First, they failed to read the Chinese mind, which had been made up to slight India. The Chinese had notified their intent to build a road to Doklam, but our diplomats did nothing to dissuade them. When the Chinese came in, India used the military first and diplomacy last; it should have been the other way round.

Second, India misread the Bhutanese mind. Bhutan had been straining at the Indian leash for a while, and had been playing the China card often. The Bhutanese sought our help only after it dawned on them that China’s road would also bring Chinese troops into their army camp at Zompelri.

Throughout the crisis, Bhutan didn’t utter a word. After it was diffused, there was just a ‘phew’ statement. No ‘Thank You, India’. Pray, why the silence?

Third, and the mother of ironies, is that all our show of force was in an area where it wasn’t needed. Any subedar who had carried a rifle there would tell you that the sector is an Indian fortress. The enemy would need eight times our force to dislodge us from the ridges. Yet we backed off without getting China to promise not to build a road. They may come next summer. 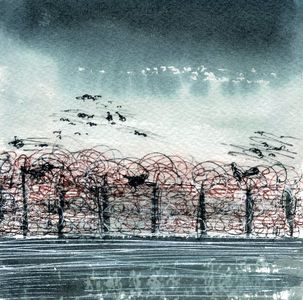 What India lacks is not force, but foresight. When George Tanham said India lacked a strategic culture, we fretted, fumed and quoted Chanakya. (WhatsApp patriots have made a cottage industry of faking Chanakya quotes.) As a colleague wrote in THE WEEK two weeks ago, we still have no national security policy. The security advisory board, once a body of a score of eminent souls, now has just four.

We see the trees, but miss the woods. We mistake border security for national security. A boundary is a line; a border is the land up to the line; a frontier is the vast marches on both sides of the line. Boundaries are manned by the paramilitary. Borders are guarded by the military. Frontiers need strategists and statesmen to manage. We guard the borders and boundaries, but neglect the frontiers.

Rarely has an Indian ruler defined India’s strategic perimeter, and sought to manage the frontiers. Curzon of Kedleston drew the perimeter from Suez to Singapore, and managed the northern frontier at the turn of the last century. At the century’s end, Vajpayee redefined it as stretching from Aden to the Malacca Straits. In between, Indira Gandhi managed not only the eastern and western frontiers, but also the northern marches. She got us Sikkim.