I have been waiting patiently since November 5, 2015—the day of the last phase of voting for the Bihar assembly elections—to see just how many awardees return their awards owing to their politically motivated belief that India had suddenly become intolerant in the first year of the new government.

Today, a fortnight later, not one #AwardWapsi has taken place. This obviously brings us to the larger question of a possible manufacturing of dissent, and therefore, a debate for politically motivated gains (or, what I call, loyalty show-time).

This accusation of “rising” intolerance in India by linking stray state incidents solely to the national government does rouse suspicion of looking for smoke where there was no fire. What other conclusion can one reach as the reportage in the media and #AwardWapsi gang’s activities sped up depending on the perpetrators’ religion, thereby attempting to give these incidents a communal colour.

In stark contrast, similar incidents in states ruled by opposition parties haven’t found more than a mere mention, forget widespread dissent, protest or #AwardWapsi from these so-called intellectuals. One wonders what happened to the IQ of these intellectuals when Prashant Poojary was brutally murdered for being an active voice against illegal cow slaughter, which is largely banned across Indian states including Karnataka where Poojary was killed. Or, the Hindu man who was killed in Bihar for marrying a Muslim woman or the 50-year-old man who was killed during “celebrations” of the birth anniversary of bigot Tipu Sultan, ten days before the actual birth date. 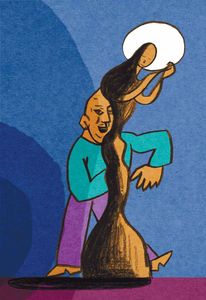 While these left-wing intellectuals are quick to attribute the killing of “rationalists” as rising intolerance, their inability to remember chopping of a professor's hand or stabbing of student workers in Kerala by fundamentalists a few years ago can, at best, be referred to as selective tolerance.

Not surprisingly, none of these “loyalty show-timers” spoke up when the country was being misled by false allegations and stories that mischievously attempted to create a discourse of communal disharmony while facts and later revelations pointed to absolutely different culprits and motivations. Not one so-called intellectual condemned misreporting and unnecessary linking of the government with the Faridabad dalit family attack case, where forensic evidence showed the unlikelihood of outside entry into the house and gave rise to a creeping suspicion of the father’s involvement.

Similarly, not too long ago, the unnecessarily opinionated were quick to link the horrific rape of a nun in Bengal and alleged church and Christian school attacks in Delhi to rising intolerance against religious minorities owing to a change in government at the Centre. However, not one from this gang retracted their statements when all of these cases were found wanting of any communal angle upon investigation. Simply put, if I were to start listing all the cases looking to cause havoc on our unity and falsely blame the BJP government at the Centre, this magazine would fall short of space. This trend of manufacturing controversy close to elections is repetitive to say the least, be it the pink chaddi campaign aimed at the RSS and the BJP in 2009 when the latter actually called for a ban on Sri Ram Sene or the rising incidents of unfounded allegations now.

Now with Dadri, with which our pseudo-secular (but intellectually corrupt) started this fake ‘intolerance’ tamasha bringing our country a bad name internationally, turning out to be a case of personal animosity with a love angle, I wonder where the Sonia Gandhis and Girish Karnads of India would march to and return their awards. Paris, perhaps. Or would they even have a word of sympathy for the hundreds massacred by the intolerant IS?