I woke up early on September 12, rubbing my eyes and eager to know the results of the Delhi University Students’ Union polls. With a cup of coffee and TV remote in hand, I took note of the trends trickling in from the North Campus of the university, where the counting was on. An hour or so later, thanks to the experience of having fought and observed the DUSU polls earlier, it became clear to me that the RSS-backed Akhil Bharatiya Vidyarthi Parishad would do a repeat of its clean sweep of 2014.

My three ‘observational’ visits to the campus, before the voting on September 11, had furthered my conviction that this election would be a vote against the Aam Aadmi Party and Delhi Chief Minister Arvind Kejriwal.

I shall now explain why.

Twelve years ago, when I joined Hindu College on North Campus, I was struck by the unending visits of celebrities and campaigners. Fliers, posters, free party and movie invites… the candidates and their supporters would go to any length to get our vote. And I thought to myself, “Wow! I’m seriously one of the many Alices in this monied wonderland!”

Eventually, when I and my friends did go to vote, we chose the low-profile, ‘underdog’ types who were fighting for issues and were serious about their manifestos. The underdogs did not win. In DU’s history, 2003 was perhaps known as the year of money and muscle power.

As years went by, the charm and frenzy of the canvassing for DUSU died down. The students increasingly based their votes more on issues and less on looks and perception. And, increasingly, the students wanted to see less of money and muscle power on the campus. This year has not been any different.

The fact that the chief minister himself had entered the political maidan did not go down well with the DU community. If at all, it made the person occupying the high post look frivolous and non-serious about his duties and responsibilities. If the AAP-backed Chhatra Yuva Sangharsh Samiti was high on man-to-man approach and aggressive campaigning, it went higher on leaflets, pamphlets, drama, event-management, and glamorised and airbrushed hoardings—that, too, not of the candidates, but of the CM himself. 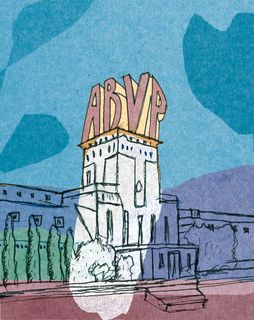 With AAP ministers and legislators themselves approaching students in classrooms and canteens, the feeling was not one of elation of the (unwanted) attention, but one of disconnect and resentment of outsiders and non-DU crowd approaching them for a vote in an election which rightfully should not concern the Delhi government at all. And trust the DU student to catch lies and question where all the money for the big concerts and bigger billboards and hoardings was coming from!

On my third and last visit to the North Campus on September 9, which was also the last date of the campaign, the hawa (or general atmosphere) had become “vote for anybody but Arvind Kejriwal” or “vote against dishonest politics, and against money and muscle power”.

Needless to say, such heavy-duty involvement of the CM, his ministers and legislators overshadowed the existence and standing of the four CYSS candidates. Even today, if you were to stroll down the campus and ask students the names and ballot numbers of those candidates, you would find a majority scrambling for answers.

AAP spokespersons might have been on self-congratulatory mode on various TV channels, but the fact is that, with all that effort, they came behind even the Congress-backed National Students Union of India. It deserves anything but a pat on their back. A young partyman, who was known to be behind the big AAP win in February 2015, told me with a snort: “The CM wanted a vote against dishonest politics. We obliged!”