I participated last week in a day-long festival of ideas and conversation on gender empowerment. It was a panel discussion with Sharmila Tagore, moderated by Shohini Ghosh, a professor of media studies, on ‘Taming of the Heroine’. While neither of us had been tamed, we had enough stories to share about navigating through the boys club in the film industry. Though what stayed with me was a disturbing off-hand question by a woman in the audience—“Will our being strong hurt our femininity?”

Being ‘feminine’ is a burden that most women have to carry, be it a newsreader or a head of state. At all times we must exhibit our femininity in what we wear and how we behave. Even more so as the notion of beauty and what it is to be a woman gets more and more standardised. Case in point, the elections in America. A woman competing for the top job for the first time has accidentally shed light on this deep social assumption. While much is being said about celebrating Hillary’s historic candidacy, more is being said about how she is not womanly enough. She smiles too little. Her clothes are not sexy. She is too smug and pragmatic. She is just too ‘manly’. 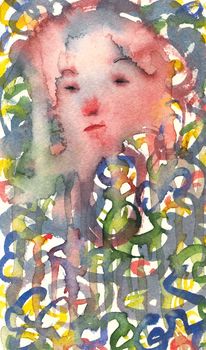 For male candidates, the congruence between the demands of office and their social behaviour is much more straightforward. Had Hillary been a man facing a similarly incompetent and bigoted opponent, based on her experience alone, she would have won by a landslide. The media has categorically brought out the double standard in politics, or rather society, which subjects women to greater scrutiny. If Hillary had said and done all the things that Trump has gotten away with, she would not have made it to the race, and for good reasons.

Women all over the world face the judgment of being either too weak or too strong. It is still not rare to hear women being referred to as the ‘weaker sex’. In terms of rights and opportunities, they still are. The few women that do become successful are often seen as being too aggressive and too strong. They constantly have to prove that they are womanly enough—their anecdotes must be about their children, a tear or two must be shed on public platforms and their appearance must exude some oomph.

The paradox is that while there is this ‘demand’ for feminine attractiveness, women face rampant harassment and abuse. I was shocked, though not surprised, when recently author Kelly Oxford, a social media favourite, tweeted, “Women: tweet me your first assaults.” She expected only a few answers as it was such a personal question. But according to The New York Times, responses poured in—about 50 per minute and in three days, more than 27 million women shared their first scar. Some very explicit and some painfully hesitant, as they just couldn’t bring themselves to talk about it. One tweet said, “I bet every woman, without exception, has a story.” It looked like a place for collective unburdening had been found.

There is so much simmering beneath the surface that one wonders why the culture of silence is so prevalent. All this makes me think of my childhood abuses and all the stories my girlfriends have told me over the years. A hushed blanket is firmly kept over the bruise that is periodically lifted only when you are with someone who, too, has a story to tell. In one such cathartic conversation, a dear friend, who, too, is involved in working with girls and women, said, “Maybe our silence finds its vent through the work we do. Maybe our passion to bring about change for the voiceless has its seed in those early scars.” Perhaps. Wish there were less painful motivations and easier ways to deal with those traumas.

Let no one make the mistake of thinking that time is the best healer. There are times it isn’t. In fact the more we acknowledge the presence of abuse, the more we do something about it. Unburdening begins what must end.