Truth is not an option

These days, ground realities seem to have little use in politics, reminding me of George Orwell’s prediction of the demise of truth. In his famous far-sighted novel, Nineteen Eighty-Four, written in 1949, he said, “The very concept of objective truth is fading out of the world. Lies will pass into history.” He coined the term “doublethink,” and defined it as the ability of a totalitarian government to present contradictory facts as true. He wrote, “The Party told you to reject the evidence of your eyes and ears.” It is no surprise that sales of the novel have surged in this ‘Orwellian age of Donald Trump’, becoming a best seller again. However, the man, born in Motihari, Bihar, died a pauper.

In a further sign of the times, dangerous words like ‘post-truth’ and ‘alternative facts’ are gaining ground, as if truth has multiple versions, and facts, subjective interpretations! It is bizarre, that lies and fake news are attempting to replace truth, which itself means “in accordance with fact or reality”. The battle to reclaim it is now critical to our politics, to our democracy. As Garry Kasparov tweeted, “The point of modern propaganda isn’t only to misinform or push an agenda. It is to exhaust your critical thinking, to annihilate truth.”

These recent narratives are nothing but contempt for the public’s ability to hear the truth and to distinguish it from falsehood. In the land of Gandhi, who made satyagraha (pursuit of truth) the centre of his political philosophy and named his autobiography My Experiments with Truth, it is an irony that should not be lost on any of us. 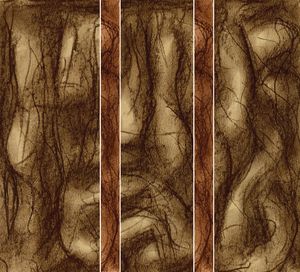 Facts can be frightful and truth, inconvenient, but they cannot be ambiguous. Today words such as these are being replaced with the likes of ‘post-truth’, which was selected as the word of the year 2016 by the Oxford Dictionary. For those unfamiliar with the term, it denotes “circumstances in which objective facts are less influential in shaping public opinion than what appeals to emotion and personal beliefs.”

Saadat Hasan Manto, whose life and work I am chronicling in my next directorial film, is as relevant as Orwell, his contemporary. Manto wrote, “My stories are mirrors that reflect society. I cannot straighten squinted eyes, or iron over distortions. My job is to write with a white chalk on a blackboard, so that its blackness becomes even more visible.” Manto was tried six times for his brutal honesty. Truth has always had enemies. And that is why we must celebrate those who uphold it despite all odds. In every era, there have been those who have called a spade a spade, for which they put their neck on the line, opening the doors of truth for us to enter.

The least we can do is support present-day warriors who relentlessly expose ‘post-truths and alternate facts’. Recently, the Jaipur Literature Festival held a session titled ‘We are living in a post-truth world’. The panelists discussed the dangers of abandoning truth. We cannot afford to have only a few voices upholding it, as the noise of fabricated lies will drown it. It is imperative that those who distort truth be outnumbered. Else, fake information will be repeated enough number of times, making people believe that it is the truth. And that would be disastrous.

Neil deGrasse Tyson, the famous American astrophysicist and writer, recently tweeted, “I dream of a world where the truth is what shapes people’s politics, rather than politics shaping what people think is true.” The reality is that truth is not an option among others. It is the only way to go. The rest, ‘post-truth’ and ‘alternative facts’, are falsehoods. They are lies.