I seldom feel like responding to accusations or giving explanations, but today I want to reflect aloud and explain my side of the story. The verdict will always be yours.

It began several months ago, when on a TV panel, I questioned a racist comment made by a Union minister. A senior journalist warned me of the consequences. As predicted, the next morning, the online trolls, a word I barely knew, had let loose on me. For those less versed in internet slang, trolls in the Webster dictionary means a mythical creature of a very ugly appearance. Not too different online, they refer to posts that intentionally cause disruption to those they are attacking. And experts enlighten me that some of them are actually paid for it.

The emergence of this online behaviour has managed to prove wrong the cliché, ‘there is no smoke without fire’. It is easy to spread messages online without a kernel of truth. So, soon after the TV show, Twitter was flooded with angry criticism of a statement I never made: “All men are potential rapists”. I tweeted back, “I'm being falsely quoted. Never said all men are potential rapists. What kind of a stupid generalisation is that? Sad one has to even explain this.” After all, in 140 characters that is all one could say, but then what more was needed?

The false quote got tweeted again and again, and for the first time I saw a completely fabricated quote turning into a ‘fact’. At times, mainstream media is no different. A friend identified the false quote to a subheading of a 2013 article in The Times of India on sexual harassment in the work place. The article otherwise had nothing to do with me and was written by someone who I had never spoken with!

Over the last 15 years, I had barely read or watched anything about myself. It kept me sane as both flattery and brickbats are kept at bay. But, today, in the age of attract-traffic-at-any-cost media and its amplifications online, I wonder whether it is wise to turn a blind eye. Actually, what got to me was when photos of my son, who is just five, appeared with a caption—‘potential rapist’. My father, husband… all were dragged into it. How does one fight this kind of a lowest denominator of attack? 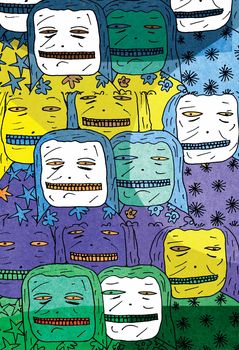 The trolls indulge in daily mudslinging, with the aim to provoke or silence the one whose ideology, values or politics differ from theirs. Their screaming and abusing goes unchallenged, but often a civil discourse is shouted down with venom. It is hugely worrying how this echo chamber of outrage, fuelled by a small number of people, is becoming an unchallenged source for mainstream media and, often, even driving it.

What finally made me want to reflect publicly on this matter was the new manufactured controversy over my alleged endorsement of the ministry of women and child department’s Beti Bachao campaign. Neither was I invited to be part of the campaign nor did I approach them. I had participated as a narrator in a documentary film called Girl Rising, along with other actors like Priyanka Chopra and Kareena Kapoor. The producers much later decided to partner with the Union government's campaign.

So, the trolls went berserk accusing me of being opportunistic in supporting a Modi government initiative, while being critical of their party ideology. The outrage is wrong-headed not just because it has no basis, but also for the assumption that supporting a good initiative of the government is a political support. Some forget that in a democracy there is a difference between them. And, while they often overlap, we in fact must remind them of keeping it separate.

We all know the good social media can do. If Twitter did not exist, we wouldn’t have had the Arab Spring, and certainly we would not have reconnected with our childhood friends without Facebook. But, somehow, in the virtual world we have lost the civility that most often exists in the real world. To lose a democratic space is to close open dialogues. And, we must not let that happen.