These days Vihaan, my son, and Manto, my protagonist, consume me fully. And in different ways, I experience the joy and struggle of being with them. So all thoughts seem to find their roots in one of the two preoccupations. Ruminating on what Vihaan inspired today will be of little interest to most, so let me stick to Saadat Hasan Manto.

For almost three years, I have been researching and scripting a film on the most fascinating years in the life of Manto, and that of our subcontinent’s history. But writing a script on a prolific, maverick writer of the 40s is an endless pursuit. At every step there have been difficult choices to make—linear versus non-linear structure, historical accuracy versus creative liberties, a personal versus a political narrative and countless more. To encapsulate, in a two-hour script, a life and time so dramatic, has been challenging.

I have been indiscriminate in sharing my script, always curious to know how different people react to it. But one of the things that struck me during this process was that younger people were harsher and more confident of their comments than others; leaving little room for uncertainties. Perhaps everything around them is forcing them to appear surer of themselves, than they really are. I feel acknowledging subjectivity is the first step to critiquing. A friend once said to me that she always adds, ‘for me’ whenever she voices her opinion, to remind her of this.

In 2009, when I was on the Marrakech International Film Festival jury, our president, Abbas Kiarostami, the master filmmaker from Iran, gave a poignant speech at the opening ceremony. In essence he said, “I want to apologise to all the filmmakers whose films we will judge. I recognise the fact that our opinions are subjective and only the films that stand the test of time will be the true winners. But till then, we have been given the uncomfortable task of judging your films. For this, as the jury president, I am sorry.” 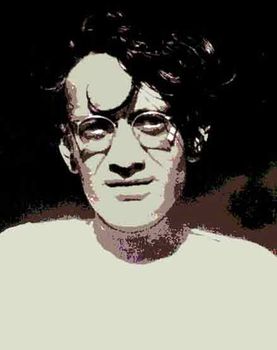 I was deeply impacted by this. Of course there are times I catch myself being quick to critique, and then I hear Kiarostami gently whisper in my ears! But these days, as I unabashedly share my script, I am at the receiving end. Though often the comments cancel themselves out—a scene someone finds faults with, is singled out by another in praise, or someone finds a portion extremely disturbing while another is not so moved. Despite how overwhelming the various contradictions and opinions have been, this process is helpful as eventually one only ends up taking what truly resonates. Again, a subjective collation of criticism!

My directorial debut feature film, Firaaq, had five different stories intertwined within a spatial and political context. Viewers would tell me why they thought a particular story was the best, and I noticed that invariably the reasons were very personal. This is no surprise, as I think that responses to any work of art or literature are more often a reflection of one’s own conditioning—perceptions, experiences and exposures—than of what is being critiqued.

So, how then do we objectively attribute some works of art or literature as good or bad? Apart from being aware of one’s subjectivity, to hone one’s ability to critique, one perhaps needs to have not just a constructive, analytical, but also a sensitive engagement with the subject, and over a considerable period. In the end, like the work of art, the critique, too, must withstand the test of time.

The moment one puts out a piece of work in the public domain, one makes oneself vulnerable to criticism and analysis, as it should be. And while it will always be my view versus yours, at the end, some works will outlive others. It is that pursuit of honest excellence that makes it all worthwhile.

As we celebrate Manto’s 104th birth anniversary on May 11, it only reaffirms the fact that a man who suffered six obscenity trials stood the test of time. True, Saadat Hasan died, but Manto lives on.