Our Independence Day is meant to be a reminder of the incredible idea of India that has endured many odds. Yet, this August, I just could not get myself to feel optimistic about where we are 69 years after we got our freedom.

The month saw unabated violations by the security forces against civil society and the media in Kashmir; the depressing stories of widespread dalit oppression, with the latest one in Gujarat; Irom Sharmila’s social persecution for wanting to live, after 16 years of hunger strike against the draconian Armed Forces Special Powers Act; and yet another NGO, Amnesty India, being targeted for raising some inconvenient truths.

The silver lining, however, was Dipa Karmakar, the first Indian female gymnast ever to compete in the Olympics. And soon after, wrestler Sakshi Malik and shuttler P.V. Sindhu astonished us, winning India’s only two Olympic medals.

India has the lowest per capita medals among large countries, and this is not national greatness undermined but the vast potentials of millions of girls and boys wasted because of our collective inability to provide access. It should not be rare in a country of one billion for a girl to dream of being a gymnast or a wrestler. But if they did, the chances of it becoming a reality would be below minuscule. But these women did, fearlessly, successfully.

This Olympics was also a reminder that not just we, but the whole world has such a long distance to go before we can rid ourselves of misogyny and racism. It thankfully triggered some insightful debates and deep reflections.

In the media, especially on social media, the prejudice that surfaced was both, angrily and wittily challenged. It forced us to think about the linkages, or the lack of it, between the pursuit of excellence and the pursuit of equality. This is true of the whole world, not just India. 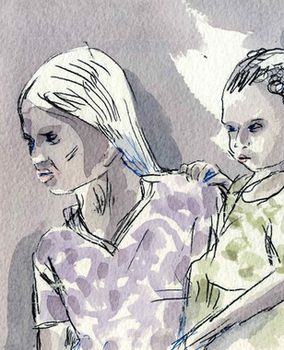 For instance, Simone Manuel, a black woman, created history by winning the Olympic gold medal in individual swimming. While black sportsmen and women dominate athletics, those who do not have socio-economic mobility and access to resources in gymnastics or swimming have been held back.

Swimming pools in America, like in many other countries, are still a luxury reserved for the privileged, largely the whites. Many African Americans live in poor neighbourhoods and are overtly and covertly kept out of even public pools. Most parents, who never learnt to swim, are unable to encourage their children. A historical exclusion keeps a whole race out of the race!

When Simone created history, she said, “I would like there to be a day where there are more of us and it's not 'Simone, the black swimmer'.” But we all know this will take time.

The lack of resources for the most talented among the poor is no different in India, where a vast population is socially excluded. We need to recognise that deep social problems cannot be wished away by only the rhetoric of economic development; it requires a great deal of conscious inclusion and social action. While we are proud of the individual excellence of Dipa, Sakshi and Sindhu, imagine how many more of them remain thwarted. The reason to take this failure seriously is not for flaunting national glory at the Olympics, but for the underlying social and economic deprivation that it reflects.

The silver lining also begs reflection on how and why did we get here and what can we learn from all that is history. These are complex issues. When I saw some of the posters that were floating on social media, congratulating the achievers, the irony in some of them was evident.