I first read Manto in English, when I was in college and then a few years later, I bought the Urdu collection―Dastavez, in Devanagari. I was struck by his simple yet profound narratives and his insightful capturing of people, politics and the times he lived in. He wrote as he saw, as he felt, without dilution, and with a rare sensitivity and empathy for his characters.

Saadat Hasan Manto was prolific. In his short life of 42 years, he wrote 600 short stories, more than 100 radio plays and essays and several sketches of people that crossed his path. His candour about sex and sexuality and astute observations of life around him formed much of his work. While undoubtedly many of his writings could lend themselves to a dramatic film, it is the story of his own life that is supremely worth telling.

For more than ten years, I nursed the idea of making a film on Manto, even before I made Firaaq. But I felt overwhelmed by the large canvas―a period film, set in Bombay, Delhi and Lahore. His work, while being intimate, also explored the big events of the times―World War II, end of colonial rule and partition. I didn’t think I could handle the research it would entail and was unsure if I had the depth and range of experiences that were needed to portray a man like him. But today I do feel better equipped, both emotionally and creatively, to tell this story that so needs to be told. 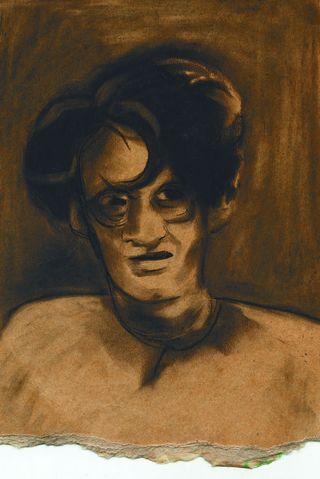 Manto lived only for 42 years (1912-1955), but on his own terms, with no care for social dogmas. He was irreverent and had an irrepressible desire to poke a finger in the eye of the establishment, often with sharp humour. The women in his stories were complex and richly developed, but he reserved his most nuanced and sympathetic gaze for the sex workers. He was tried for obscenity six times, but remained defiant. “If you cannot bear my stories, then this is an unbearable time,” he said.

He neither judged nor pitied his characters. He simply wrote with unadorned honesty about the world he shared with them. “I am no sensationalist,” he said. “Why would I want to undress a society that is already naked? Yes, it is true I make no attempt to cover it but that’s not my job... my job is to write with a white chalk, so that I can draw attention to the darkness of the board.”

As I plunged deeper into Manto’s life, I wondered why he seemed so familiar. I began to realise that it was because it felt like I was reading about my father. Baba is an artist who is engaged beyond art, a maverick who is intuitively unconventional, a misfit who is often misunderstood and even his bluntness isn’t too different from Manto. The similarity extends even to their unusual sensitivity and their non-relationship to money.

But what intrigues me is that there is a Mantoiyat in all of us―the part that wants to be free-spirited and outspoken. Manto’s fight for freedom of expression and courage to stand up against orthodoxy of all kinds is truly inspirational. But he was also like you and me―fallible and full of contradictions. I hope to do justice to a story that has many threads, all seemingly different, yet so deeply intertwined. I have loved the research thus far, and I know that the journey of making this film will be special in more ways than one.

I feel fortunate that all three of Manto’s daughters and his grandniece Ayesha Jalal, the historian, are giving me their unconditional support for the project. They have made me part of their family and now our bond seems beyond the film. My co-conspirator, Ali Mir, and I are scripting an intimate retelling of the times, seen through the eyes of this intensely engaged writer, the likes of whom we have not seen, before or since.