In the 1960s, the artists of Group 1890 played a significant role in pioneering forms of indigenous art expression. We can congratulate the Delhi Art Gallery, Ashish Anand, Kishore Singh and associates, for bringing alive an exhibition of works by nine artists with an impressive catalogue of 564 pages.

Group 1890 'believed for one magical spirit-filled moment that they might change the discourse and practice' of art.  They called themselves by a house number in Bhavnagar Gujarat belonging to Jayant and Jyoti Pandya, where they met. The core group included the ideologue and firebrand J. Swaminathan, Jeram Patel who introduced techniques of the blow torch, professor and artist from Baroda Gulam Mohamed Sheikh, sculptor Himmat Shah, and painters Ambadas and Eric Bowen who both settled abroad in Scandinavia.

Their aim was to search for 'authenticity' for a new modernity in the era post-Independence—in protest against academic realism, the Bengal school, and current imitations of western art. Their show was held in 1963 at the AIFACS Gallery in Delhi, with enthusiastic support from the poet (and later ambassador) Octavio Paz.  Photographs show Paz and Prime Minister Jawaharlal Nehru present at the opening venue. Swaminathan also started a journal called Contra, with four issues which include significant writing in this decade, followed by Vrischik which closed down in 1974.

Group 1890 did not issue a manifesto, unlike the Bombay Progressives who had preceded them in the 1940s. Unlike most urban artists of the time, what distinguished them was their deep-rooted links to small towns in Gujarat, Maharashtra, Andhra Pradesh, and for Swaminathan the Shimla hills. They were comfortable with regional languages, with Sheikh writing in Gujarati. Swaminathan wrote poetry in Hindi, his brother Nirmal Verma being among India’s finest writers in Hindi. 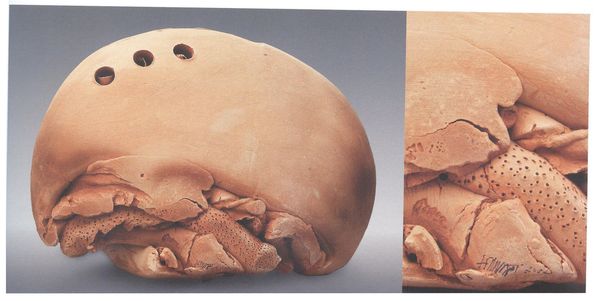 Swaminathan’s ideas were perhaps ahead of his times in Indiai in many things, but most in his rediscovery of the ‘primitive’ in adivasi or tribal art. These were his source of inspiration in early works, to which he returned in the 1990s. Later appointed the first director of Bharat Bhavan, Bhopal in 1982, he showcased contemporary art and tribal art alongside in two adjacent buildings. Swami searched through indigenous sources in Indian painting, introducing the space-colour compositions which had resulted in the brilliance of Pahari miniatures in the 18th century. In the 1970s his series on the Bird and Mountain explore these ‘new’ spaces.  Certainly his discovery influenced other artists at the Garhi art studios, such as in the pungent contrasting colours of peori yellow and purple, pink against green, vermillion against white used by Manjit Bawa.

In my visits to the Garhi art studios we talked along with Bawa about the infinite possibilities of space-colour, moving away from realism, light and shade (which did not exist in Indian miniatures, and was certainly a ‘western’ impact ) to explore other resources. Later when we met in the 1990s, Swaminathan was exploring the significance in his work of the ‘numen’, the smallest particle of life potent with life’s energy. He was artist, anthropologist, archaeologist, scientist and ideologue all at the same time, with the emphasis changing through decades.

Perhaps the most volatile expression was by Jeram Patel, with ink drawings explosive and explicit on sexual energy, and bold experiments with the blow torch on wood. Equally innovative were the experiments in oil and canvas by Ambadas, who chose to settle in Norway. Another ‘explorer’ of ancient mediums is Himmat Shah, born in Lothal in Gujarat known for its archaeological excavations of pottery. His sculptures in terracotta return to these pristine forms of ancient jars from 2000 BC, sometimes with pitted surfaces of holes, some times introducing ancient hieroglyphs. He also introduced masks in terracotta inspired from tribal masks. Every piece is original and unique, unlike the ancient remains, as it is ‘modern’.

Why did this movement of pioneers, so important in its time, fade out? The artists found support in the writings of art critic Richard Bartholomew who noted this movement was against ‘isms”.  They lost out to posterity because they were each individuals who each went their own way, searching new, elemental and raw expression.  As expressed by Ghulam Mohammed Sheikh, they believed essentially in “the primacy of the creative impulse over forces of rationalism”.