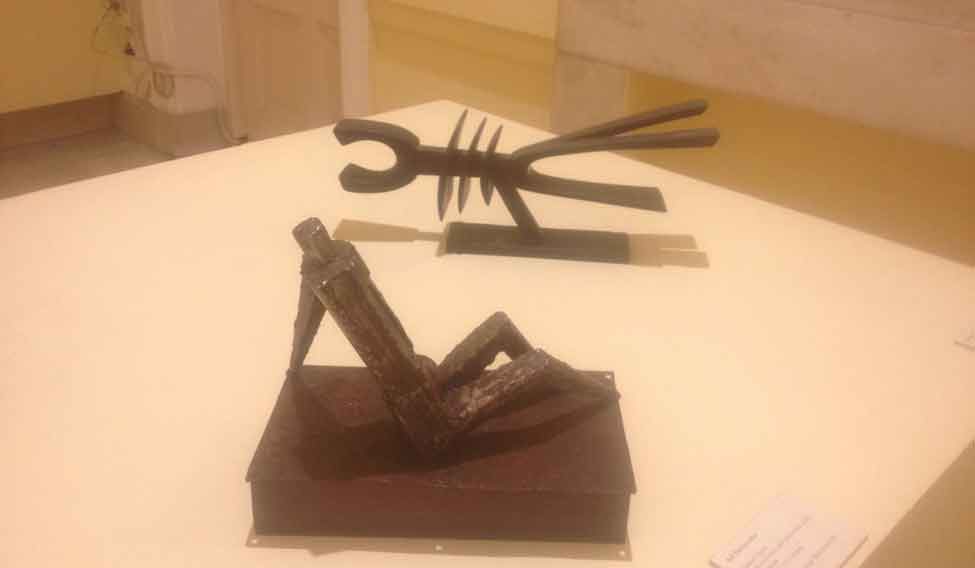 As one of the smallest communities in number, the Parsis have made a phenomenal contribution in India. Firstly in business enterprise, and then richly in the fields of the visual arts, film, theatre, poetry and literature. Their contribution is being celebrated over the past two months in Delhi, at the National Gallery of Modern Art, the National Museum, India International Centre, India Habitat Centre, Indira Gandhi National Centre for the arts: in exhibitions, talks, films, theatre, cuisine.

At the NGMA, the exhibition titled ‘No Parsi is an Island’ sums up the essence of Parsi culture; of being both cosmopolitan and yet rooted. As mentioned by the co-curators Nancy Adijania and Ranjit Hoskote, the “key concepts for this exhibition are ‘relatedness’ and the ‘worldling’ of the Parsi artist”. Selected from private collections and galleries and well researched, the show exhibits the work of 14 artists over 150 years.

As quoted above, these artists possess a remarkable ability to relate their work to both India and beyond. A painting by Pestonji Bomanji reveals this in his painting Feeding the Parrot. The play of light and shade suggests his understanding of Vermeer’s paintings from 15th century Europe; yet, in a corner, the artist introduces a narrative scene from the Ajanta frescoes. Portraits by Pestonji and Pithawalla from the collection of NGMA itself are in a full room introducing us to women in the sari draped Parsi fashion over the left shoulder. Most outstanding are two self portraits by these senior artists born in the 19th century, using the colour tonalities by that great master of realism, Rembrandt.

Exhibits include the work of senior sculptors Piloo Pochkanawala and Adi Davierwalla, both working in an era dominated by Henry Moore. Piloo Pochkanawala experimented in many mediums from wood to metal to stone to terracotta to cement, but fibreglass was not being used in her time. I knew her as a feisty woman who worked along with Kekoo Gandhy of Chemould Gallery to have the NGMA established in Bombay [now Mumbai]. Her dynamism is seen in her open-air installation titled Spark, which has been long destroyed but preserved here in a model. Adi Davierwalla’s images in iron and metal are minimal but intensely poignant as in his Crucifixion, and in the Greek myth of Icarus who wanted to fly but fell to the earth, his wings [made of wax and feathers] burnt by the sun. 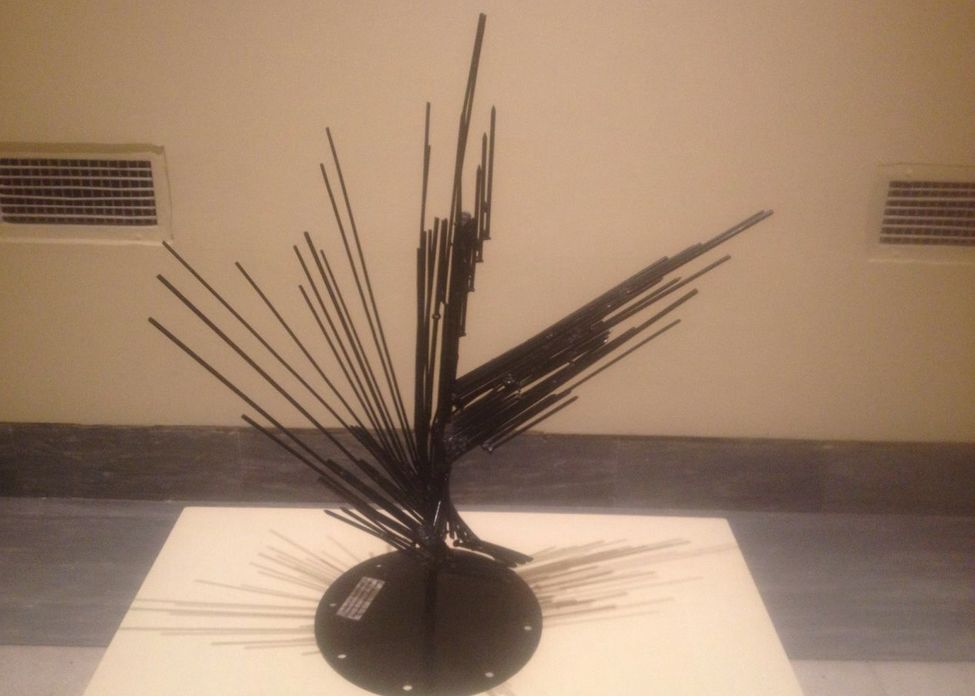 Many artists lived and worked in Bombay, the metropolis of modern art till the 1990s. Among them is Dr Gieve Patel, whose work is contextualised and seen along with that of his contemporaries and friends who are not Parsis: Atul Dodiya, Anju Dodiya and Sudhir Patwardhan. The hall is dominated by Gieve Patel’s powerful work Man in an Irani Restaurant. The setting and focus remind us of that genre on the working class introduced by the Flemish artist Pieter Breughel, which becomes the major focus for several Bombay artists from the 1980s.

In the same genre Off Lamington Row by Patel introduces a street scene of men, women, children, goats, a horse, cycle rickshaws, a flute player and a drummer. Contrast this with the bold colours of violence in Patwardhan’s Riot or the witty comments by Atul Dodiya titled Dr. Patel’s Clinic in Lamington Row (Dodiya’s homage to Gieve, which also includes his homage to artists Bhupen Khakar and Tyeb Mehta) and we realise that paintings by Patel remain tentative experiments. His small bronzes, however, are strong statements. These include two works of the hand with four fingers of Ekalavya, the tribal youth who was cunningly made to cut off thumb by Dronacharya so he could no longer be the finest archer and a rival for Arjuna.

We cannot overlook the Parsi contribution to dance, film and theatre, which is highlighted here with videos of the work of Jehangir/Jean Bhownagary, and in the dynamic energy in drawings of dancers by Shivaux Chawda. For me the most interesting thrust of the exhibition is the fine balance between European influences and an Indian identity.