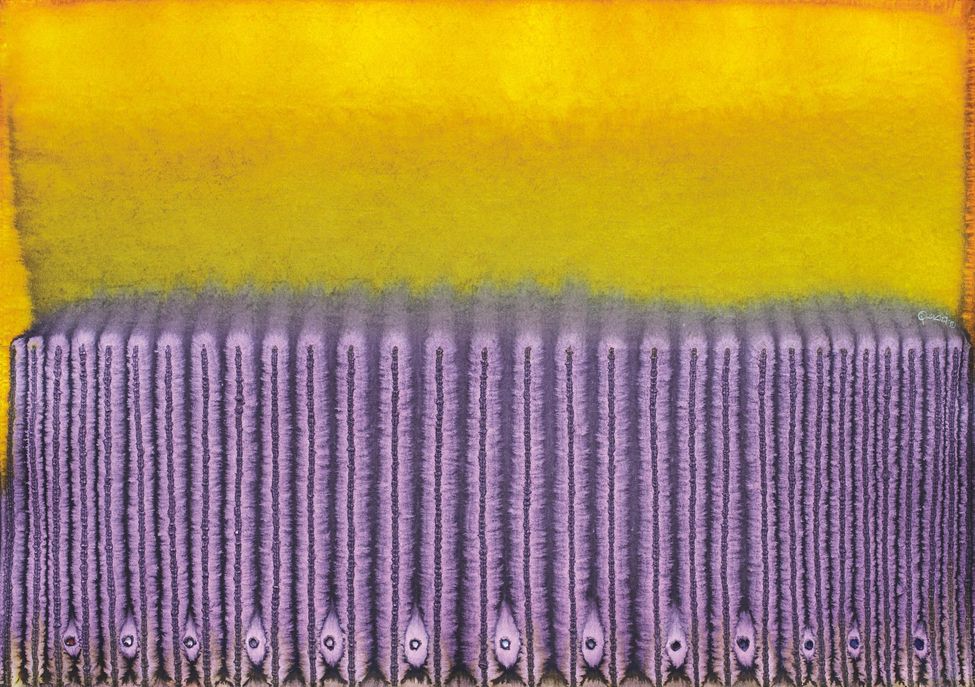 Sohan Qadri was initiated into tantric Buddhism at the young age of 16. He practised it to the end of his life, seeking answers through painting

To be a practising Tantric and a painter excelling in his art, at the same time, would be difficult. Sohan Qadri was an exception, as his work testifies in the current exhibition being held at the Kumar Gallery in Delhi. To have known him at all was a privilege, but he spoke little in the six days that I spent with him in Copenhagen in 2008. Watching him at work on thick handmade paper was fascinating, as the process slowly unfolded— through the afternoons as he worked in his studio, and through the nights after we left the studio and went home. 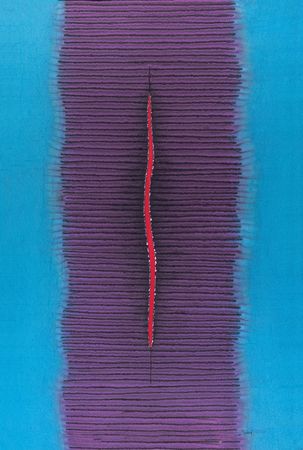 This process of work held out incredible mystery. As he commented, his paintings did not merely exist: they remained eternally in the process of ‘becoming’. By this, perhaps, he meant three things. The first was that the canvas continued to complete itself with the paint gradually working itself into the lines and the dots that had been manually gouged out by him on paper. On the next afternoon we returned to the studio to see the painting was finished—a luminous and expanding space of colour sensations. The second aspect to ‘process’ was that his experiments in paint were entirely spontaneous, and not preconceived. The third and most significant aspect of his comment was metaphysical. One of the basic beliefs in Buddhism is that life itself, like Qadri’s work in fact, is never static but in a continuing process of ‘becoming’.

These three aspects introduce us to three vital aspects to his work. The first is the treatment and technique which he applied since 2000, which was quite unique to his work. The second tells us about his state of mind, both purposeful and yet set free to expand and grow, allowing spontaneous expression into every painting. The third aspect relates to the philosophy of Buddhism, believing that every moment is one of change and transformation.

Sohan Qadri was initiated into Tantric Buddhism at the young age of 16; he practised it to the end of his life, seeking answers through painting. In his village in rural Punjab he had come under the influence of a Sufi master, and at that point Sohan Singh changed his name to Sohan ‘Qadri’. Both these influences changed his life forever. He travelled for some years in the Himalayas, and then came back to hold his first exhibition in Chandigarh in 1964 when he was encouraged to paint by Dr Mulk Raj Anand. He exhibited his work in Zurich and finally settled in Copenhagen to teach Visual Meditation.

At the Kumar Gallery, a painting from 1973 is perhaps the key to understanding his early work, with a Shiva linga rising with a serpent entwined around within the orbit of a red circle. Equally powerful is the vertical rising of the Kundalini, a fierce red penetrating through deep purple to send out vibrations of energy in a work dated 1975. Worked in thick impasto, the colours are fierce contrasts, relating directly to Tantra. Virendra Kumar first met Qadri in 1963, when writing his book on Tantra.

In 2000 there was a total transformation in Qadri’s work, when his images transcend explicit manifestation of sexual energies, and become oceans of colour in purple or sea green, rising vertically or expanding horizontally to awaken our inner consciousness. His mastery of colour tones is unrivalled, and rarely does he use more than the subtle tones of one colour, graduating from light to dark deep purple or blues or yellows. Each colour holds out a different mood, and meanings. 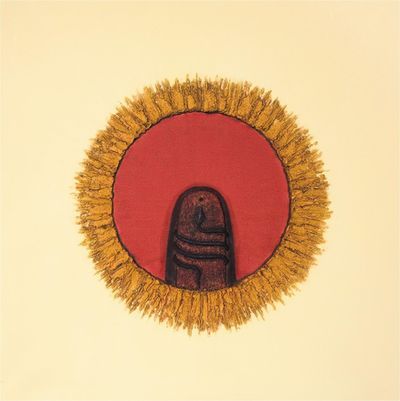 While in Los Angeles in 1971 Sohan Qadri began writing his first poems on the Dot. First published in 1988 by the Writers Workshop in Calcutta, these hold out a key to his philosophy, and indeed to his work.

The Dot and the Dots glean from the elusive wisdom of the Gnostics where the world of meaning is deliberately confounded, and condensed into minimal words with multiple meanings. But why does Qadri call it the Dot when other terms exist such as bindu and surya and seed are used by contemporary artists returning to Tantric symbols?
“I could have used the word Bindu but I wanted to avoid religious connotations; and so I called it the dot. The organised religion of the Sampradaya is a platform creating conflict, which I do not appreciate,” he had said.

The dot offers endless possibilities of manifestation. The dot is one and it is the many. It offers the still point of focus for meditation, and also for expansion into the infinity of the universe and Time. As a seed it represents the ova and the sperm; but it also represents the sun and stars in the universe. In its multiple meanings it mirrors “the profane and the profound”. The dot is the beginning of all existence.