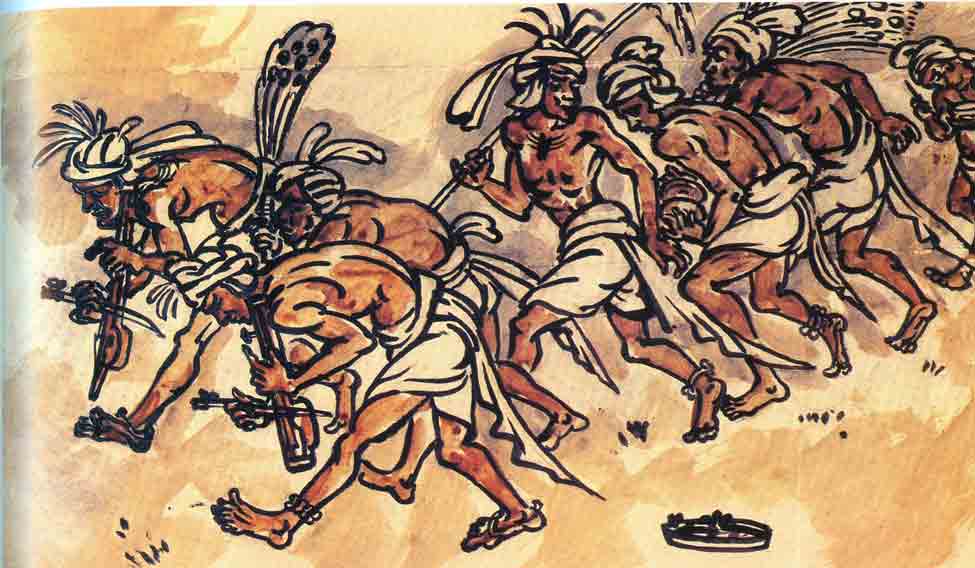 For the first time, celebrated posters for the Haripura Congress of 1938 are being exhibited to fill seven large rooms and the corridors of the National Museum in Delhi. Unique in history, these paintings were commissioned by Mahatma Gandhi from Nandalal Bose, to popularise indigenous art and introduce it to “rural people passing by..” Nandalal was invited by Rabindranath Tagore to take charge of his art school in 1919, even before Viswabharati University opened in 1921.

The Museum has a collection of 6,800 works by the 'master moshay' of Santiniketan, giving us some idea of how prolific he was as an artist. These include paintings in water colour and tempera, graphic prints, woodcuts, drawings and sketches, and also postcards—Nandalal’s innovation of writing letters inscribed with his drawings. For the posters at Haripura, however, he moved far away from his classic style of exploring mythology and landscape to explore idioms in popular art. 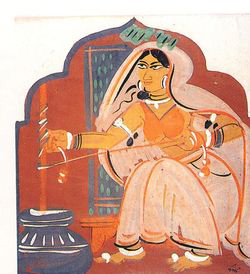 Almost 80 years after they were painted, it may be worth revisiting this body of work, because they remain unique in history. First of all, they are not posters at all but individually painted in the difficult medium of tempera. Secondly, they draw attention to professions of the working class, some of which no longer exist or where the tools are now mechanised. Thirdly, they abandon Nandalal’s concern with landscape and his later obsession with Chinese painting, to focus on the dignity of human work.

Professions are valorised of the blacksmith, the tailor, the dhobi, the paper-maker, the ‘tiller of the soil’, the gardener and the drummer, wrestlers in the act. The Baul singer/dancer appears in ochre robes, and the writer is clearly intellectual and of a different class; but strangely Nandalal does not depict the profession of the painter or artist. 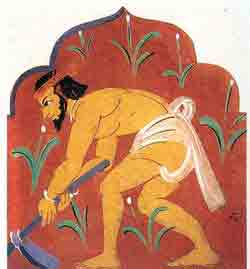 Men are young and old, Muslim and Hindu, as stereotyped into different professions. Women stereotypes are different than what may appear today—no Sania Mirzas or space aeronauts but a woman churning butter in a huge earthen pot, or squatting to cut vegetables with the sharp curved scythe—both tools being rarely used today. Women appear in “the oldest profession in the world”, except that the title reads ‘Expecting the Lover’.

It is assumed that the artist drew only from popular idioms in Bengal. For instance, ‘Cleaning the Ear’ repeats a favourite theme from Bengal Kalighats. What has not been noticed is that he actually resourced medieval paintings from medieval Rajasthan and Gujarat, with the sharp nose in profile, angular bodies and patterned textiles that appear in Jain Kalpasutras. He repeats the theme of ‘mother feeding her child’ as he was not happy with replicating from the Kalpasutra. So he returns to the sensuous curves of his inimitable style, with white curves strokes to define necklaces, earrings, anklets. The vigour of his line and brush makes me rethink charges of the “wishy washy style of Santiniketan”.

The exhibition also brings us copies of drawings by Nandalal Bose to the opening of each section of the Constitution of India. Done later in 1950, with each page of our Constitution inscribed beautifully by hand, these drawings lack his earlier vitality; but they retain the signature style of the master.