The illusion of change

Recently, Ramachandra Guha resigned from the Committee of Administrators appointed by the Supreme Court to oversee the BCCI’s operations. It was a surprising move and one that caught many unawares. Why would someone with impeccable credentials want to quit an organisation that is responsible for a network that connects this nation like no other single organisation does? It required courage and clarity to let go of something as big as this. The reasons he listed in his resignation letter made it clear to me. It was largely business as usual at BCCI, despite the CoA overseeing the administration. Key recommendations of the Lodha panel were still to be executed and, most importantly, conflict of interest continued to be rampant, according to Guha.

When the Supreme Court announced the formation of the CoA it was a change that was welcomed by most people who loved the game, but were unhappy at the way it was being managed. In fact, this ruling paved the way for a public interest litigation by 30-odd sportspersons, of which I am a signatory, to apply the recommendations to other sporting disciplines as well. I wonder now whether this will have any impact on our failed sporting system. If the Supreme Court’s intervention with its so-called ‘unbiased wisdom’ cannot truly create the desired change, then what can?

For more than a decade, I have, in my own way, been striving for change in something that has defined and given meaning to my life. And while there are signs of the roots of the old system shaking, I am unclear as to whether change can happen at all. I am not being pessimistic nor cynical. It just seems that the more we want to change things, the more they remain the same. 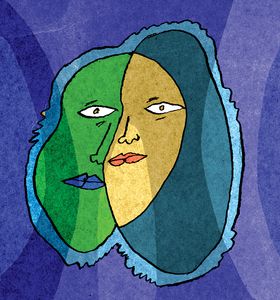 And, it seems to be what is happening around the globe. There is a churn of change racing through human society brought about by heightened polarisation. The election of Trump, Brexit, emergence of right-wing leaders in Europe and the radical changes in India, too, are examples of this. In India, after six decades of one-family rule that wasted the tremendous potential of an entire country, a right-wing alternative has emerged and it is spreading like wildfire. Political commentators will no doubt dissect the happenings in greater detail but to me all these are reactions to what was, and, interestingly, it is all taking place at almost the same time. People want change from the status quo, but any reactionary change comes with its own agenda.

Millions of people feeling left out of the technology-driven economy in the US voted for Trump in the hope that it would benefit them. But what is unravelling is quite the contrary. Trump has proven to be a dangerous, loose cannon firing at will without a semblance of rationality. He has withdrawn from the Paris accord, which for the first time has all the nations except two (now three) agreeing to work together to safeguard our planet. With this departure and Trump’s alienation from NATO, Europe has bonded together and with China asserting itself and India starting to emerge, we are heading towards a new world order.

But, what will these changes mean for the average person? Will it lead to us living in peace with each other? It looks unlikely. We are getting more and more isolated. Perhaps we are entering the last stage of the kalyug where we destroy ourselves. Only time will tell.