In 1984, Rajiv Gandhi won a landslide victory riding the Indira sympathy wave. The Congress won 411 of the 542 seats in Lok Sabha. It was the mother of all mandates! At 40, he was the youngest prime minister, just what India needed then—a young, clean, modern thinking and globally exposed PM. There was much hope from all quarters about the possibilities of real change, especially of a clean and corruption-free government.

Of course, his five years proved to be a huge disappointment. While he could have opened up our economy to the world by lifting our protectionist policies, he just fiddled around with tariffs and made cosmetic changes. His ‘Mr Clean’ image was tainted by the Bofors corruption scandal. The Shah Bano case proved to be hugely divisive. Then, there was the inept handling of LTTE issue, for which he paid the ultimate price. What an opportunity lost.

Rajiv could have revitalised our failing public education system, built a strong healthcare net, ensured that people at all levels could access clean drinking water and laid the foundation for strong economic growth. And, having had the experience of managing the 1982 Asian Games, which he did very successfully, he could have laid the foundation for a robust sporting nation by building strong, effective and corruption-free sporting bodies. Instead, we lost our way till we became bankrupt and had to pawn our gold and be coerced to open our economic doors to the rest of the world.

Fast forward to 2014. The unthinkable happened. Narendra Modi won a landslide victory; no less remarkable than the 1984 elections. In fact, what he and the BJP did to the Congress was far more dramatic than 1984. Modi had no wave to ride on. He and his team put together a brilliant campaign that has all but decimated the Congress.

What an opportunity Modi has to reshape India into one where its people can thrive. And, there have been some obvious changes. With a workaholic prime minister making exacting demands of his team, we finally have a government that is actually doing work! Bureaucrats at the Centre are punctual and more efficient than before. India’s image around the world has been positively affected by Modi’s infectious energy to connect with countries on their soil. Never have we ever seen a PM more in tune with the world and proactive about India’s position as a legitimate world power.

And, yet, it has been a difficult four years with growing assertiveness from the suppressed Hindu communities. Demonetisation was a burden on the average man. While GST has finally seen the light of day, the execution has been poor. The Aadhaar programme continues to be directionless and unclear. Triple-talaq could make for another flash point. And, in spite of the benefit of low oil prices, the economy continues its sluggish growth. 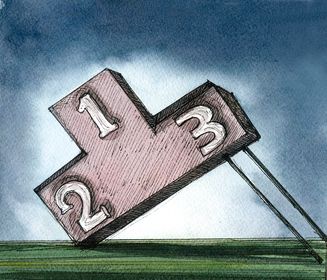 It is fine to build bullet trains and make our country tech-enabled. But, of greater need is to set the fundamentals right. Take sport, for example. What is needed is a ground-up overhaul of the system. To start with, the aim of winning Olympic medals by tweaking an existing system is flawed. We need to first build our capacity at the grassroots before aiming for the stars.

Our demographic dividend cannot be leveraged without these basics in place. But, a view of India from the perspective of the average citizen is needed for that, and it is not just about being in power and wanting to stay in power. One can only hope that the people’s amazing mandate is not wasted yet again.