Hop, skip and jump for joy

The recent Asian Athletics Championships at the Kalinga Stadium in Bhubaneswar brought back memories. I have been to the Olympics, the World Championships and the Asian Games, all of which have a greater following, but it always felt great to be part of the women's squad, which was the pride of Indian athletics and among the best in Asia in the mid-1980s.

The Bhubaneswar edition, the 22nd in the series, saw India set a new benchmark with an unprecedented haul of 29 medals, which put it on top of the leader board. Sceptics may say that some of the top countries did not send their best, but the fact remains that you can only compete against those who turned up. It was not India’s fault. However, the relevance and timing of the meet are important, as the more our athletes compete at such meets, the better their performance will be in the lead-up to the World Championships (in August) and the Asian Games (next year).

I was fortunate to be part of three editions of these games, in 1985, 1987 and 1989. At the 1989 games, held in New Delhi, I won silver in the 200m race. It goes without saying that P.T. Usha was then the star athlete and the best in Asia, winning five gold medals at the 1985 event in Jakarta, an edition that was only my second international event after the South Asian Federation Games. Usha’s success gave Indian athletics, particularly women athletes, a new high. My sister Pushpa and I were part of the contingent, which was a proud moment for us. At all of 18 years, the experience of the games set me on the road for a memorable career. Soaking in the atmosphere, meeting the best athletes and also training alongside them, I was in awe of everything.

In hindsight, I wonder what we could have achieved had we been provided the kind of exposure in terms of coaching, diet and technology that athletes get now. Our performances in the 1980s were probably the same as those almost two and a half decades ago. But, I am happy that today's athletes are far more aware and organised, and have a team of coaches and support staff in training centres. 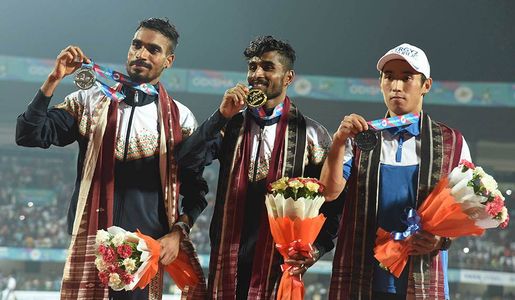 Home advantage played a part, as it did in the 1989 edition and the 2010 Commonwealth Games, both of which were held in New Delhi. The euphoria and community participation are the positives of hosting mega events, which bring renewed energy into sports. Muhammed Anas and Nirmala Sheoran dominating the 400m race, Sudha Singh’s return (in 3,000m steeplechase) and G. Lakshmanan's double gold in the 5,000m and 10,000m race—making him the Mo Farah of Indian distance running—were some of the highlights of the games.

The challenge now is to sustain this performance or even better it in the upcoming World Championships and the Asian and Commonwealth games. Nevertheless, it is commendable that Indian athletes in both track and field events have achieved the qualifying standards of world events.

The Odisha government did a commendable job by successfully pulling off the games in record time, with great participation from the home crowd and incentives for medal winners.