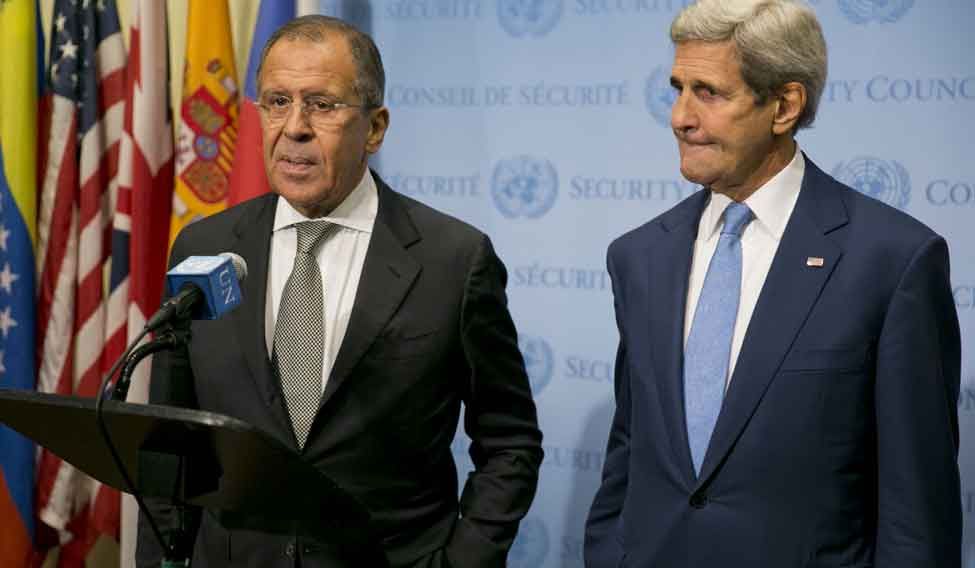 With Russia opting to take the plunge in Syria, the US and its allies could be forced to change their strategy against the Islamic State

Knock yourselves out,” was the advice given by a senior US official to Russian President Vladimir Putin after he outlined the need to launch an active front against the Islamic State during his speech at the United Nations. Putin, who was making his first appearance at the UN General Assembly in ten years, seems to have taken it to his heart. A couple of days later, on September 30, Russia announced that it launched its first air strike against IS assets in Syria, targeting military equipment, communications centres, vehicles and ammunition dumps. Russian Foreign Minister Sergey Lavrov said the strikes were in response to a formal request from Syrian President Bashar al-Assad. “On September 30, in response to a letter by the President of Syria, the President of Russia asked and received the consent of the Council of Federation for the use of the armed forces of the Russian Federation in the Syrian Arab Republic,” said Lavrov.

Russia’s decision to escalate the conflict in the region by charting its own course has become a major cause of worry for the US, which, in fact, asked several countries to close their air spaces to Russian aircraft flying support missions to move men and material to Syria. Russia has been gradually building up a military presence in Syria over the past couple of months, deploying T-90 tanks, howitzers and armored personnel carriers. It has also erected prefabricated housing to accommodate thousands of military personnel. According to US intelligence sources, around 600 Russian troops have already moved in. Russia has also brought Su-25 Frogfoot planes, Su-24 fighters, Su-34 Fullback fighter jets and Su-30 Flanker aircraft as well as attack and transport helicopters to the Latakia air base.

It is quite possible that Russia was emboldened by a tacit US acceptance that the west’s Syria policy has unravelled. Speaking at the UN General Assembly, US President Barack Obama said he was open to cooperate with anyone, including Russia, to find a solution to the crisis in Syria. The US and its western allies have also become less strident in their demand to remove Assad from power before finding a solution to the crisis in Syria. Russia, on the other hand, maintains that there can be no solution to the problem without involving Assad.

Announcing the decision by the upper house of the Russian parliament to authorise military action in Syria, Federation Council Speaker Valentina Matviyenko charged that the western intervention in Syria was illegal because it was not authorised by the UN or Syria. “Russia is the only country that is carrying out that operation on a legitimate basis at the request of Syria’s legitimate authorities,” said Kremlin spokesman Dmitry Peskov. Apart from claiming a legal cover for its intervention, Russia has also announced a regional intelligence sharing mechanism on Syria and the IS in coordination with Iran and Iraq. It has also found support from France, which, too, has launched air strikes against IS targets. But, there are many in the west, who think the Russians may have plans beyond defeating the Islamic State. For instance, after the first wave of Russian airstrikes, a senior Obama administration official said the attacks served no strategic purpose in terms of combating the Islamic State, making it clear that the Russians were pursuing a different agenda.

General Phillip Breedlove, NATO’s supreme allied commander, said the Russian preparations suggested that its targets might be something other than the Islamic State. “I have not seen the Islamic State flying any airplanes that require SA-15s or SA-22s (Russian missiles). I have not seen IS flying any airplanes that require sophisticated air-to-air capabilities,” said Breedlove. These very sophisticated air defense capabilities are not about IS. They’re about something else,” he said.

He could be right. Putin, for instance, is worried about the radicalised jihadis from the former Soviet republics who are presently fighting in Syria, returning to their own countries. “There are more than 2,000 militants in Syria from the former Soviet Union. Instead of waiting for them to return home, we should help President Assad fight them there, in Syria,” said Putin at his speech at the UN.

Russia would also be interested in maintaining a strong military presence in the Middle East, irrespective of Assad’s future. It is possible that the enhanced Russian military presence in Syria would continue even if Assad loses ultimately. Maintaining warm-water ports and airfield capabilities in the eastern Mediterranean is a key feature of the Russian defence strategy in the region, which would ensure control over sea lanes of communication and cargo routes.

Finally, the Russian surge into Syria is likely to affect anti-Assad groups like Jaish al-Islam, which is supported by Saudi Arabia; Ahrar as-Sham, propped up by Turkey; and Jabhat al-Nusra, the flagbearer of Al Qaeda in the region. These groups occupy a large territory that lies between the strongholds of Assad and the IS, and these are in direct conflict with the official troops. Russia is likely to tackle these groups before taking on IS militants. According to a number of reports, Russian drones and airplanes have been flying reconnaissance missions over areas controlled by these three groups even as they avoid territory controlled by the IS. The move has not gone down well with countries like Saudi Arabia, which have vehemently opposed Russian airstrikes.

Interestingly, Foreign Policy reported that on the first day of Russian airstrikes, the targets have been largely non-IS groups, which were fighting Assad. It cited the case of Tajammu al-Aaza, one such group, which has possibly received weapons and training from the CIA to fight Assad. This could make things difficult for the Obama administration, having to finally choose between two of its arch enemies: Assad and the Islamic State. Clearly, there are no easy choices in Syria.