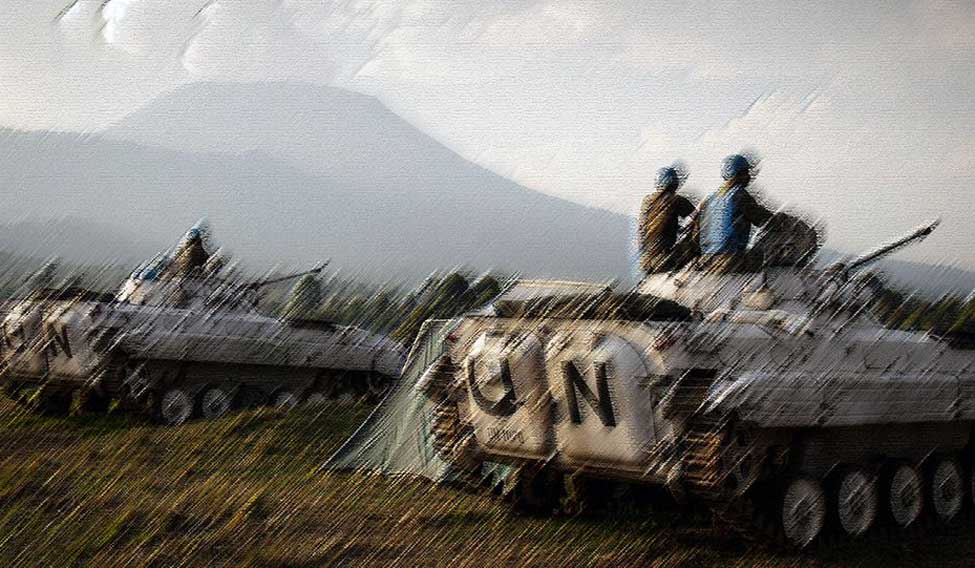 It was nearly two decades ago when the first reports about sexual abuse by UN peacekeeping forces surfaced. A resolution, however, is not yet in sight. The UN, at present, has 1,25,000 peacekeepers deployed in 16 missions worldwide. An internal investigation carried out by the UN’s Office of Internal Oversight have revealed several instances of abuse, made worse by the fact that the world body has not been able to take action against offenders. Appallingly, in many of these cases, the victims were children.

The latest instance of sexual abuse by UN soldiers came to light last week in the Central African Republic. A UN spokesperson said on June 23 that soldiers belonging to the UN Multidimensional Integrated Stabilisation Mission in the Central African Republic (MINUSCA) was suspected of sexually abusing street children in Bangui, the country’s capital city, making it the third case of alleged child sexual abuse in recent months. UN forces were deployed in CAR to maintain law and order after the country descended into chaos after a coup.

The internal report of the UN lists instances of sexual abuse dating back to December 2013. It has details about how peacekeepers from France, Chad, and Equatorial Guinea subjected young victims, some of them as young as eight, to abuse. They lured children living in refugee camps to the barracks by offering them food and other goodies. Sometimes, the kids were asked to find prostitutes who were living in the camp. When children came to the barracks in search of food, some soldiers fed them in exchange of oral sex. One young witness recounted how three soldiers from Chad sodomised his friend after which he could not walk properly for a few days.

The UN, however, failed to act on the six-page report. It infuriated Anders Kompass, a Swede, who was director of field operations. He leaked the report without redacting the names of the victims to French authorities so that they would initiate an investigation and punish the guilty. “I acted with the only concern of stopping the violations as soon as possible and in the context of the UN zero tolerance policy for sexual exploitation and abuse,” wrote Kompass. The leak, however, did not go down well with Kompass’ boss Prince Zeid Raíad Al Hussein, the UN high commissioner for human rights. Zeid asked Kompass to quit and when he refused, Kompass was suspended, pending investigation. He was, however, reinstated by a tribunal. Kompass got a lot of support from across the globe. US President Barack Obama has warned that his country considered Kompass a whistleblower and attempts to target him would lead to a reduction in American financial support to the UN.

UN Secretary-General Ban Ki-moon has now appointed a three-member panel to investigate the response of the UN to sexual abuse by its peacekeepers. A spokesperson for the organisation said Ban was deeply concerned by the allegations of sexual exploitation and and the response by the UN. The panel comprising Marie Deschamps of Canada, Hassan Bubacar Jallow of Gambia and Yasmin Louise Sooka of South Africa will have unrestricted access to all UN records, staff members and other UN personnel. The panel will begin its work in July and is expected to submit its report in ten weeks.

The problem, however, is not really about the lack of panels or investigations. The UN remains a toothless tiger in moving against its peacekeepers even when they are serving under its banner. That power is vested with national authorities of the soldiers. Moreover, the UN hardly ever attempt to take stern action, fearing it would embarrass the countries which supply troops. Often, even if a case is investigated and proved, the usual punishment is nothing more than sending the troops back and barring them from serving in future missions. India, which has over 8,000 troops on UN duty, had three substantiated cases of sexual exploitation or abuse between 2010 and 2013. Other countries with large contingents like Pakistan and Bangladesh, too, have only reported very few cases of abuse, which prompted the UN department of field services to conclude that the cases of abuse were individual failings. However, unless the world body puts in place an effective and foolproof mechanism to curb the deviant behaviour of its peacekeepers, its credibility will be soon at stake.