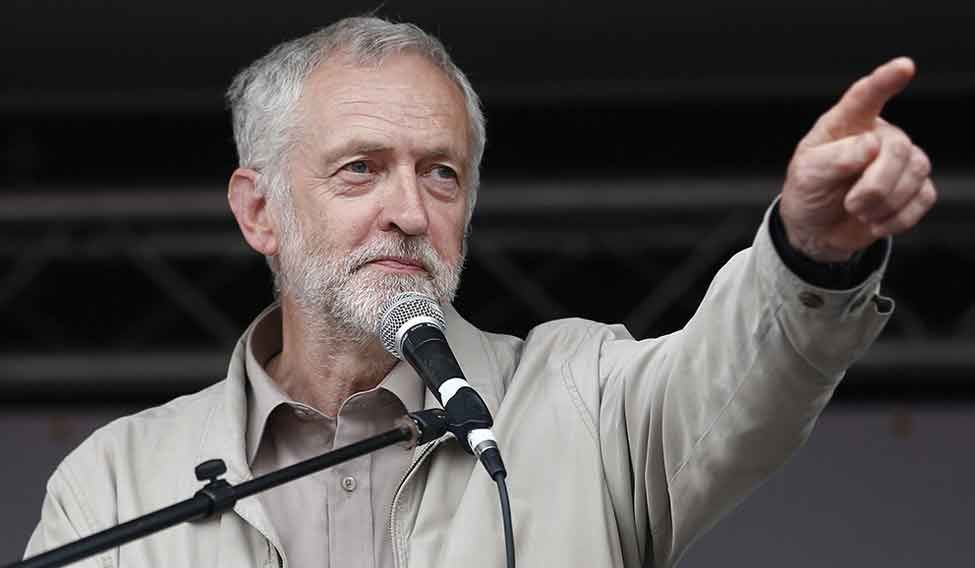 It is never easy to think of a British citizen who wants to abolish the monarchy, nationalise industries, terminate the “special relationship” with the United States and give up the country’s nuclear weapons. It is even harder to imagine that person taking over as the leader of the Labour Party. What Frederick Forsyth thought of as a plot by the KGB to take over the Labour Party in his 1984 novel The Fourth Protocol seems to have happened for real in British politics with the election of a radical left-winger, Jeremy Corbyn, to be party leader. Corbyn, whom bookmakers gave 200-1 odds to win the Labour leadership, surprised everyone, perhaps even himself, when the votes were counted on September 12.

Corbyn, 66, nearly failed to make it to the ballot paper as he required 35 votes from Labour MPs. Finally, some of them, who never supported Corbyn’s political positions endorsed his name as a candidate to broaden the debate within the party. Corbyn, undoubtedly, was helped by a rule change in the Labour Party, which allowed everyone with a three pound membership to vote in the leadership elections. Most of the 1,00,000 new members were Corbyn supporters. And, by the time the elections were held, the leftist tide had turned so strongly that Corbyn recorded an overwhelming victory, decimating his three opponents, Yvette Cooper, Andy Burnham and Liz Kendall.

For his staunch supporters in the left, Corbyn is the antidote to the Labour’s steady drift to the neo-liberal Thatcherite consensus that started in 1983, when it was thrashed by the Tories in the parliamentary elections. For this group, Tony Blair, who won three elections for the Labour was no different from a Tory. For them, Corbyn’s mandate now is to take the party back to the “ideologically pure” days of the 1970s.

A vegetarian and a teetotaller, Corbyn grew up in the picturesque Wiltshire village of Kington St Michael. His mother Naomi was a maths teacher and his father David an electrical engineer. They met in London at a rally against Franco’s fascist rule in Spain. The family later moved to a seven-bedroom manor house in the hamlet of Pave Lane, in Shropshire. Dinner conversations at the Corbyn household were mostly political and the socialist leanings of his parents no doubt influenced young Corbyn.

After school, Corbyn went to Jamaica for two years to work with a voluntary organisation. Upon his return to the UK, he joined the North London Polytechnic, but had to leave midway following disagreements with his teachers. He soon found his calling in trade union activism and started working with the Amalgamated Engineering and Electrical Union and the National Union of Public Employees. It brought him close to the Labour Party and in 1974 he was elected to Haringey District Council, in North London. He became an MP in 1983 from Islington North. He has never lost since then and his majority has gone up from 5,600 to 21,000 in the 2015 elections.

In an era of excesses, Corbyn stands out with his frugality. He does not even own a car and he usually has the lowest expenses claims of any MP. He can often be seen riding a bicycle, meeting with voters in his constituency. While his eccentric mannerisms and impeccable integrity have made Corbyn a role model for the radical activists, his appeal for the mainstream appears to be limited. Labour stalwarts were, in fact, appalled by his victory in the party polls, as they fear that politics for Corbyn is limited to rigid theorising, undercutting the possibility of pragmatic deal-making, the lifeblood of everyday politics that is required to win votes. Corbyn, for instance, has always been a rebel and has never cared for party policies or whips. He holds the record of voting against the party whip for more than 500 times in his parliamentary career. His critics think that he might continue with such style of functioning, making Labour a protest movement, instead of a credible alternative to the Conservative government.

On most issues, Corbyn is instinctively anti-mainstream. He opposes the US and Israel on nearly all conceivable issues, claims to be a friend of Hamas and Hezbollah, feels that the UK does not need nuclear weapons, is in support of nationalising all key industries, is staunchly opposed to foreign interventions in places like Iraq, Syria and Afghanistan, is open to a national maximum wage, opposes austerity measures, supports immigration and even campaigns for the abolition of monarchy. While such radical positions may win him the support of the radical leftists, mainstream Britain is unlikely to be overly enthusiastic about such policies.

Although he got some support for his performance during the Prime Minister’s Questions in the Parliament in his capacity as the party chief, his inability to nominate women to any of the senior shadow cabinet positions and his reluctance to sing the national anthem during a function have invited strong criticism.

A survey conducted by The Independent after Corbyn’s election has revealed that 20 per cent of the people who voted for Labour in the general elections last May are likely to vote Conservative next time. Even more alarming for Corbyn is the result that 67 per cent of people belonging to the lowest socioeconomic strata, who form the main support group for Corbyn, said they were less likely to support the party in the next elections.

Moreover, as many as 90 per cent of the Labour MPs are said to be against the leadership of Corbyn. However, his overwhelming victory in the leadership polls has silenced them for now. But the MPs, who have mastered the art of competitive politics are unlikely to keep silent for long. Such disaffection could also lead to a gradual drifting away of members to the Liberal Democratic party, which performed disastrously in the last general elections following a term in the government in alliance with the Tories.

Tim Farron, the new Liberal Democrat leader, too, criticised the new path chosen by the Labour party and said Labour’s move to the left had created “a very large potential vacated space in the British political landscape”. Corbyn will have to try his best to stop his disaffected centrist flock from crossing over to the Liberal Democrats or even the Tories. His critics are likely to give him time, possibly till the London mayoral elections in May. If Labour fails to retake London, there will be a major challenge against Corbyn’s leadership. It will mean that Corbyn will have to don an unfamiliar hat of the compromising comrade, something he has never done in his life.

It was inability to compromise that made Corbyn divorce his second wife (He is now with his third wife). He second wife Claudia apparently wanted to send their son Ben, who now coaches the Premier League team Watford, to the prestigious Queen Elizabeth Grammar School in Barnet. Corbyn would have none of it and said Ben would be sent only to a local Islington school. And, that was the end of the marriage.