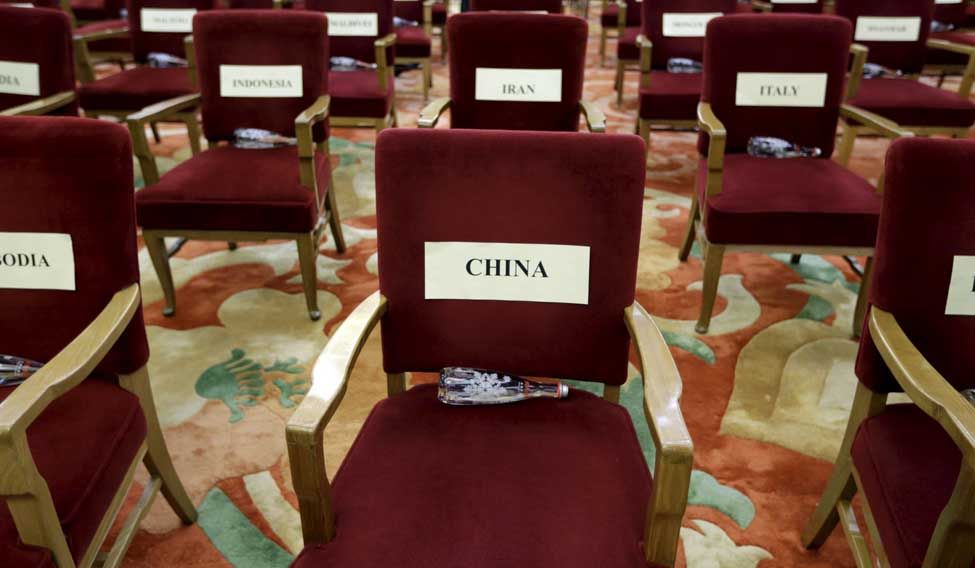 Seats for the delegates from China and other member countries are pictured ahead of a signing ceremony of articles of agreement of the AIIB, at the Great Hall of the People in Beijing | REUTERS

Under China’s leadership, business sans ideology could be the motto of the new Asian bank​

With their arcane rules and bureaucratic mazes, the giant global financial institutions like the World Bank and the Asian Development Bank are sometimes ​equated with dinosaurs, as they struggle to cope with the rigors of the modern world and its requirements. So, when China takes the lead in conceiving a new financial institution, market watchers are expecting a dragon in the place of the dinosaur.

The Asian Infrastructure Investment Bank, a dream project of President Xi Jinping, has so far been running in top gear. First proposed by Xi less than two years ago, the AIIB is already up and running with delegates from 50 countries signing articles of the bank to finalise their share and the bank's initial capital at a ceremony held in Beijing's Great Hall of the People on June 29.

The AIIB will have an authorised capital of $100 billion and China will be its biggest shareholder, with a 30.34 per cent stake. It will have 26.06 per cent of the voting rights. The voting shares are based on the size of each member country’s economy and not its contribution to the bank’s authorised capital. India, the second largest shareholder, has a stake of 8.52 per cent and a voting share of 7.5 per cent. Other major shareholding countries are Russia, Germany and South Korea. Countries from "within the region" will have 75 per cent stake in the bank. The bank's board will have 12 directors—nine from Asia and three from outside the continent—and will meet only periodically. This is different from the system followed in the Bretton Woods institutions where a resident board oversees day-to-day activities. China says it is following the new path to cut down bureaucratic red tape, but not everyone is convinced.

By virtue of its 26.06 per cent voting rights in the bank, China would have a limited veto. It will be evident on issues requiring a super majority, which has been pegged as 75 per cent of the total votes. A super majority is needed to choose the president of the bank, sanction funding of projects outside the region and to allocate the bank's income.

This has revived the fear that the AIIB, for all intents and purposes, will be a Chinese project. The bank will be headquartered in China and its first president is most likely to be Jin Liqun, a former deputy finance minister of China and the country's representative to the World Bank and the Asian Development Bank. Yet, the United States, Europe or Japan are in no position to criticise China over the issue as the World Bank is always headed by an American, the International Monetary Fund's head has always been a European, while the Asian Development Bank has never had a non-Japanese head. 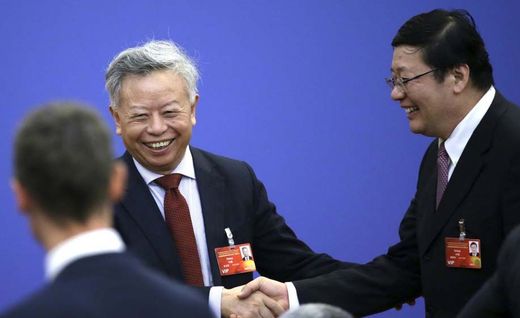 Jin Liqun (L), current secretary general of the Multilateral Interim Secretariat of AIIB, shakes hands with China’s Finance Minister Lou Jiwei ahead of a signing ceremony of articles of agreement of the AIIB, at the Great Hall of the People in Beijing | REUTERS

But China says it is not going to copy the style and substance of the Bretton Woods institutions and will learn from the mistakes they had committed. “This will not be a simple cloning of existing institutions. We will learn a lot from them,” said Jin Liqun.

The AIIB is expected to focus on energy, transport and infrastructure development in Asia, and in doing so, it is expected to complement the functions of the ADB and the World Bank. However, unlike the Bretton Woods institutions, which are moulded in the image of western liberal institutions, political considerations are unlikely to restrict the AIIB's funding, making it an attractive option for authoritarian and semi-authoritarian regimes in need of aid. Moreover, it provides Beijing an opportunity to invest its surplus funds in its neighbourhood, using the money to buy influence and also provide an opportunity of growth to huge infrastructure companies in China.

Another reason behind China pushing for a new financial institution is its frustration against the agonisingly slow pace of reform of the IMF and the World Bank. Although China has become the second largest economy in the world, its voting shares in these traditional institutions have not changed much as they remain skewed in favour of the post-World War II global order. It has made China, and to a certain extent India, too, feel left out and resentful.

The success, so far, of the AIIB also demonstrates the growing clout of China. India, which vies with China for influence in Asia, was among the first countries to jump on the AIIB bandwagon despite the reluctance expressed by countries such as the US. However, in the end, the US could not hold back even those countries which it consider to be its closest allies. The only two major economies that stayed out of the AIIB along with the US are Japan and Canada. The US fear about the AIIB was expressed by a spokesperson of the state department who said “at the AIIB, the US wanted to see the high standards of governance, reflecting the way international financial organisations like the World Bank and the IMF have operated over the past  70 years.”

But China is unlikely to pay much attention to such philosophical nitti-gritties. Xi has made it clear that the AIIB was aimed at meeting the infrastructure needs of Asia. What he left unsaid was that the new bank would not be checking the political affiliations of its prospective clients before doing business with them. And, it could rewrite the rules of economic governance not just in Asia, but across the globe.