For all those who have been day-dreaming about a revival of the Congress's fortunes under Rahul Gandhi's leadership the Uttar Pradesh election result should be a wake-up call. Electoral snooze technology ensures regular reminders if one chooses to ignore the first alarm bell. I am sure the Congress’s utterly pragmatic leadership is fully aware of the actual state of affairs, even if its spin doctors and fellow travellers among the commentariat try to give the impression that the recent run of bad luck is just par for the electoral course. In a democracy, what goes up will come down, and what goes down can come up.

The Congress’s realists know that a deep crisis of leadership is staring them in the face. It is the party’s “After Nehru who?” moment. Of course, there was life after Nehru, and there will be life after Sonia Gandhi. But, the fact remains that after Nehru the Congress still had a large number of popular leaders, at the national and regional levels.

When the party finally chose Nehru’s daughter, after Lal Bahadur Shastri’s premature demise, she cemented her place at the top by delivering at the hustings. She then sealed her position by getting rid of potential rivals and turning the Indian National Congress into the Indira Congress.

In a manner of speaking, that is what Sonia also did. While P.V. Narasimha Rao tried to recover the Congress from the Nehru-Gandhi family, Sonia ensured that the Indian National Congress became the Sonia Congress. 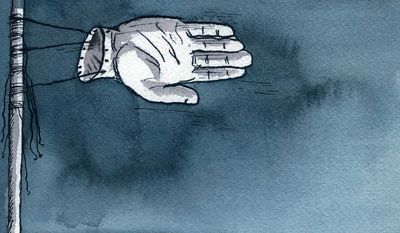 By agreeing to enter a coalition with an assortment of parties that the Congress had previously fought—including the DMK and the communists—Sonia managed to install a Congress-led coalition in New Delhi. What the past decade has shown is that like Rajiv Gandhi, who failed to build on the base he inherited from his mother, Rahul, too, has failed to build on the base he has inherited from his mother. So the question for the Congress remains: After Sonia what?

For public record, most Congress leaders would say the current dip in the party’s performance is part of a natural electoral cycle. Look at Punjab, look at Goa [where the Congress emerged the single largest party]. There is Rajasthan waiting to be taken. Perhaps Madhya Pradesh, too. The fact is that most party leaders, especially those who have to fight elections to remain relevant, are worried. They do not see Rahul as a vote-catcher. After the UP result, even Priyanka Vadra will not be seen as someone who can deliver power in New Delhi.

If members of the Sonia Congress wish to revive the Indian National Congress, and seek life beyond Sonia, the route for them to take has been well laid out by the likes of Mamata Banerjee and Amarinder Singh. Mamata followed the Sharad Pawar route—exit but stay in touch. Amarinder has followed the Y.S. Rajasekhara Reddy route—keep New Delhi happy, but brook no opposition at home. Both models help build regional leaders who can then seek national office. In Sonia’s time, this was not possible. In a post-Sonia Congress, it will be.

Consider how Narendra Modi built his brand. From 2004 to 2013, the Bharatiya Janata Party was going nowhere nationally. Regional leaders ensured victory for the party in their respective states. In Delhi, there was no one in a position to challenge the Congress leadership. L.K. Advani was the Rahul Gandhi of the BJP. Just hanging around at the top without delivering. He became dependent on Modi for his own election to the Lok Sabha. Not surprisingly, Anna Hazare and Arvind Kejriwal entered that political vacuum. Modi built his political base in Gujarat and then laid claim to national leadership. If individual Congress leaders build their own regional base then one of them can, at some future date, hope to emerge as a national leader. It will take time and effort.