Tennis not for vegetarians 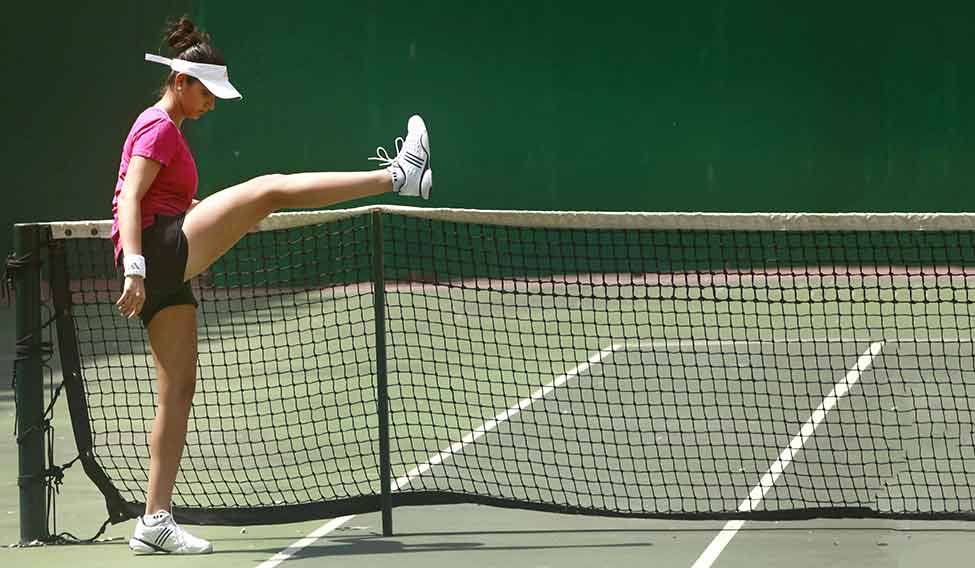 Fitness mantra: Bodybuilding and training during the off-season is essential, says Sania | AP

Tennis is a very physically demanding sport, and it is critical to be in the best shape possible in order to have any chance of being able to compete at the highest level of the game. Talent can take you some distance in the pursuit of glory in the world of tennis, but there are limits to how far you can go without proper fitness levels.

Carbohydrates are the staple diet of professional tennis players, and pasta and rice are a very important part of our intake, particularly during tournament time. Carbohydrates are known to release energy over a prolonged period of time, and this ideally suits a tennis player who needs to sustain her energy over two or three hours while competing. Raw vegetables like broccoli, carrots, cauliflower and beans can be added to one's menu before going onto court. During long matches, these have to be supplemented with instant energy providing food like bananas, fruit juices and energy bars that can lift the sagging physical condition of an athlete.

Chicken and fish are recommended for consumption a few hours before the start of a match. Most players prefer to avoid red meat at least six or eight hours before competition as it has the tendency of slowing you down. The body primarily focuses on breaking up and digesting the red meat that has been consumed and, in the process, a tennis player's reflexes and movements distinctly slow down, at least for a few hours. This could cause a serious impediment to a high level of performance on the tennis court.

Having said this, I would like to add that it is virtually impossible for a pure vegetarian to become a professional tennis player. This is a gruelling sport, played week after week and day after day, and recovery of the body is of paramount importance in delivering results. Proteins are essential for the body's quick recovery. I have seen a few tennis players who turned vegetarian on tour but failed miserably at the game soon after and had to get back to being non-vegetarian to salvage their sliding careers.

The off-season in November-December each year is the time when there are no tournaments and tennis players are under the radar. However, this is the period when they are probably putting in the maximum effort in building their bodies in the gym and on the fields in order to protect themselves from a breakdown in the coming season. Aerobics is an important part of our regimen, and strength training is essential for speed and power. I have used professional help to enable me to build my body during the off-season year after year. Robert Ballard has worked with me for the last few years. A former Olympian, he has the experience of having travelled on the ATP and WTA tours.

Four weeks of bodybuilding and training during this period prepare one for the tough grind ahead on the tour. However, once the tournaments get under way, it is no longer about putting on muscle as one has to focus on maintaining oneself in the best physical shape, recovery and conserving as much energy as possible in order to perform at one's optimum level in matches.