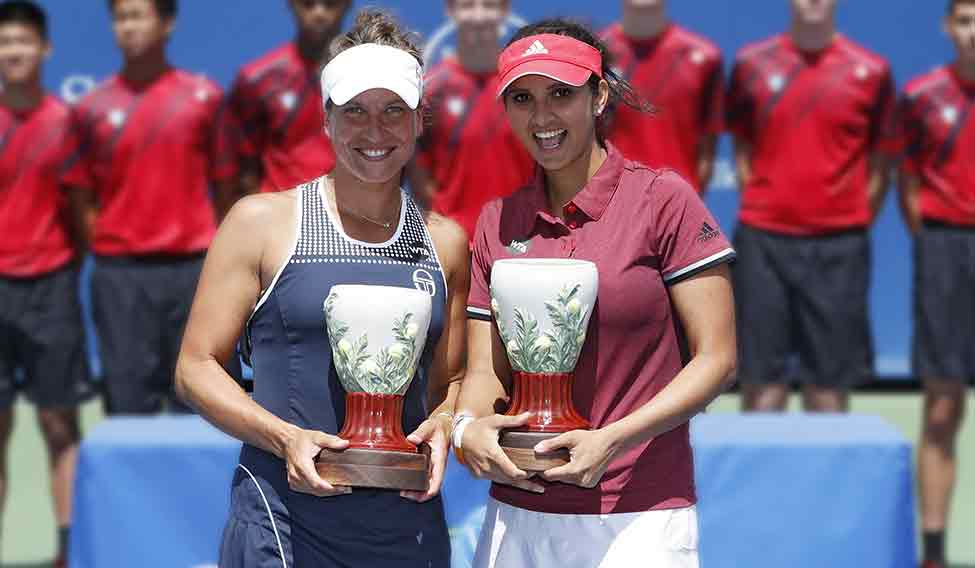 Tennis is a dynamic game, and one has to constantly adapt, change and improve in order to survive at the highest level. Martina Hingis and I had shared an unbelievable and enviable record together, when looked at in its entirety. But it was time to move on.

My new partner, Barbora Strycova, is from the Czech Republic. Though we have not been the best of friends, we do go back a long way. We played the Junior ITF circuit together, and she was the world no 1 in singles as well as doubles in the under-18 category.

We have played several doubles matches against each other, including a third-round clash at the US Open last year. Barbora specialises in playing from the advantage court [left side of the court], and this suits me, as I prefer to use my biggest weapon—the forehand—while playing from the deuce court.

We have made a great start by winning the Cincinnati Open on August 21, and this has improved Barbora's doubles ranking from 38 to 21, which should enable us to garner a reasonable seeding in future tournaments.

In the final, we beat Martina Hingis and her new partner, Coco Vandewighe. This, I have to say, was a very difficult match for Martina and myself to handle emotionally. It is never easy playing against an ex-partner, but, as professionals, we consider it our duty to go on court and give our best. And that was just what we did.

Rain played havoc with the schedules in Cincinnati, but Sunday turned out to be a beautiful day bathed in glorious sunshine. It was wonderful to watch Barbora's tremendous fighting qualities during the course of the five matches we played in Cincinnati.

Despite having played three tough singles matches, she fought admirably and provided enough support to not only beat the reigning champions—the Chan sisters—but also overcome three teams we had lost to in recent times, before beating Martina and Coco.

Barbora is a top 20-level singles player as well. In order to stay fresh for the singles and doubles at the US Open [starting on August 29], she decided to rest this week. Hence, I am playing with Monica Niculescu of Romania in the Connecticut Open in New Haven.

We have partnered each other before, and the main reason for playing this smaller tournament is to get some match practice before the US Open.

I am now in my 72nd consecutive week as the world's no 1 women's doubles player [earlier shared with Martina, now the sole topper]—just one week short of Spanish veteran Arantxa Sanchez-Vicario, who was world no 1 for 73 straight weeks.

Martina Navratilova, Cara Black and Liezel Huber are the only players who have had a longer continuous stint at the top of the doubles game than Arantxa and myself. I have no idea how much closer I would be able to get to their remarkable records.

I must say that I consider it to be a great honour and privilege to be in this elite company of all-time greats.